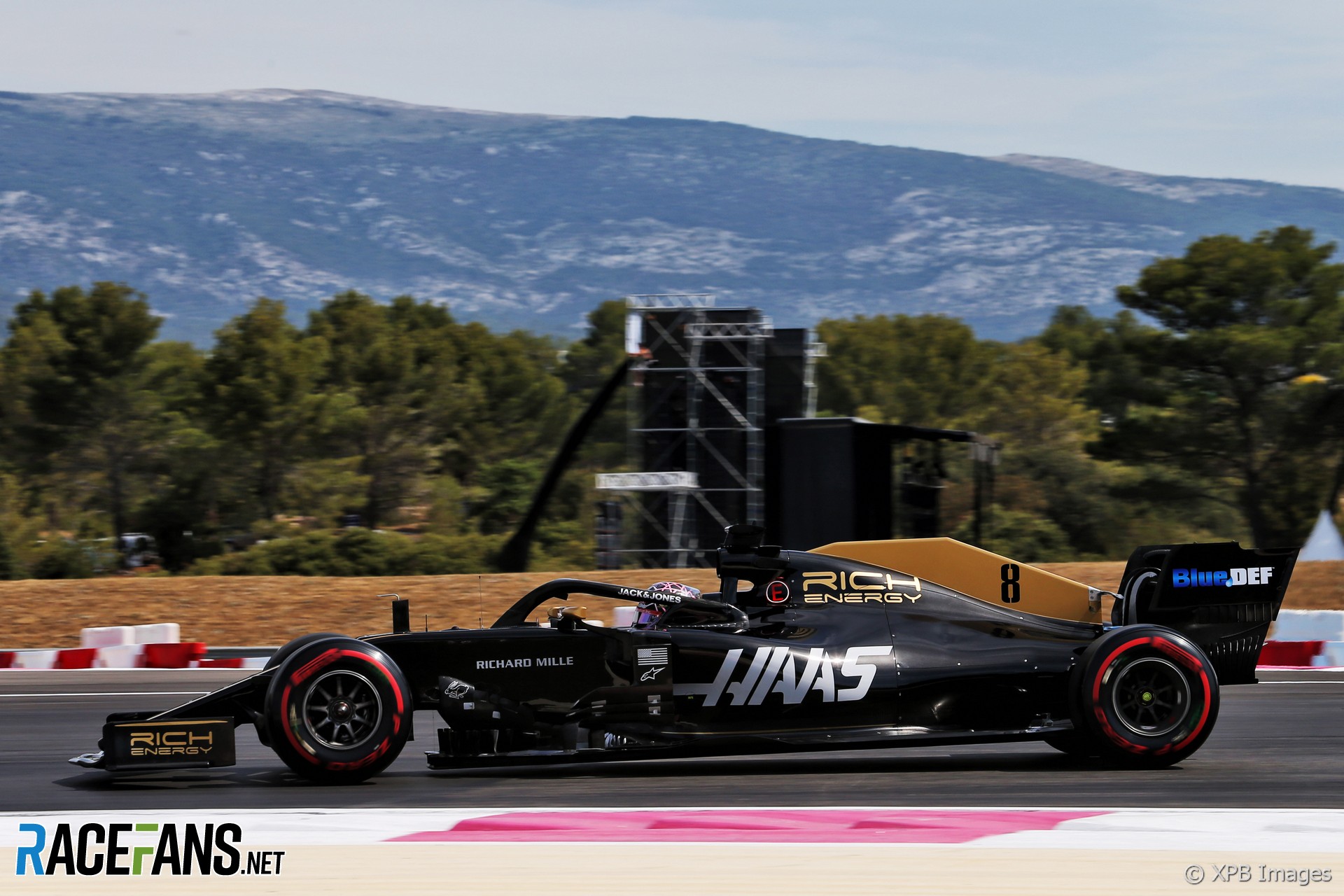 Romain Grosjean described his first day of running ahead of the French Grand Prix as “probably the worst Friday of the year” for Haas.

Grosjean missed a lot of running in the first practice session due to a technical problem and was heard repeatedly complaining about his tyres in the second session.

“Obviously I had a water leak in FP1,” he explained. “It’s OK when the car is really balanced and the baseline is good but I think our baseline was very, very far from what we’ve been running at the end of the day. So it put us on the back foot.

“In FP2 I had a massive front lock on the first attempt. Really no explanation for it so we just need to analyse and understand what happened there. A strange one. So at the end I ran five laps in the morning and one set of tyres the whole afternoon.”

However Grosjean said he was happier with his car’s balance by the end of the day. “It was complicated, especially that the balance initially was far off. But at the end of the high fuel I was much happier. I think we went in a good direction. Just a bit of a shame that we lost so much track time and we started so far off.”

Grosjean said the partially resurfaced track is also making life difficult for the drivers. “The new Tarmac is not great. As soon as you’re on the old one it works really well.

“The new one is very slippery and not very predictable. So we’ve seen a lot of cars spinning. Maybe it will get better during the weekend, gripping. But I kind of miss last year’s Tarmac.”

One comment on “Grosjean laments “worst Friday of the year””