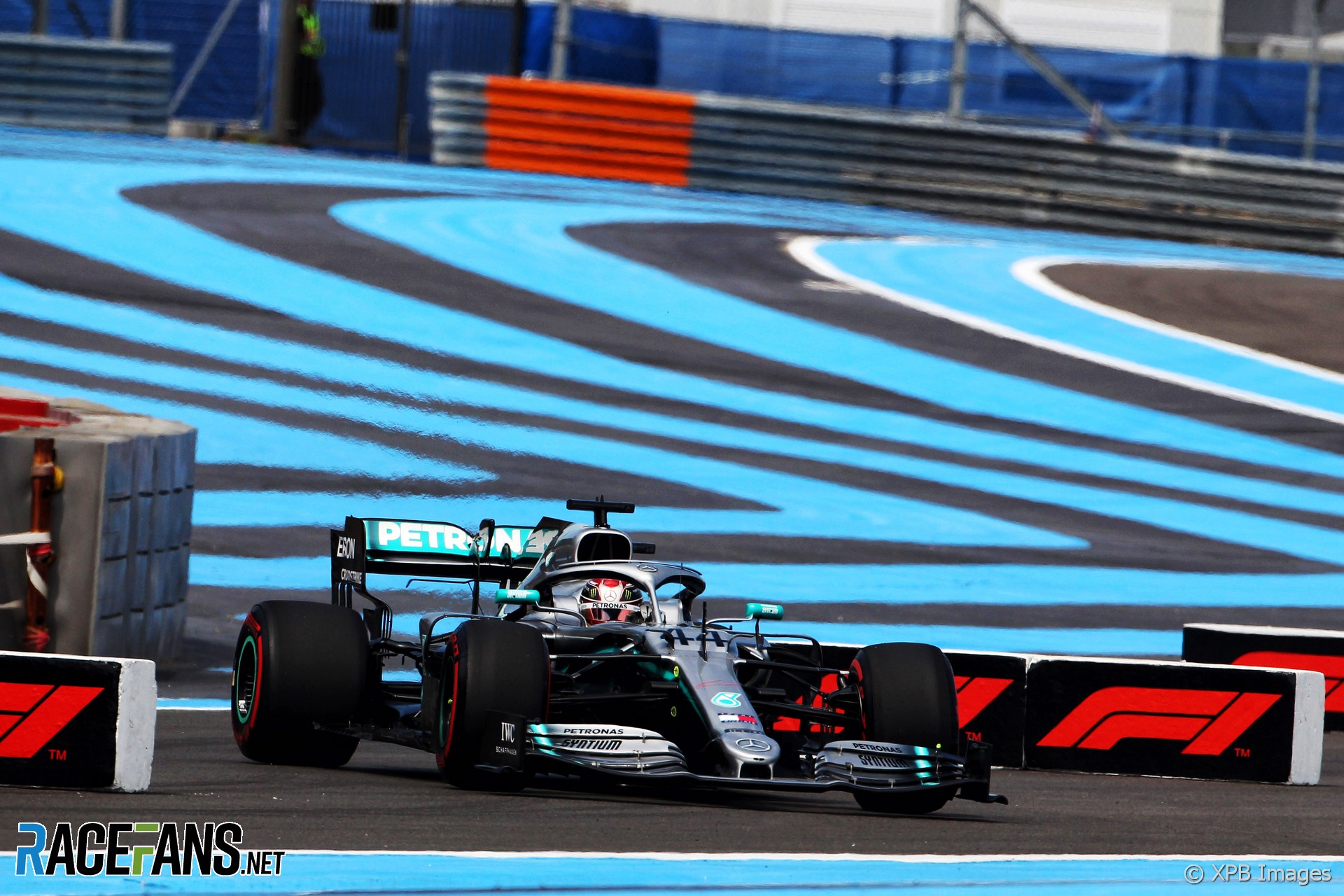 Lewis Hamilton will not face a penalty over his incident involving Max Verstappen during the second practice session at Paul Ricard.

The Mercedes driver spun off at turn four and skidded onto the run-off area. He rejoined the track between turns four and five as Verstappen was passing by. The Red Bull driver then went off at the exit of turn five as he passed Hamilton.

The stewards spoke to both drivers and reviewed video of the incident before deciding not to penalise Hamilton. “The drivers agreed that the situation was not particularly dangerous and did not give Verstappen a lasting disadvantage in this practice session,” they noted.

“Both drivers agreed that the limited rear visibility and the angle of car 44 made it difficult for Hamilton to see the approaching car and agreed that Hamilton re-joined slowly. The stewards could observe from the on-board video that Hamilton looked in his mirrors at least twice before attempting to re-join the circuit.”

The decision follows the stewards’ ruling earlier today not to permit a review of the penalty which cost Sebastian Vettel victory in the Canadian Grand Prix. The Ferrari driver was also investigated for rejoining the track in an unsafe fashion, in front of Hamilton, and was given a five-second time penalty.