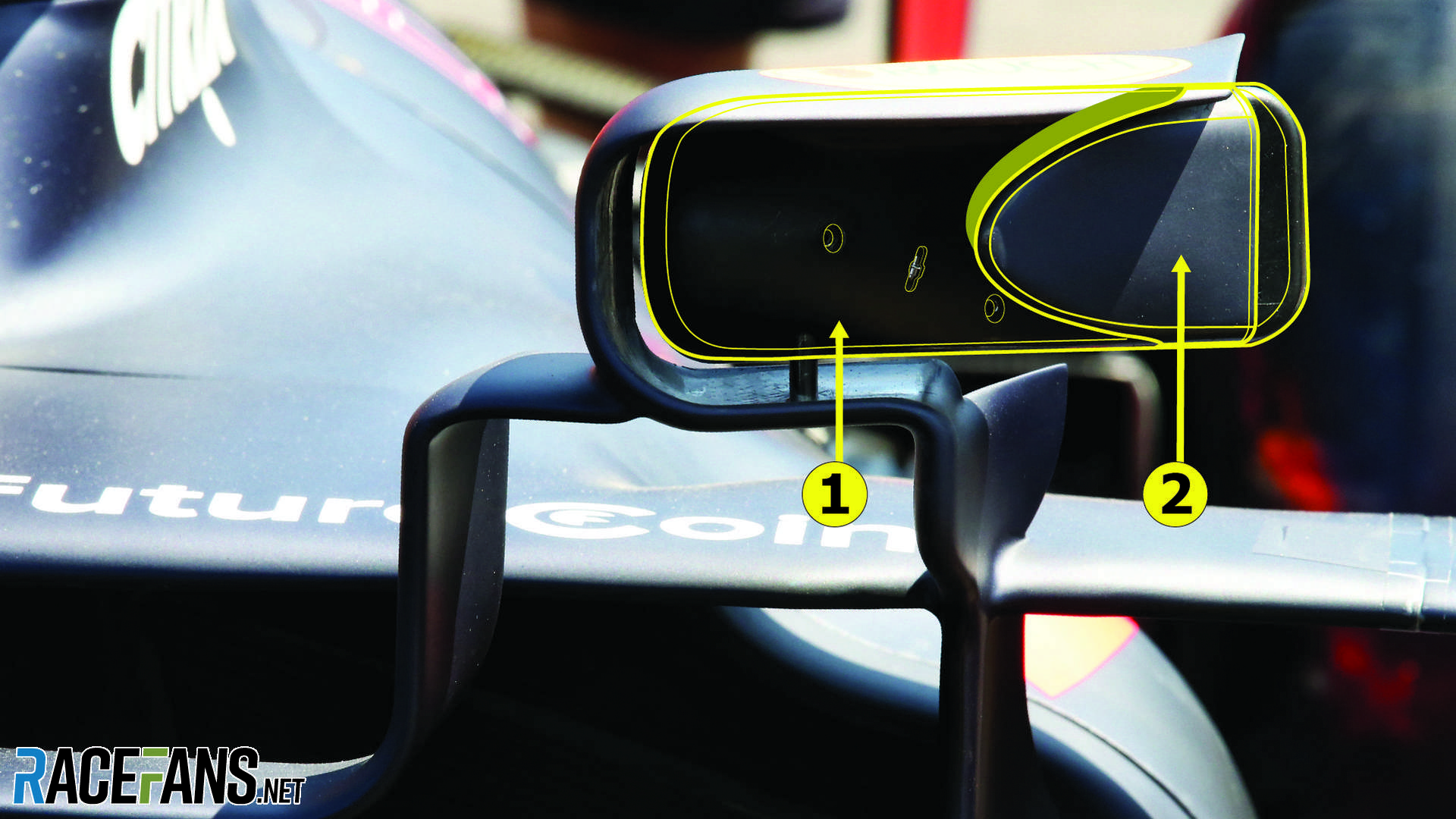 Red Bull have a new ‘spec three’ power unit courtesy of Honda this weekend, but have also brought two aerodynamic upgrades for their RB15.

The wheels probably offer the bigger gain in performance, although the really interesting part is not the wheel but the revised hubs inside. Internally we can see that the new wheel retains the nine-spoke design, but these extend closer the centre to create a larger opening and the wheel design has also lost the inner rim. It’s also evident that the stub axle and wheel nut are of a totally different design, being smaller in diameter. This change is also about the opening up of the space between the wheel’s spokes, as the hub has been opened up to blow more air through the wheel.

Blown axles were an ‘outwash’ solution, forcing air out from the side of the car, raced by most teams that were banned last season as part of the aero-simplification programme. To prevent air from being blown through the hollow to create outwash, the rules mandated that no air flow can pass through a circular section 105mm in diameter in the middle of the wheel.

Red Bull’s workaround up until now, as with most teams, has been to blow air around the perimeter of the brake disc. This was a trick used before the ban, but has been exploited much more aggressively this year. 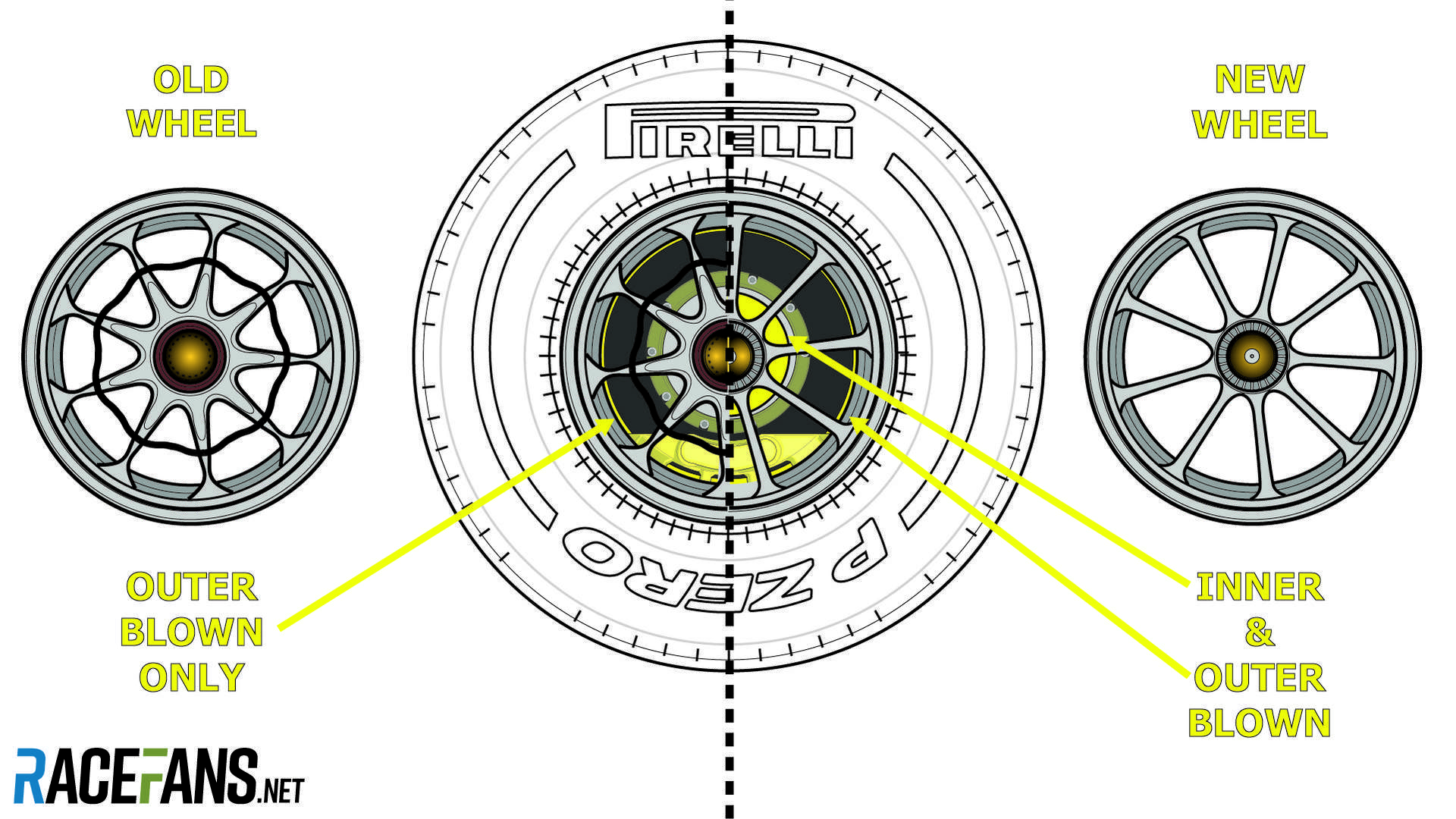 With these new wheels Red Bull has redesigned the rotating hub that supports the brake, wheel and wheelnut. Now this is more open and air flows straight through it without any meaningful cooling function. This airflow can pass through the larger wheel openings, but crucially outside of the 105mm radius, thus is a legal way to blow through the wheel for the greater aero benefit of a more outwash.

As other teams have caught on to Red Bull’s vaned wing mirror design, it has taken the solution a step further itself. Retaining the winged surround, the mirror housing inside has been reshaped. Now the main part of the mirror housing (1) is flatter, shaped more like a mobile phone than the usual pointed box. This flatter surface is partly angled to the airflow, due the angle the mirror needs to be pointed at to reflect what’s behind to the driver. This is probably used to act as a turning vane to the airflow to push it outwards.

To help divert the airflow hitting the mirror housing outwards, there is an extra section (2) redirect the airflow fitted. Air can flow behind this add-on section, so it may act like an extra turning vane.

Currently the published regulations allow this design, although tighter rules are due to come into effect for 2020. But this is getting to the point where the mirror designs are far exceeding the intention of the rules and the FIA have acted previously with technical directives to halt this sort of practice. As yet, it doesn’t appear to have acted upon this recent escalation in elaborate mirror housings and mountings.