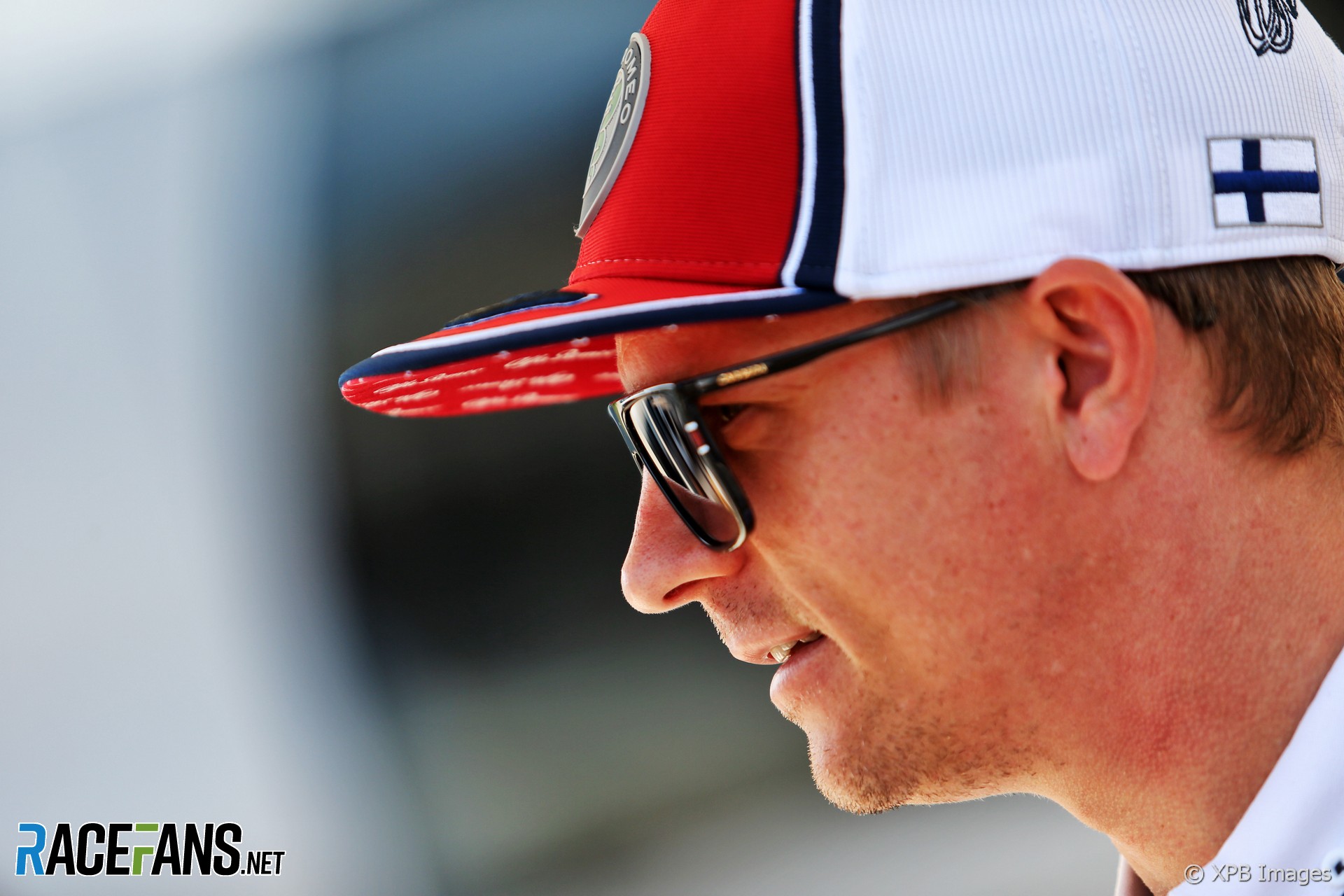 Kimi Raikkonen wasn’t surprised Daniel Ricciardo was penalised for putting all four wheels off the track while overtaking him on the final lap of the French Grand Prix.

Ricciardo collected two penalties within seconds of each other when he left the track at the chicane while fighting with Lando Norris, and again on the straight approaching Signes as he overtook Raikkonen.

Raikkonen said Ricciardo’s first penalty was “a bit on the limit – he went off and he came back, he didn’t go really wide.”

However he felt the Renault driver’s move on him was a clearer breach. “The second one, I knew there’s a track limit somewhere, especially on the straight. In corners sometimes it’s a bit difficult to say if it’s better or not.

“But I knew that if he wants the option to go on the right-hand side, yes there’s space, but the rules that I know you can obviously go there but something’s going to happen afterwards. That’s where he went.

“If there was a wall he wouldn’t go past me so it’s as simple as that. We all know the rules.

“I don’t think we think [about] the rules all the time when we driver but you do the decision and for sure at some point when he got past he probably though let’s see what happens, that’s the result.”

15 comments on “Raikkonen not surprised by Ricciardo’s penalty: “We all know the rules””