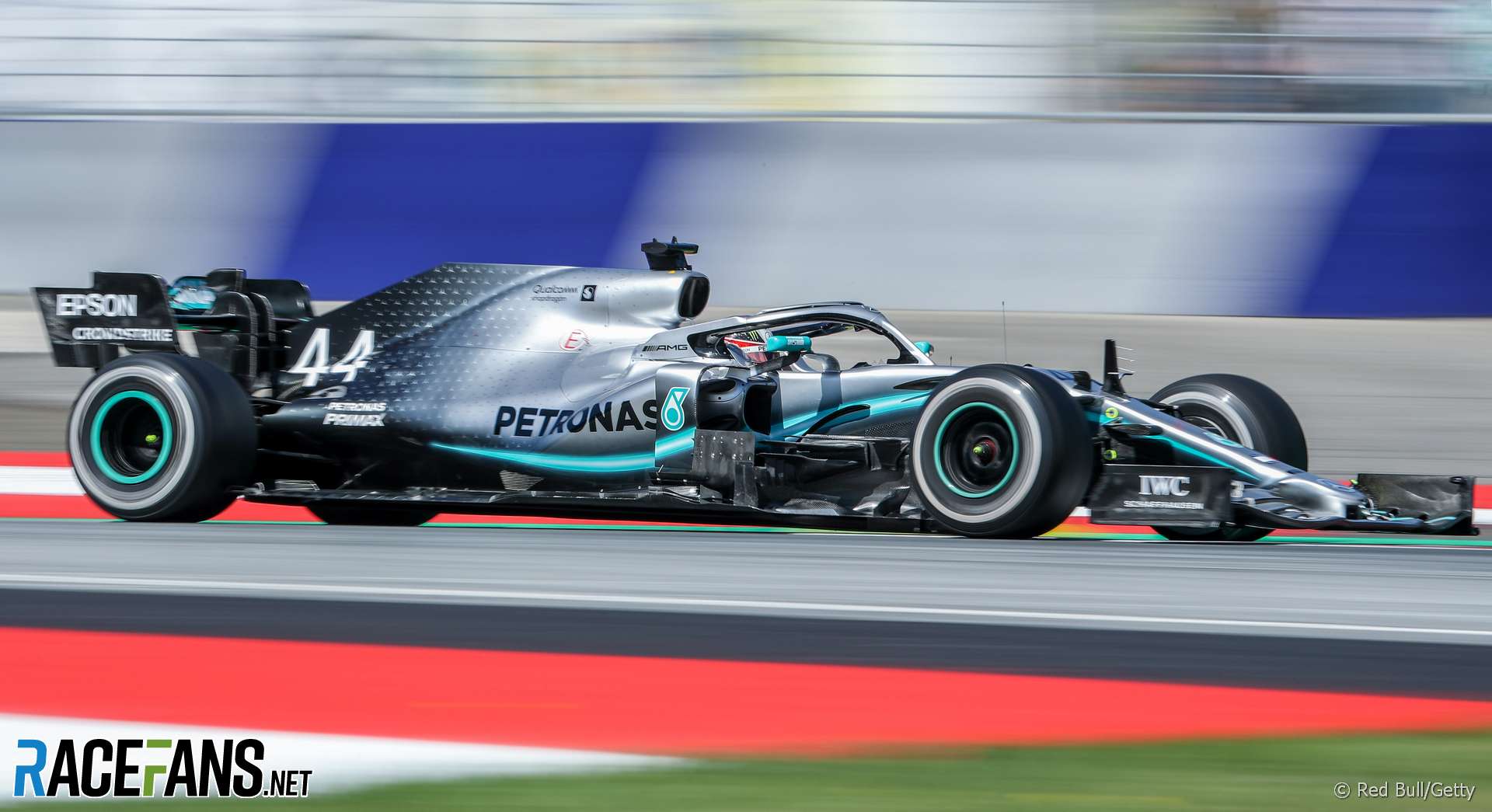 Lewis Hamilton has been given a three-place grid penalty for the Austrian Grand Prix after the stewards ruled he impeded Kimi Raikkonen.

After speaking to both drivers and reviewing video of the incident the stewards ruled Hamilton “unnecessarily impeded car 7 [Raikkonen] at turn three”.

“Car 44 [Hamilton] had just come out of the pits and was informed of the cars approaching, including car seven. Although car 44 tried to take evasive action when he became aware of car seven approaching on a fast lap, it was not sufficient to avoid impeding car seven, which had to then abort the lap.”

The penalty promotes Max Verstappen to second on the grid for the race alongside pole winner Charles Leclerc. Valtteri Bottas will start second. Hamilton will start the race from fourth place, as Kevin Magnussen, who originally qualified fifth, also has a grid penalty.

In a social media post Hamilton said he “totally deserved the penalty today and have no problem accepting it”.

“[It] was a mistake on my behalf and I take full responsibility for it. It wasn’t intentional.”

Radio messages from the session revealed Hamilton was given two warnings Raikkonen was approaching him. The first came as he left the pit lane, the second as the Alfa Romeo was about to go past as they approached turn three.