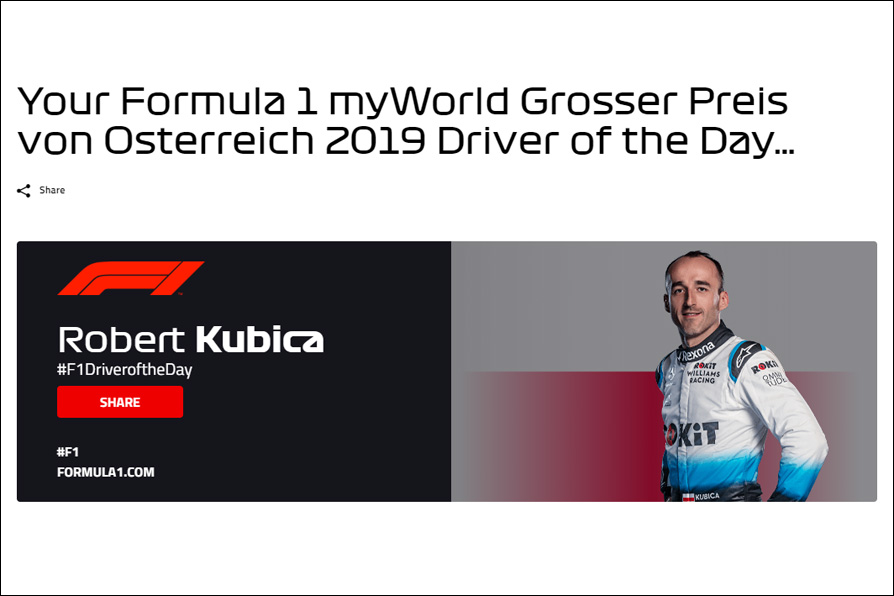 Formula 1 Management is investigating a technical fault with its Driver of the Day poll for the Austrian Grand Prix.

The poll was topped by Robert Kubica, who finished last of the 20 drivers, three laps down.

Kubica is listed as the winner of the poll on the official Formula 1 website, but the breakdown of how many votes each driver received has not yet been published.

Kubica said he had a “difficult race” at the Red Bull Ring. “The pace was not there,” said the Williams driver.

“I gained a few positions on the opening lap, but then the handling was very bad. I tried to defend but it was so difficult to keep the cars behind. I am lacking overall grip and in these conditions when it is hot, when there is a lot of overheating and the tyres are suffering a lot, I am just sliding even more.”