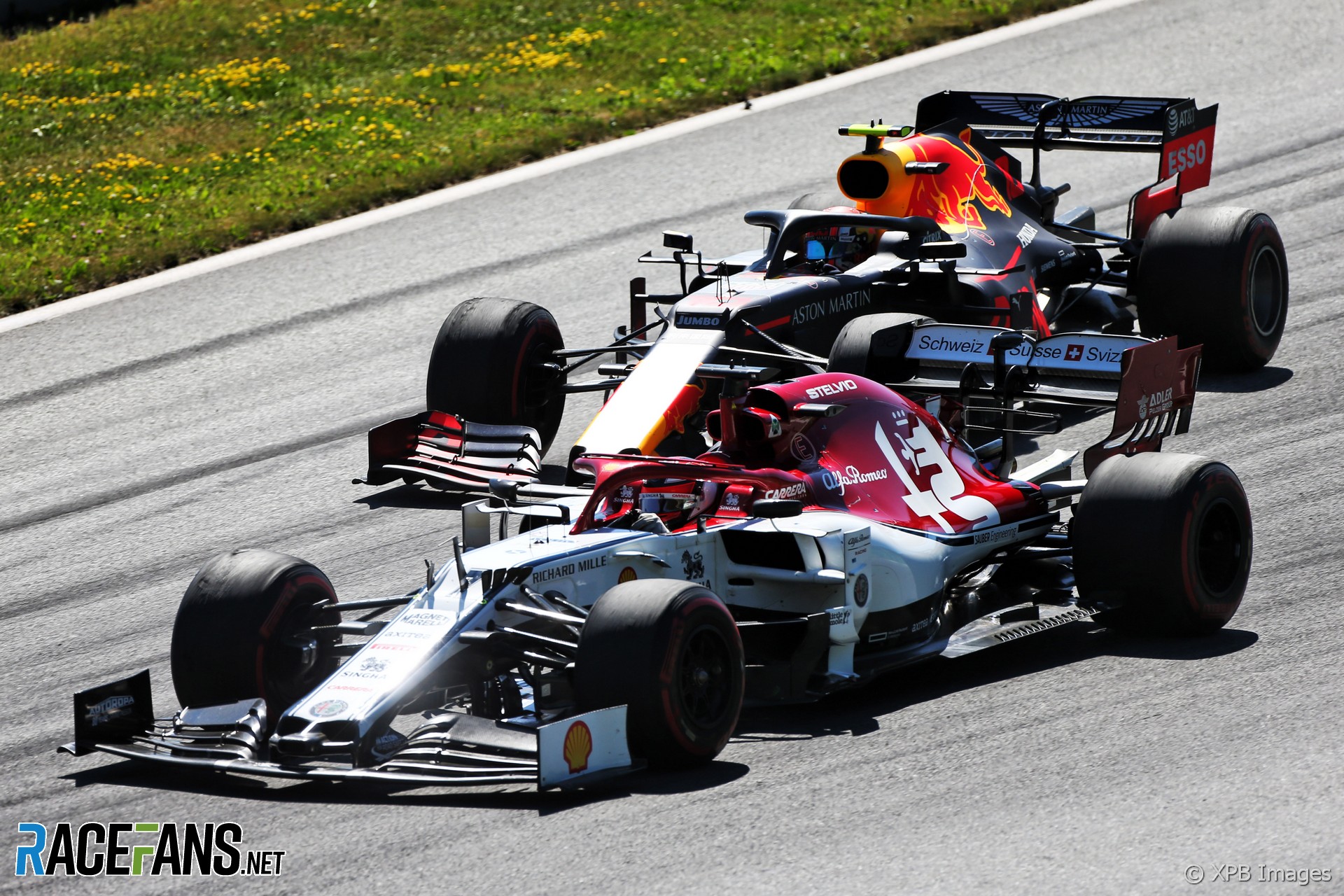 Kimi Raikkonen says it’s hard to tell how much of an effect the new front wing regulations introduced for the 2019 F1 season have had on the racing.

The maximum front wing width was increased by 20 centimetres to two metres wide this year. The shape of the wings has also been more tightly regulations to reduce the aerodynamic ‘outwash’ around the sides of the cars which has been blamed for the difficulty drivers encounter when they get close to other cars.

Raikkonen said his initial impression of the change had been positive. “For sure in the first races it felt that it was more easy to follow. It’s never going to be easy to follow, that’s for sure.

“After that I haven’t been that much in a position to fight. In [France], yes, but I was a big distance from the one Renault.

“It’s hard to say. For sure it didn’t make it worse, that’s one hundred percent sure. I think it made it better but if you make it a little bit better it’s maybe not enough. The difference has to be huge to really make an obvious difference all the time.”

The gradual improvements in car performance have cancelled out some of the gains from the new wings, Raikkonen believes. “There’s an awful lot of very smart people in F1 paddocks and they’ve found their way always to improve the cars and we’ve seen it over the years. It’s hard to stop it.”

Raikkonen pointed out Nico Hulkenberg had been able to stay close to him for much of the French Grand Prix but seldom had a chance to attempt a pass. “For sure he stayed close, very close, most of the time.

“For me it wasn’t a boring race in that way because I had to always try to hold him and be absolutely perfect in all the places that I knew if I had a small mistake he’s going to just pass me on the straight. He was very close but he never got that very last bit of run, he was pretty close a few times but usually when you see that happening lap after lap at some point they just fall off a bit but it never seemed to happen. He was always able to be up there. The further it went the more chances he seemed to have. But it was a good battle.”

One comment on “Raikkonen: Hard to tell if new wings have improved racing”