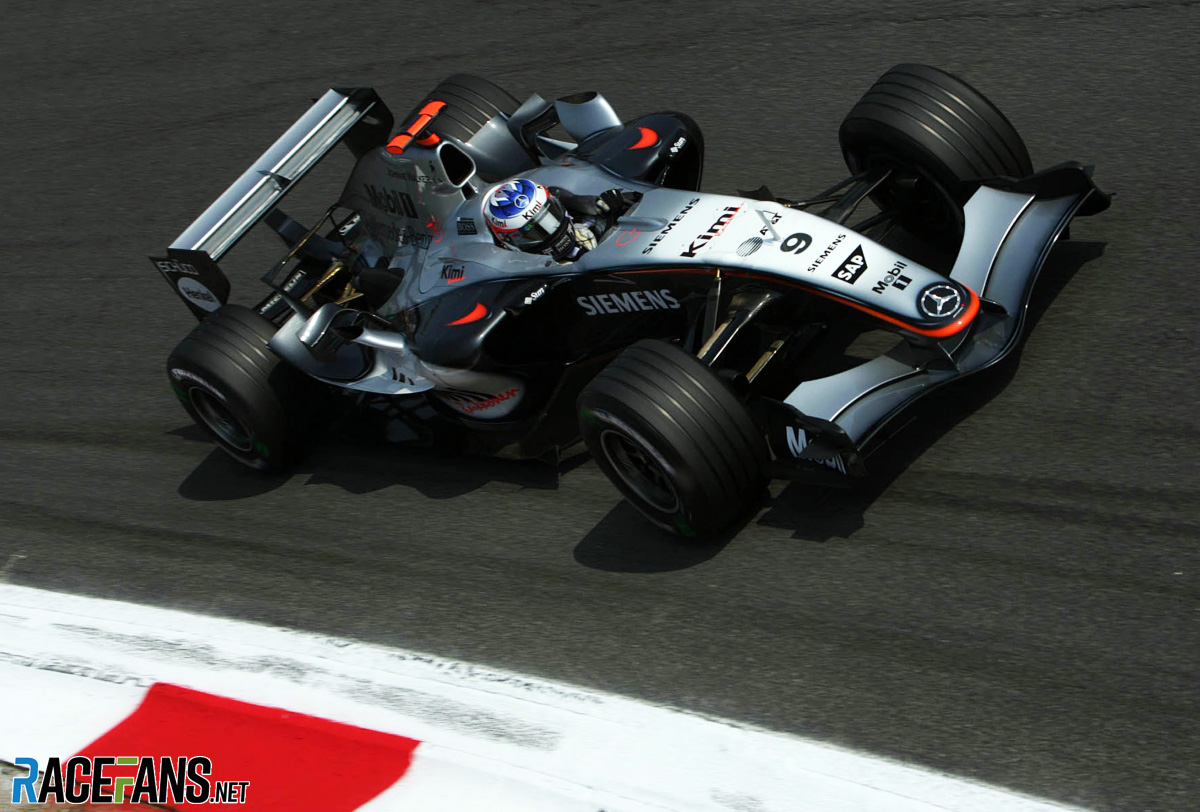 Formula 1’s most experienced active competitor isn’t convinced by Lewis Hamilton’s claim the current generation of cars has become too easy to drive.

Hamilton has described the current generation of cars as being “not hard enough to drive” and said he “could probably do two or three races in a row”. However Kimi Raikkonen, who made his F1 debut six years before Hamilton and started his 300th race in Austria last week, isn’t convinced the first F1 cars he drove were significantly more demanding.

“When you start thinking 10 years back the memory plays games,” he said. “Maybe it’s not the same: If you asked me 10 years ago I’d say ‘no, it’s OK’ because it’s all about [getting] used to it.

“When you come [back] after the winter and you drive you see it’s hard because your neck is basically done after 20 laps and it feels awful. But then at the second test, alright [there’s] a little bit of pain here and there and you get used to it. It’s like any sport you do, you get used to what you do and it doesn’t feel hard.

“I don’t think it felt any different than earlier days. Some races are harder than others and it’s just what you get used to.”

Raikkonen pointed out that he was able to test more regularly when he made his F1 debut. “In those days we did a lot of testing and then you just get used to more [driving].

“Sometimes you have pain, sometimes not. If you’re driving it’s always going to be hard to go fast and be on a limit.

“Some races for sure feel more easy. I remember some times when we had a very good car, everything is absolutely perfec,t it feels like nothing you just drive easily and lap time is great, everything is great. It feels a bit too easy. Other times it’s a painful experience to fight. It’s not an awful lot different that’s for sure.”

Hamilton has suggested the 2021 F1 cars should do away with power steering, something which Raikkonen said would make driving more difficult.

“If you go then way back I think without any power steering, any other stuff, it’s different,” he said.

“The first Sauber I drove in testing in Mugello I had absolutely zero power steering. In 2001 we got it in Monza so we did half a year without power steering.”