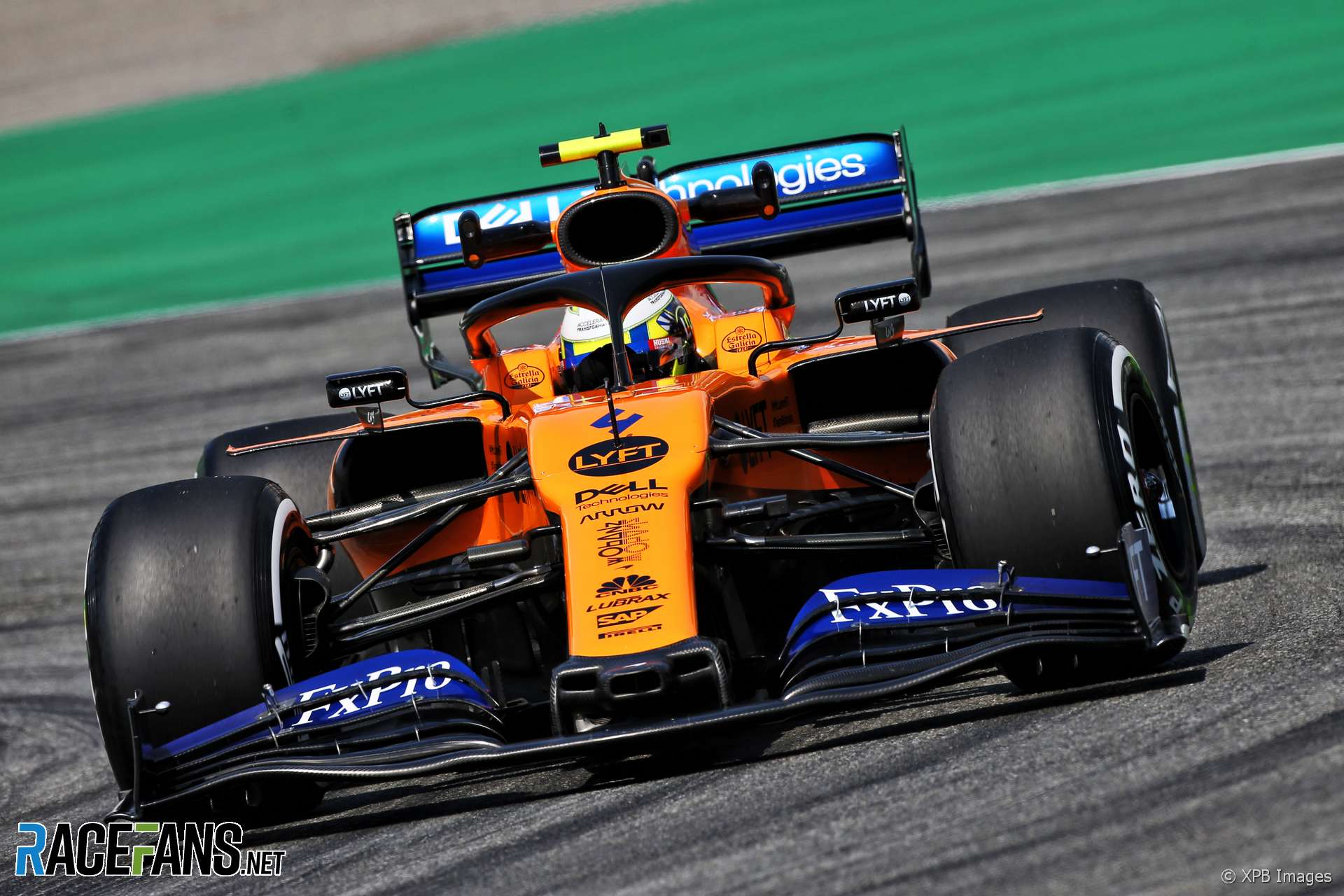 For only the second time this year, the track record has not fallen during a race weekend.

Lewis Hamilton’s pole position time for the German Grand Prix was over half a second slower than last year’s. With the race currently not on the 2020 F1 calendar, Sebastian Vettel’s 2018 pole position time of 1’11.212 is set to remain the track record for the foreseeable future.

Only three teams managed to lap the Hockenheimring quicker than they did last year after qualifying for the German Grand Prix. Hot conditions at the track created challenging conditions on Friday, and although Saturday was cooler most teams ended up shy of their 2018 benchmarks. The exceptions were McLaren, Toro Rosso and Alfa Romeo.

Ferrari were the least-improved team, however the technical problems which struck both cars in qualifying meant we never got to see their true pace. And despite Williams bringing a substantial upgrade package this weekend, they were unable to get within a second of their best time from last year.

Haas has taken the unusual step of running its cars in two different configurations this weekend. Romain Grosjean, in their old-specification car, was the quicker of the two in qualifying, though there was only two-hundredths of a second in it. For Haas the real test of which chassis is the better bet may not come until the race.