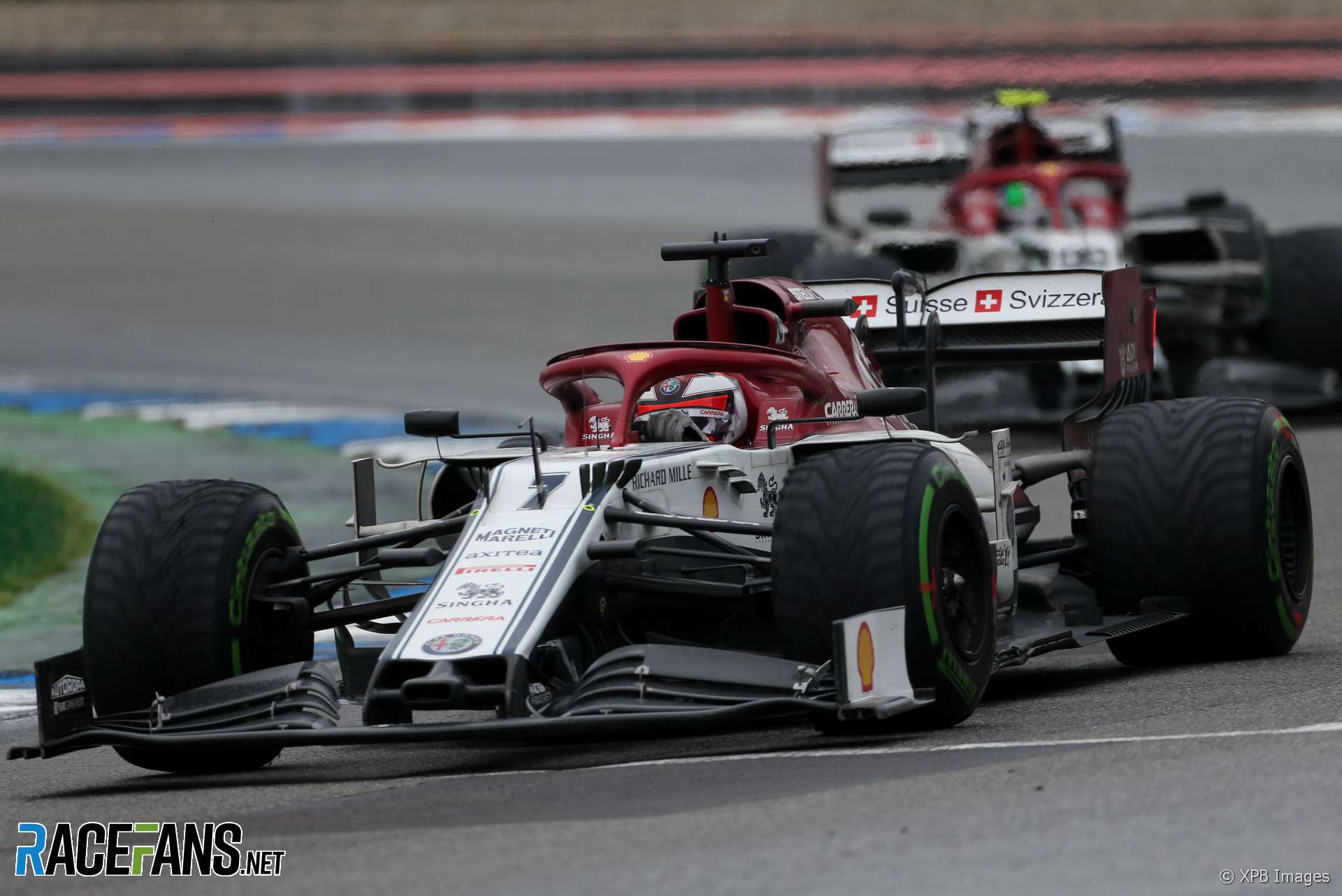 Alfa Romeo have announced they will appeal against the 30-second penalties which cost Kimi Raikkonen and Antonio Giovinazzi their points finishes in the German Grand Prix.

The pair originally finished seventh and eighth at the Hockenheimring. However post-race inspection of their start data revealed their clutch performance and torque delivery did not confirm to the regulations.

Team principal Frederic Vasseur says the team respects the FIA stewards’ decision but believe they can prove it should be overturned.

“It is extremely disappointing to have both cars penalised and pushed out of the points in what had been such an exciting race,” said Vasseur.

“The situation arose during the laps we spent behind the Safety Car ahead of the standing start: we suffered a dysfunction of the clutch that was beyond our control and we will further investigate the issue. We respect the FIA’s process and the stewards’ work, but will appeal this decision as we believe we have the grounds and evidence to have it overturned. In this regard, we will be in touch with the FIA soon.

“Kimi and Antonio drove very well in challenging conditions and seventh and eighth place were the rightful reward for their performance. The team worked really hard to put both cars in the points and we showed once again that we have the pace to fight at the sharp end of the midfield. This race was a great showcase for Formula One and it’s a pity it ended this way.”

Raikkonen and Giovinazzi were given 10-second stop-go penalties which were converted to 30-second post-race penalties. These dropped them to 12th and 13th in the final classifications. The penalties promoted Lewis Hamilton and Robert Kubica into the top 10 points-scoring places.

20 comments on “Alfa Romeo to appeal Raikkonen and Giovinazzi penalties”