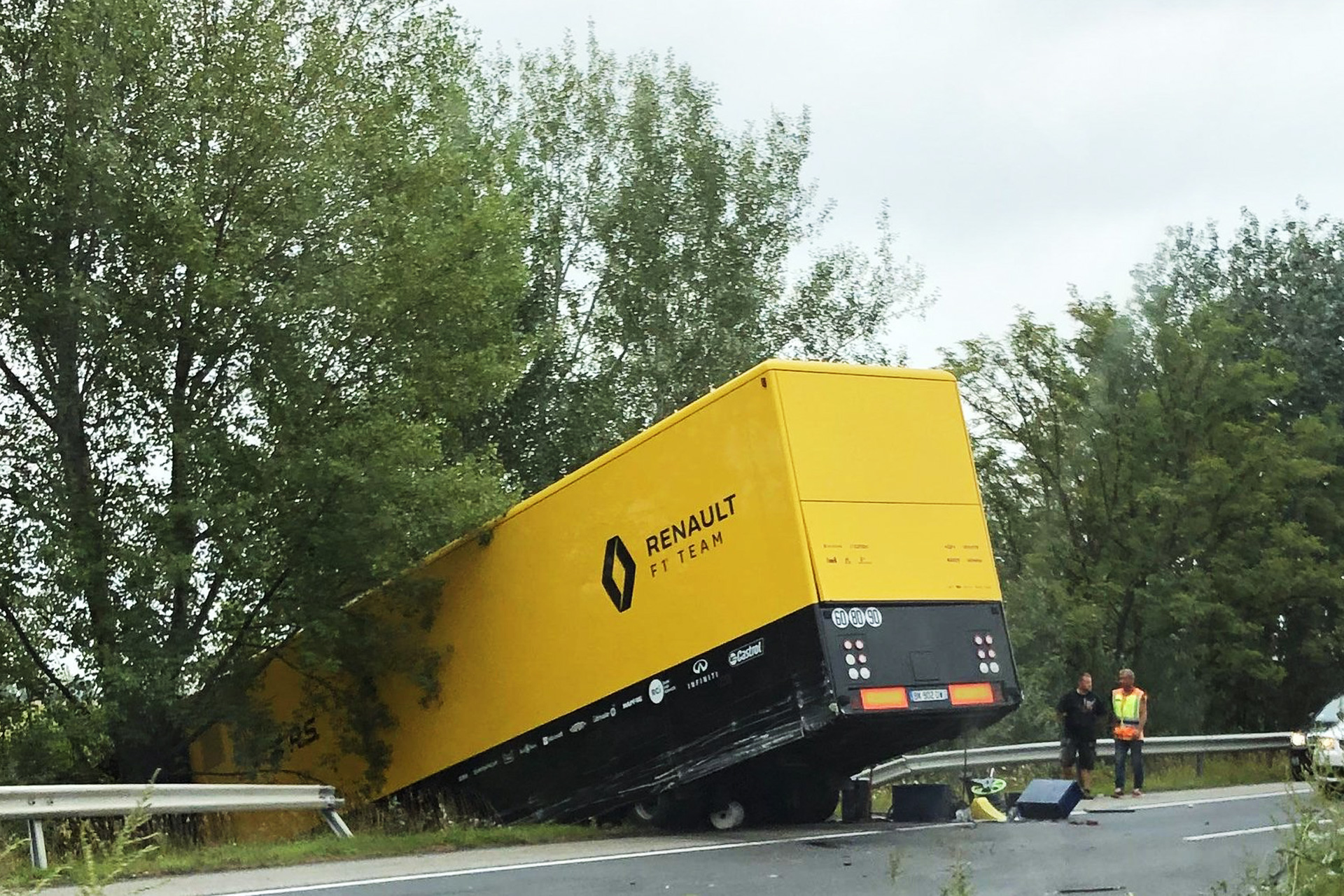 Renault has confirmed one of its trucks was involved in a crash on the way to the Hungaroring for this weekend’s Hungarian Grand Prix.

Images posted on social media showed a Renault F1 Team truck crashed into trees by the side of the M1 motorway near Gyor. The barrier alongside the road and two barriers separating the carriageway were flattened.

In a statement Renault said “the driver, who was driving within the respected regulations, was extracted from the vehicle.

“He is conscious and has not suffered serious injury. He has been transported to hospital in Hungary for further checks. No other vehicles were involved in the incident.”

Renault has not confirmed the extent of any damage to its equipment, however further images indicate the truck was successfully extracted from the crash site.