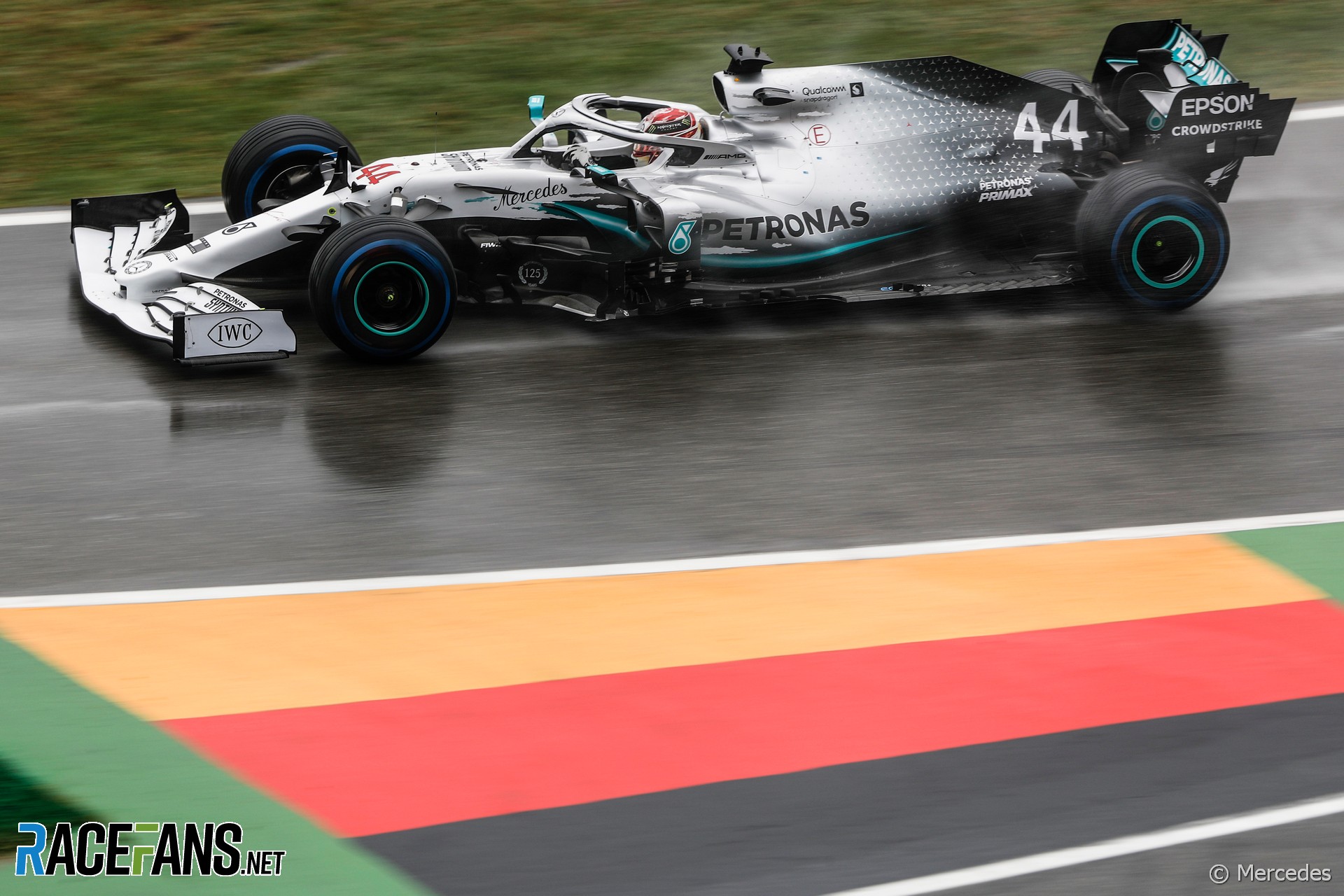 He went on to take ninth place in the race which extended his championship lead over Valtteri Bottas by two points to 41.

Hamilton damaged his car when he crashed at turn 16 halfway through the race. Although his front wing of his car was replaced, other aerodynamic parts were missing. He radioed his team asking “how has it got this bad?”

Shortly afterwards Hamilton came close to losing control of his car at turn one. “I’ve got not pace,” he told the team. “Something’s wrong with the car.”

He was able to continue, and indicated to the team he intended to pit. “Let us know if you need a flap adjust,” he was told.

By this point Hamilton had fallen over a minute behind race leader Max Verstappen. However a further Safety Car period, triggered when his team mate Valtteri Bottas crashed out at turn one, gave Hamilton the chance to catch the field again.

However he lost further time due to confusion over whether he was allowed to pass the Safety Car. When Hamilton asked if he could go by he was initially told “negative”, and he slowed. But when Hamilton pointed out the Safety Car was giving him the green signal to overtake, he was told to go by.

Hamilton began to catch the rest of the pack up, but had not rejoined the tail of the field by the time the race restarted. “I can’t believe the Safety Car just did that,” said Hamilton as the race resumed.

By the end of the race he had passed the two Williams drivers and took the chequered flag in 11th place. Kevin Magnussen, less than a second ahead of him, appeared to have taken the final point.

“That was a real messy day,” said Hamilton. “Not out finest performance, Lewis,” Bonnington agreed. “We’ll take a long, hard look at this one.”

However some luck came his way after the chequered flag. When the two Alfa Romeo drivers were given 30-second time penalties for violations with their race starts, Hamilton was promoted to ninth place, scoring two points at the end of a frustrating day.

“It’s not been an easy weekend overall,” said Hamilton after the race. “I was leading the race and I was feeling good. It just wasn’t meant to be this weekend.”

107 comments on ““Retire the car”: Hamilton wanted to quit before taking ninth”