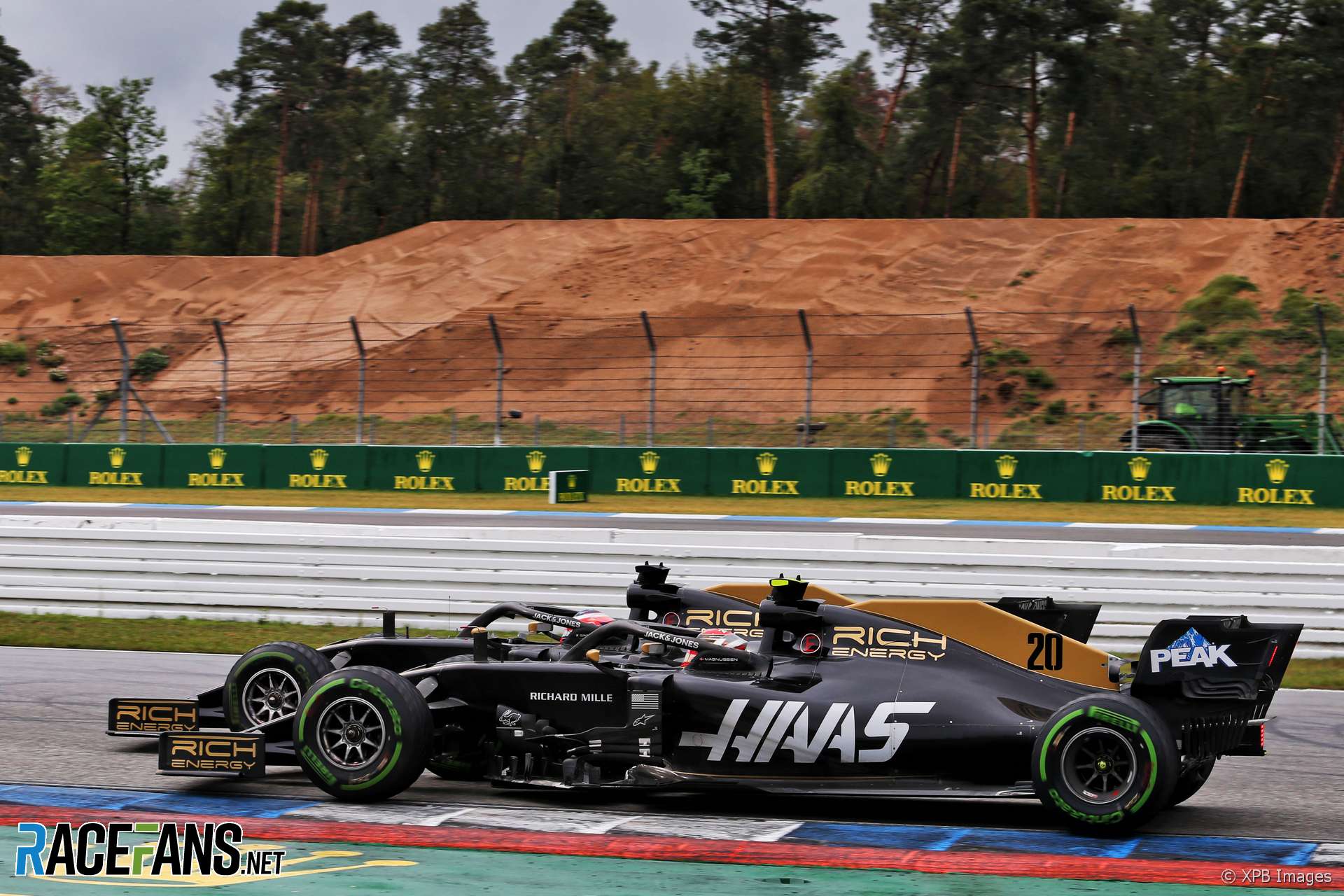 Haas team principal Guenther Steiner says the latest collision between his drivers is “not acceptable” and he is prepared to impose team orders on the pair.

Romain Grosjean and Kevin Magnussen made contact at the Spitzkehre hairpin while fighting for position during the race. They survived the contact and finished the race, unlike in the previous round at Silverstone where a first-lap incident between the team mates led both to retire.

However Steiner is frustrated that his repeated warning to the pair have failed to prevent them colliding again. He said he is now prepared to “tell them what to do” in future races.

“I need to think about it but there is not many options,” said Steiner. “At some stage something needs to be done.”

That could include issuing team orders to prevent the pair racing. “I normally try to avoid it,” Steiner explained, “as you know I like racing, I think that’s what we should be doing.

“But if it works always against us I can’t keep it happening. Today we are lucky that nothing [happened], they both were there, but it could happen again.”

Steiner plans to speak to his drivers again before this weekend’s race at the Hungaroring. “I didn’t see it properly, I want to look at it properly and calm down about it and then I need to see what I am going to do.”