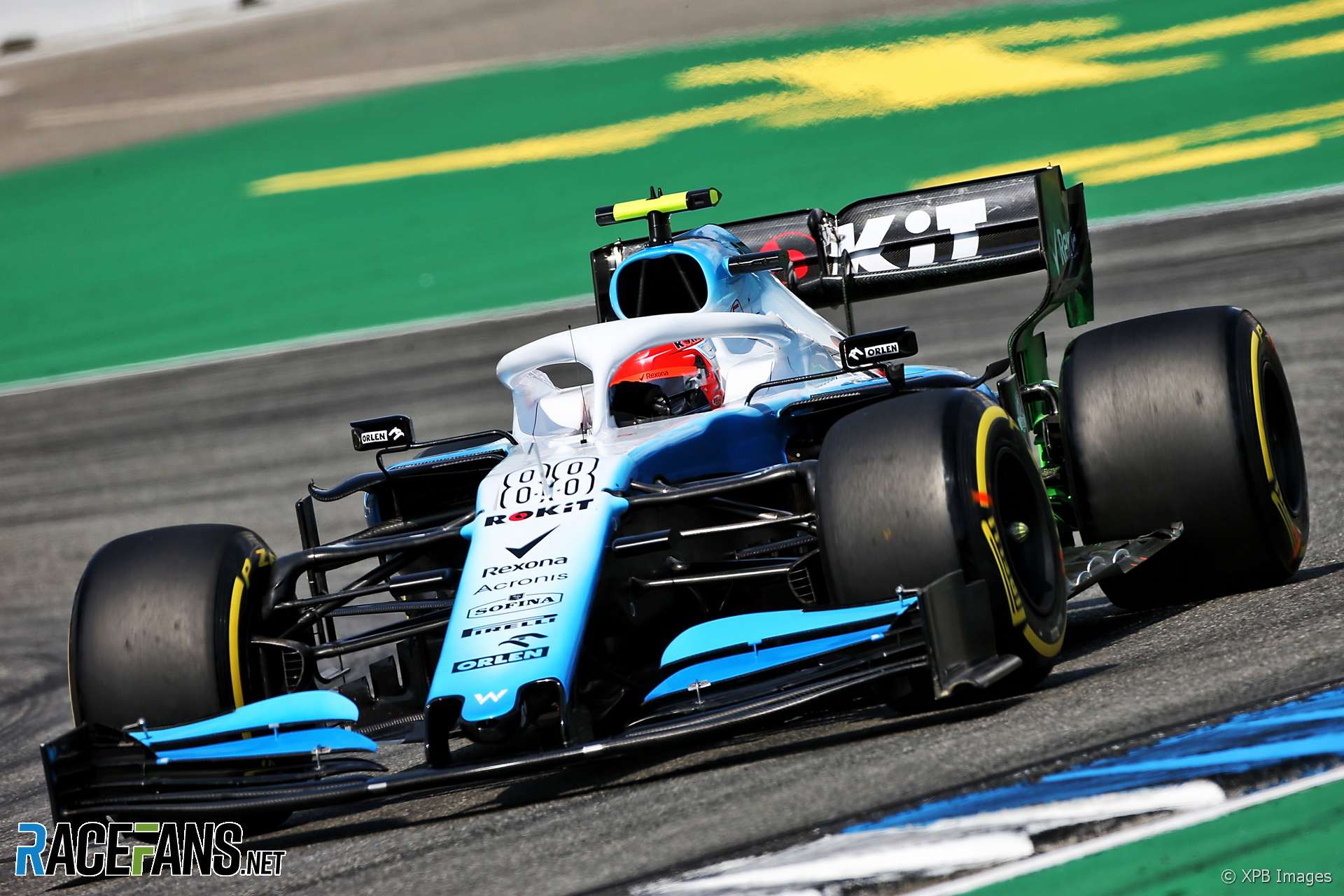 Robert Kubica says he has “mixed feelings” about scoring his first point since returning to Formula 1 at a race he was not competitive in.

The Williams driver took the chequered flag in 12th place in Germany after getting ahead of team mate George Russell when he went off in the second half of the race. Kubica was promoted to tenth place, and the final point, when the two Alfa Romeo drivers were given 30-second time penalties.

Without those penalties, 12th place would still have been Williams’ best result of the season so far. But Kubica admitted he isn’t entirely pleased with his promotion to the top 10.

“It’s a bit mixed feelings in the end,” he said in today’s FIA press conference. “It’s good to have this one point on the scoreboard but the way it came for sure is not something you would expect.

“Of course it was a crazy race, many mistakes. We managed to stay on-track although our pace was questionable. But still, we managed to keep it on the black and then with Alfa being penalised we gained two positions so it meant that we would be tenth which is for sure good.

Kubica doubt Williams will be competitive this weekend at a track which does not play to their car’s key strength: it’s power unit.

“Thanks to Mercedes, the power unit is the strongest part of our car,” he said. “This track is very complex. There are sections which require a lot of mechanical and aero grip. So I would say it is not the kind of track where we will be closer to the competition than the others.”