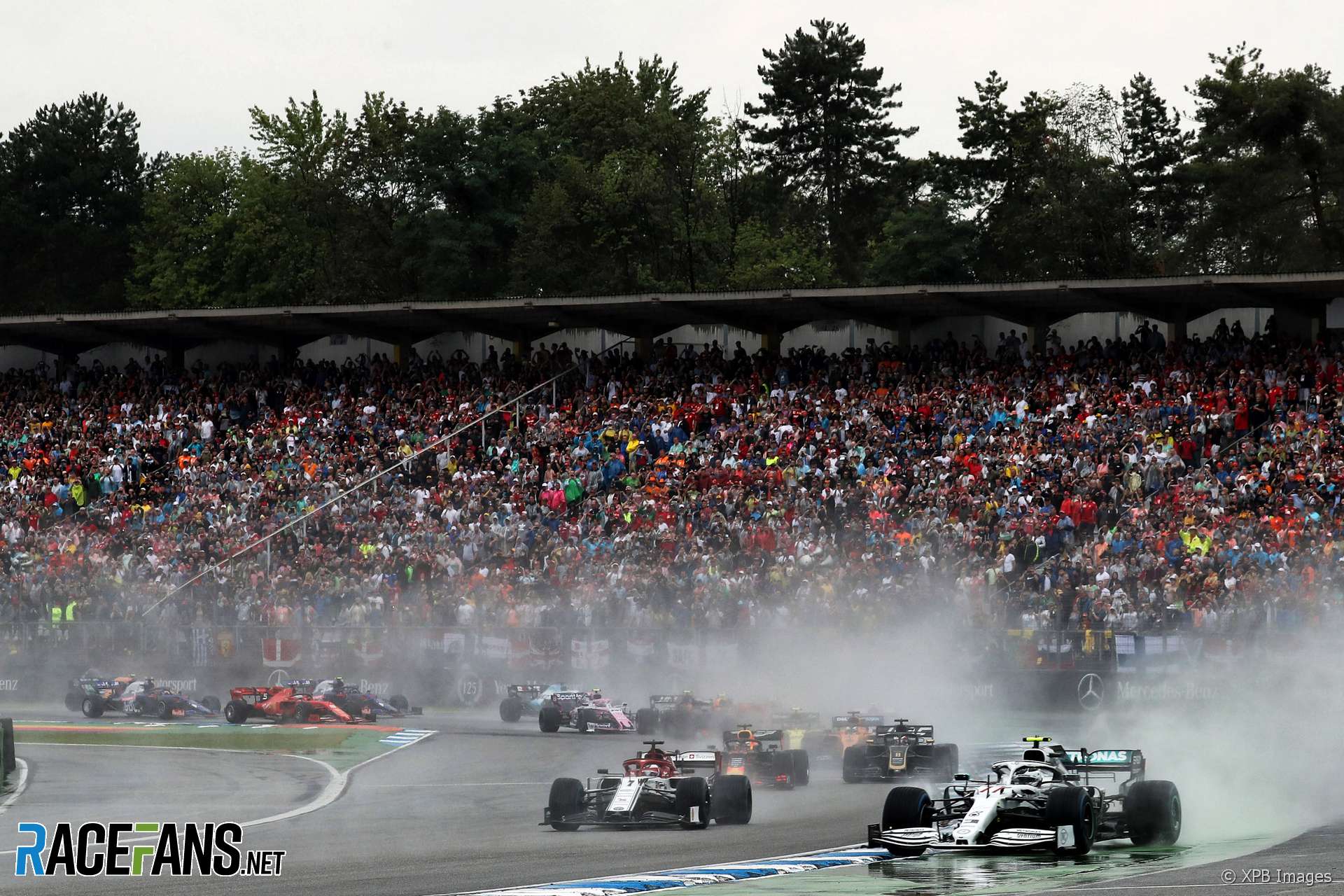 Kimi Raikkonen says his start in the German Grand Prix, which attracted a penalty due to the behaviour of his clutch, was not an especially good one.

Raikkonen moved up from fifth to third at the start of the race but said this was only because the cars ahead of him got away poorly.

“I think it was a pretty normal start,” he said. “It only looked like it was good because the Red Bulls just made a bad start themselves.”

Alfa Romeo confirmed today it has appealed the stewards’ decision to penalise Raikkonen and team mate Antonio Giovinazzi 30 seconds each on their race time after finding their clutches did not behave correctly at the start of the race. Raikkonen said he does not know what the team intends to present in its attempt to overturn the decision.

“I know the appeal has been done but I don’t know how it is going to go,” he said. “I have absolutely zero else to stay about it.”

Raikkonen originally finished seventh but was relegated to 12th by his penalty. He believes a better finish had been possible before he was penalised.

“For sure we were a bit disappointed,” he said. “We could have done a few things better. There was scope to have much more points. I think it was great we got a few points but I think the whole team felt we could do a better job and we learned from this.

5 comments on “Raikkonen: Start which attracted penalty was nothing special”