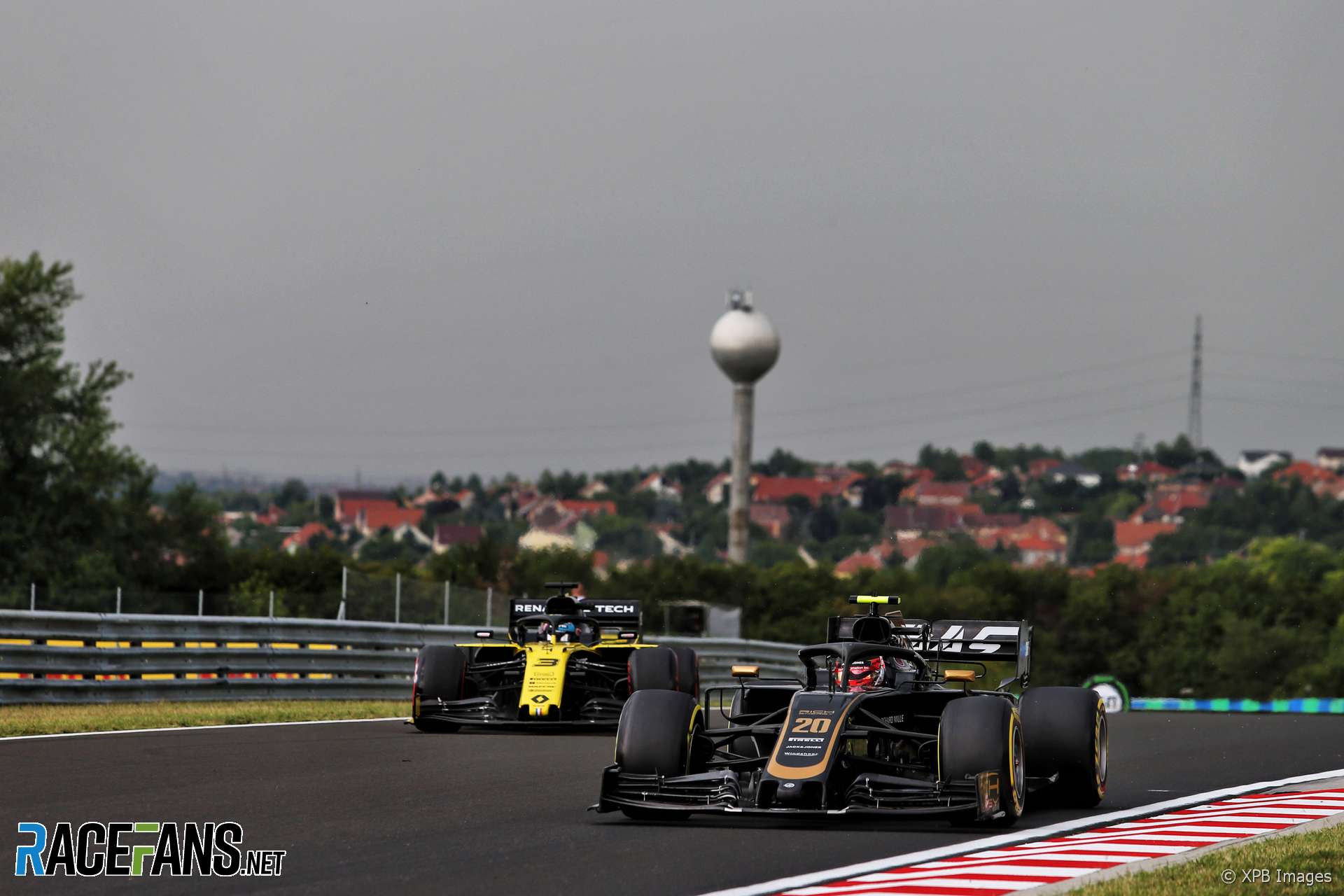 Kevin Magnussen was given a warning by race control top stop changing his line in braking zones while trying to stop Daniel Ricciardo overtaking him.

The Haas driver led Ricciardo home in 11th place following a scrap between the pair which lasted for much of the race.

Following his lap 49 pit stop Ricciardo launched a series of attacks on Magnussen, who at one stage came off the racing line approaching turn one. “This cunt’s taking the piss, moving under braking,” Ricciardo told his team on the radio.

FIA race director Michael Masi explained the purpose of the warning to Magnussen. “There was a warning to the team about the consistency of it, not so much the one-off [move], but [the] repeated part of it.”

“The warning was for this event and that’s it,” Masi added. “Next event, clean sheet of paper.”

“There’s one movement generally allowed to protect your line,” said Masi. “But the movement under braking and is something the drivers, from Bahrain when we’ve had our meeting with them all, something they wanted us, particularly if it’s constant, to crack down on.”