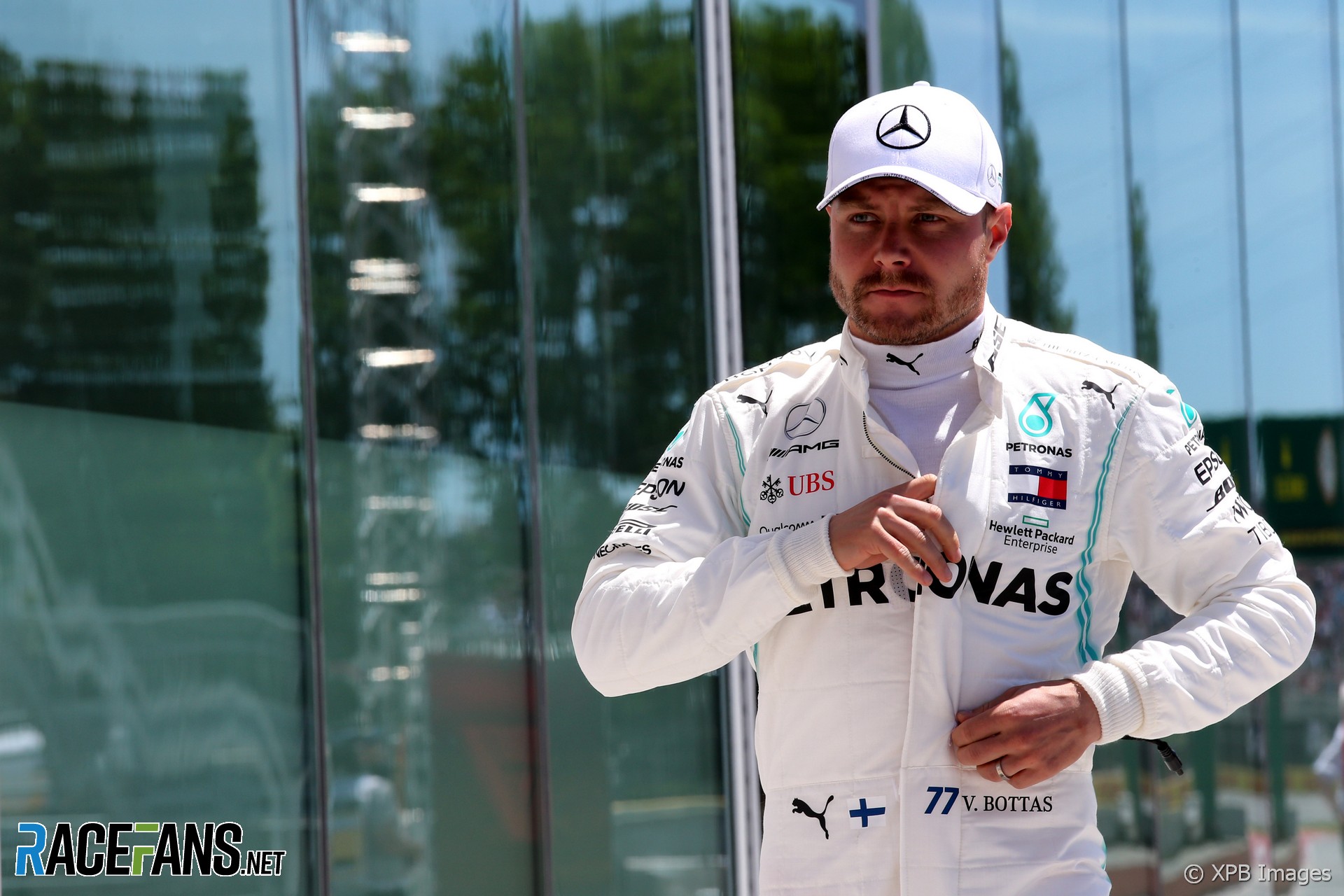 Valtteri Bottas admits he has begun considering his options if he is unable to keep his seat at Mercedes for the 2020 F1 season.

Mercedes team principal Toto Wolff is considering whether to replace Bottas with junior driver Esteban Ocon. He has said Bottas will be given a “soft landing” if he does lose his drive.

Following Sunday’s Hungarian Grand Prix Bottas said he had also put thought into where else he might drive next year.

“Of course when you’re in that kind of situation and when you still want to race in F1 you need to have a ‘plan B’, possibly a ‘plan C’,” he said. “So for sure I’m thinking about stuff, talking about stuff. So it’s always good to have different plans and now we wait.”

Bottas said the uncertainty over his future has added to the pressure of competing.

“For sure it’s not easy,” he said in response to a question from RaceFans. “That’s the thing in this sport: finding the limit, calculating the risks just enough. Pushing hard, trying to take the opportunities but not to fuck up like today. That’s how it goes.

“But for sure, when contract-wise, you’re on the limit, it never helps. Some people might think that some drivers perform better under pressure, when things are in the limit, but for sure for me it doesn’t help.”

However Bottas said his situation hasn’t been a distraction during the races. “I can’t say that going into turn one I was thinking about it, I don’t think so.

“I was very hungry for the win, no matter if there’s contract talks or not. I wanted to win this race and I wanted to take the risk. It just didn’t go quite as planned. It could have been a lot different, we’re speaking about centimetres here and there, that’s how it goes.”