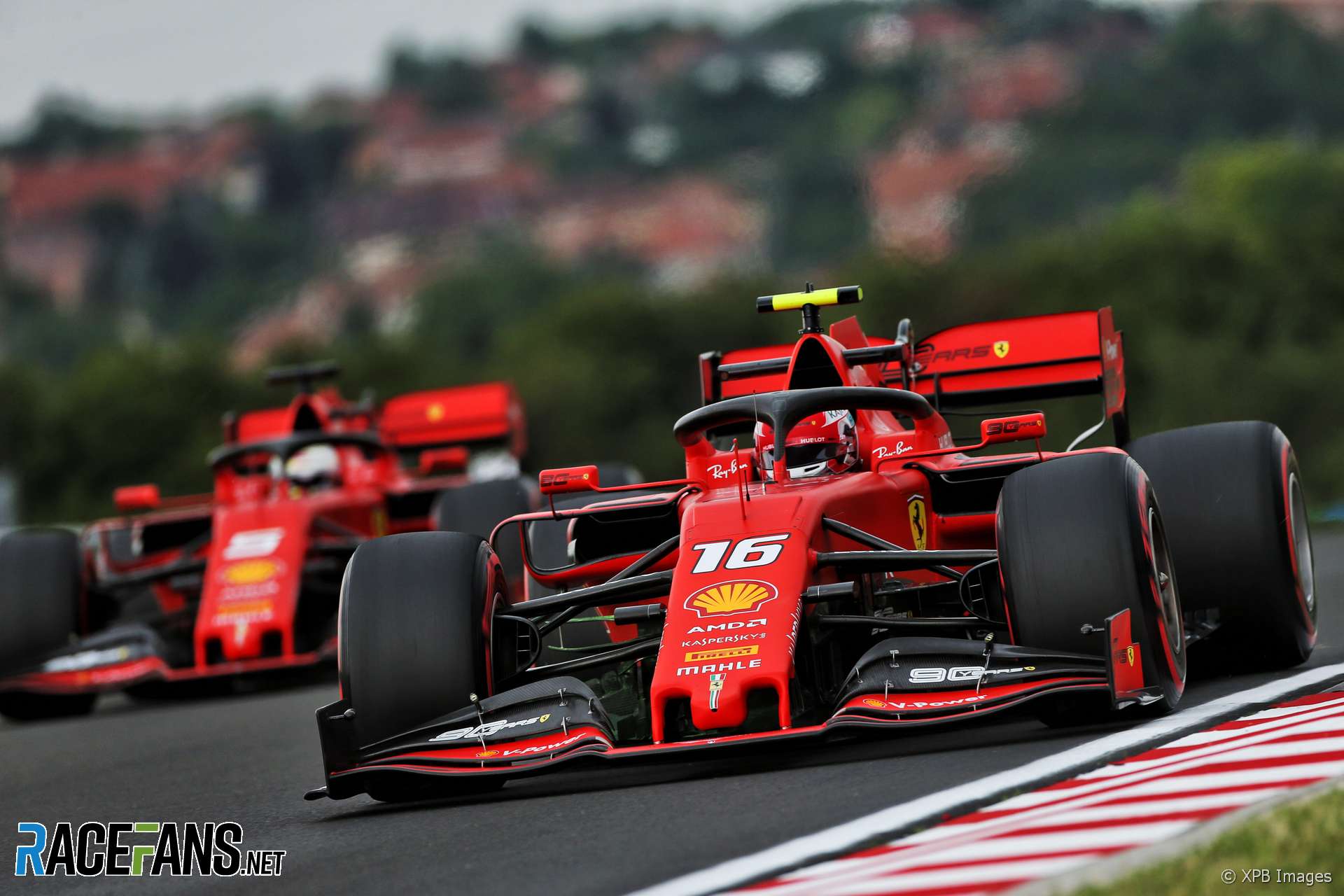 In the round-up: Ferrari team principal Mattia Binotto says it isn’t time for the team to prioritise its car for the 2020 F1 season despite having failed to win a race so far this year.

Binotto was asked whether the car’s lack of downforce was its main weakness and whether it should prioritise developing its car for next season:

Should we concentrate on next year’s car? I don’t think so. Not only because having the same regulations next year whatever we can do this year will be to the benefit of next year’s car as well.

There are still many races, no victory for Ferrari, I think we’ve got at least a goal and an objective. So we should do whatever we can in this season to do our best.

Raikkonen on Instagram giving his son Robin a go in a kart and talking about giving daughter Rianna a run too. pic.twitter.com/l6ohvGLcTK

Sao Paulo governor Joao Doria says the Brazilian Grand Prix will not leave the city, despite a plan backed by the country's president to move the race to Rio de Janeiro.

"Of course, this won’t mean a return to front-line competition (so no Indy 500 or Le Mans), but simply enjoying the sport I love as an amateur."

"The biggest thing for us was the win in Austria. That victory meant a lot for Honda, and after this we are managing our engine very well, better than before."

"The Carter County Sheriff's Office has confirmed that Dale Earnhardt Jnr's plane crashed at the Elizabethton Municipal Airport. Earnhardt Jnr has been transported to the hospital. The department also says Earnhardt Jnr's wife Amy Reimann was also on board. The Elizabethton fire chief Barry Carrier says everyone survived the crash and none of the injuries were serious."

Does Ferrari’s example with Felipe Massa show Red Bull should have stuck with Pierre Gasly:

I think Gasly’s position could be compared to Massa’s promotion to Ferrari in 2006. If you look at Massa’s form in early 2006, he was very inconsistent: one 3rd place, a smattering of points finishes, a few crashes and a couple of non-scores).

But the difference is that Ferrari stuck with Massa, worked with him and this resulted in a noticeable uptick in his form from the USA onwards (two wins, three seconds, a third and a smattering of other points finishes – though there was a non-score and a DNF in there too).

Now this was no doubt helped by the fact that Massa would have been able to test until his hands and feet bled while Gasly cannot. But I think the comparison is a good one. Massa was fast, raw and needed a bit of help to unlock his speed, much as Gasly does. I just hope Red Bull are willing to give Albon the help he will need so that he can avoid being dumped as well.
@Geemac