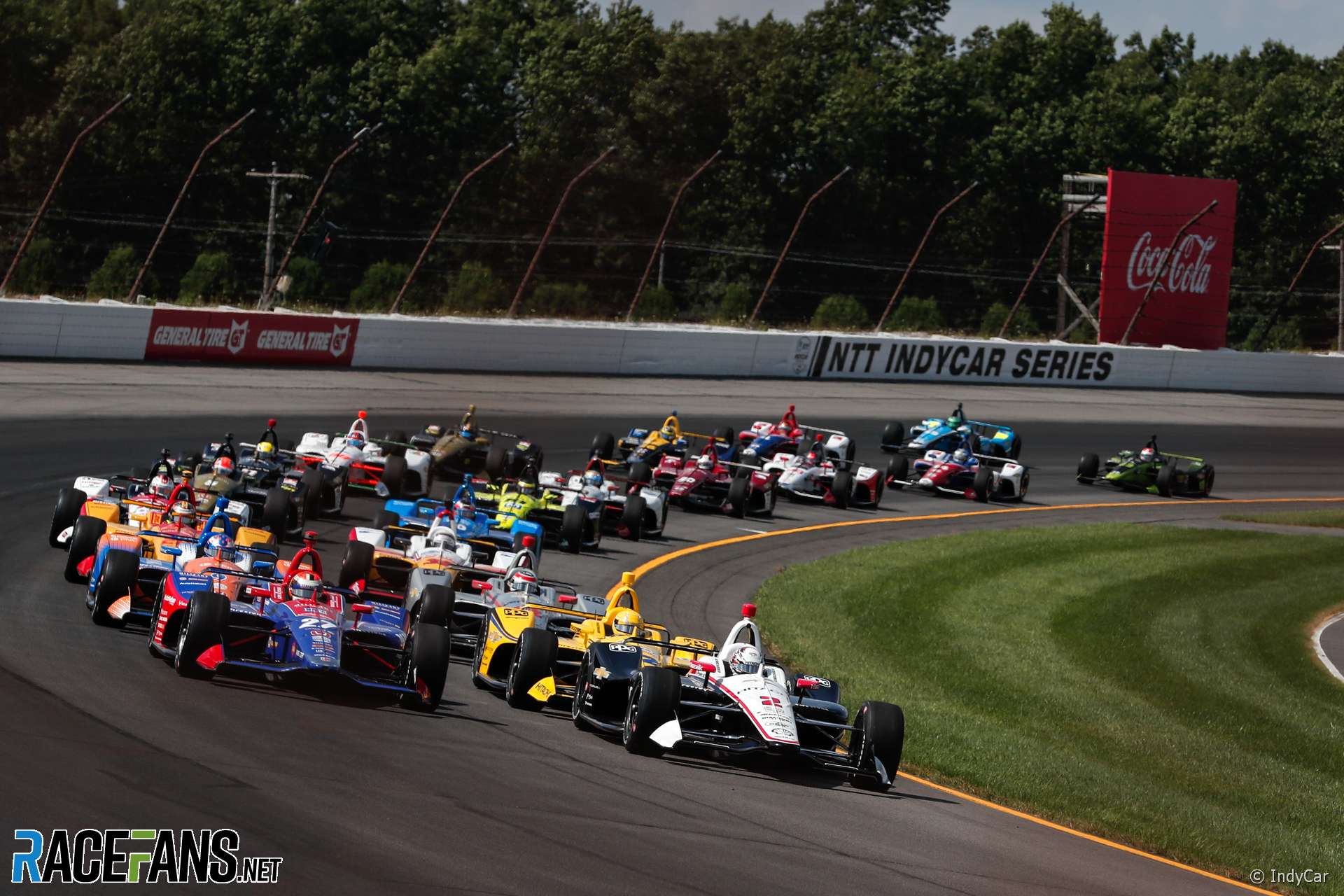 Takuma Sato has defended his role in the spectacular first-lap crash during yesterday’s Pocono 500 after Alexander Rossi described his driving as “disgraceful”.

The pair made contact approaching turn two on the first lap of the race, triggering a multi-car pile-up which also claimed Ryan Hunter-Reay, Felix Rosenqvist and James Hunchcliffe. All five drivers were unharmed in the crash which took place at over 200mph, despite Rosenqvist and Sato’s cars flipping over. A crash between Hunter-Reay and Robert Wickens at the same corner last year left Wickens with paralysis.

Rossi, whose championship hopes suffered a blow due to the crash, blamed Sato for the collision. “We were three-wide,” he said. “Ryan was on the inside, I was in the middle and Takuma was on the outside.

“I can’t even begin to understand how after last year Takuma thinks that any sort of driving like that is acceptable. To turn across two cars, at that speed, in that corner at a 500-mile race is disgraceful, upsetting and may have cost us a championship. It’s upsetting.”

However Sato said the track seams had contributed to the incident. “Ryan and I were obviously racing at the exit of turn one and it looks like Alexander had a slow start. We both went right and left and I thought it was all clear.

“All the [track] seams also are putting the car really easy to get the lane change and everybody gets close. Unfortunately, it looks like we made contact for that.”

Sato later published images and video on social media indicating Rossi moved right towards him prior to the collision.

“I’m sorry I was involved with Alexander Rossi for the championship,” wrote Sato. “Looks like he was squeezed both Ryan and I, and if you reference seams, Alex clearly moved up. We all racing very close and unfortunately we made contact.”

“I didn’t mean I was blaming Alex at all,” Sato added. “I just said the facts and I apologised for the situation on my previous tweet.”

“I just drove straight,” he added.

Hunter-Reay was also unimpressed by the incident. “The opening lap wreck was ridiculous and thank God everybody was alright,” he said. “It’s so unfortunate at the beginning of a 500 mile race.”

Rosenqvist, who was cleared by doctors after being taken to a trauma centre for checks, said he had “minor back pain and some headache” after the crash.

“Hopefully I should be back to normal in a couple of days. A big thanks to the IndyCar track staff and medical staff, did an awesome job looking after everything.

“Luckily the other drivers are OK as well, I think that’s the main thing. A shame that we were caught out already on lap one. I think we had a good car today.”

Hinchcliffe, who like Hunter-Reay was also involved in last year’s crash, said he was unable to avoid the collision in front of him. “I thought I was actually going to save us because it happened in front of me. I couldn’t see exactly what started it, but then the wreck sort of moved down to the inside.

“I was able to slow down, but it just slid out to where I was. There was nowhere I could go. It sucks. I mean it wasn’t too hard a hit, so glad everybody is OK.

“It’s a 500 mile race, I don’t know how many times we have to do this before people figure out that you can attack all you want, but it doesn’t give you a chance to win if you are in the fence.”

I feel I need to say a word. I’m sorry I was involved with @AlexanderRossi for the championship. Looks like he was squeezed both Ryan and I, and if you reference seams, Alex clearly moved up. We all racing very close and unfortunately we made contact. pic.twitter.com/falLL7tf49

I didn’t mean I was blaming Alex at all. I just said the facts and I apologized for the situation on my previous tweet. Now I show you this as well that I just drove straight. pic.twitter.com/Md0U71S8y1

26 comments on ““I drove straight”: Sato responds after Rossi blames him for Pocono crash”