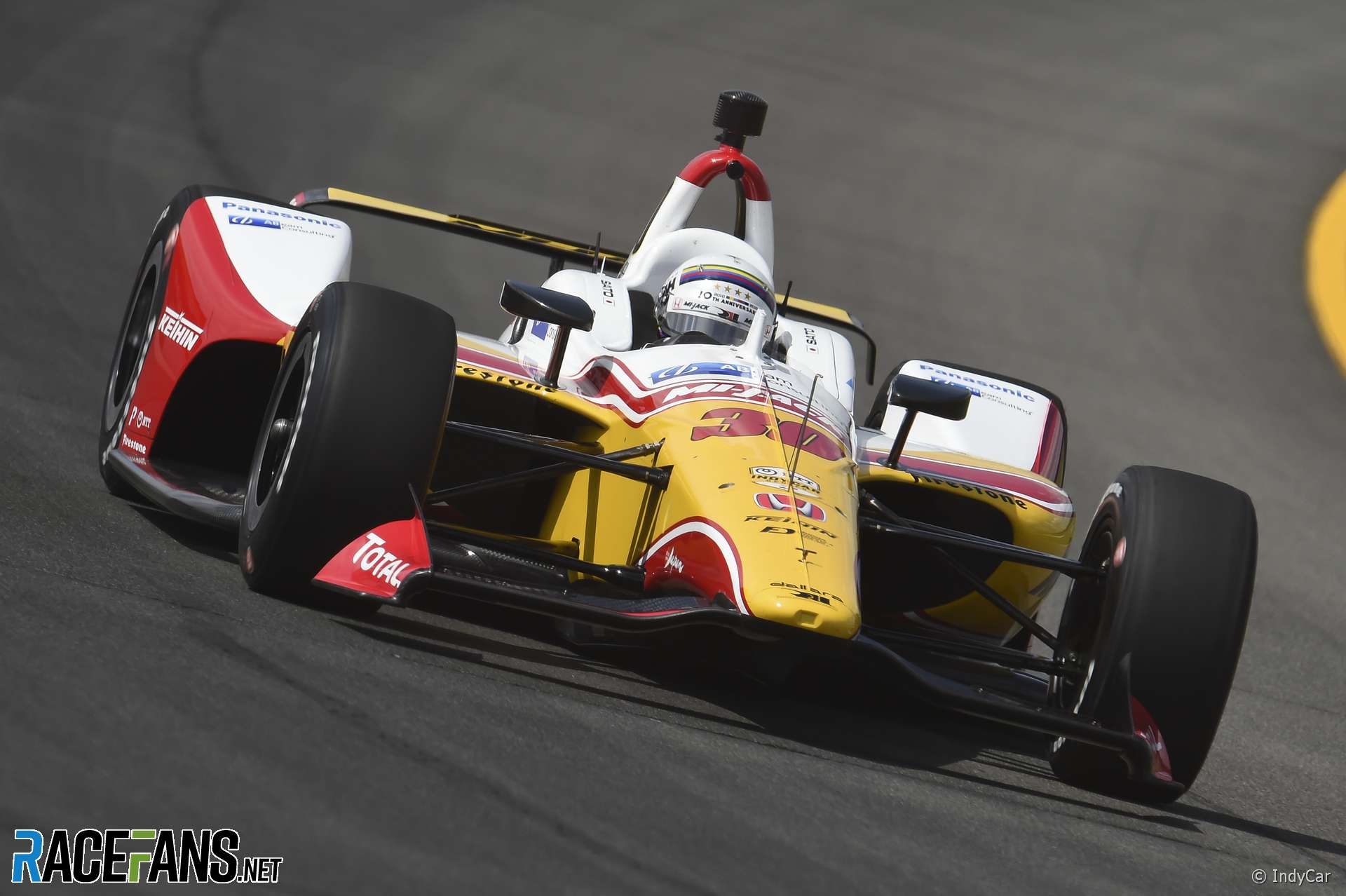 Takuma Sato’s IndyCar team says data from his car during last weekend’s Pocono 500 clears him of blame for the first-lap crash which involved five drivers.

Sato has publicly disputed the cause of the crash with Alexander Rossi, who he tangled with approaching turn two, triggering a spectacular shunt which also claimed Ryan Hunter-Reay, Felix Rosenqvist and James Hinchcliffe.

Rossi, who lost ground to championship rival Josef Newgarden following the crash, initially described Sato’s driving as “disgraceful” and accused his rival of steering left into him. This prompted the Rahal Letterman Lanigan driver to post images and video on social media which he claimed exonerated him.

“I think you’ll find that if you watch the video, it was you moving down trying to get ole Scotty D’s [Scott Dixon’s] tow which caused this whole situation,” Rossi responded.

RLL has now entered the debate, issuing a statement describing the crash as a “racing incident” and insisting its driver was not to blame.

“Normally in a situation of this nature it is not necessary for a team to comment but following the accusations levied at Takuma, and after reviewing Takuma’s onboard data and camera, we feel that a clarification is necessary,” said RLL’s statement.

“The data and video clearly shows that Takuma did not turn down the track into Alexander in this incident and in fact the first steering wheel movement made by Takuma was to the right, as he tried to correct his car after the initial contact.

“This sort of accident is part and parcel of this type of racing and with track position being vital at every stage of each race is, in our view, a part of the sport. It’s a racing incident and we as a team wish to publicly state that we stand behind our drivers and have absolute faith in their ability to race and perform at the highest level for RLL.

“This was a racing incident which unfortunately may have some championship implications. A crash at Pocono impacted our title aspirations in 2015 while second in the standings so we know the frustration drivers and teams experienced. As always, we are thankful for the quick response of the AMR Safety Team.”