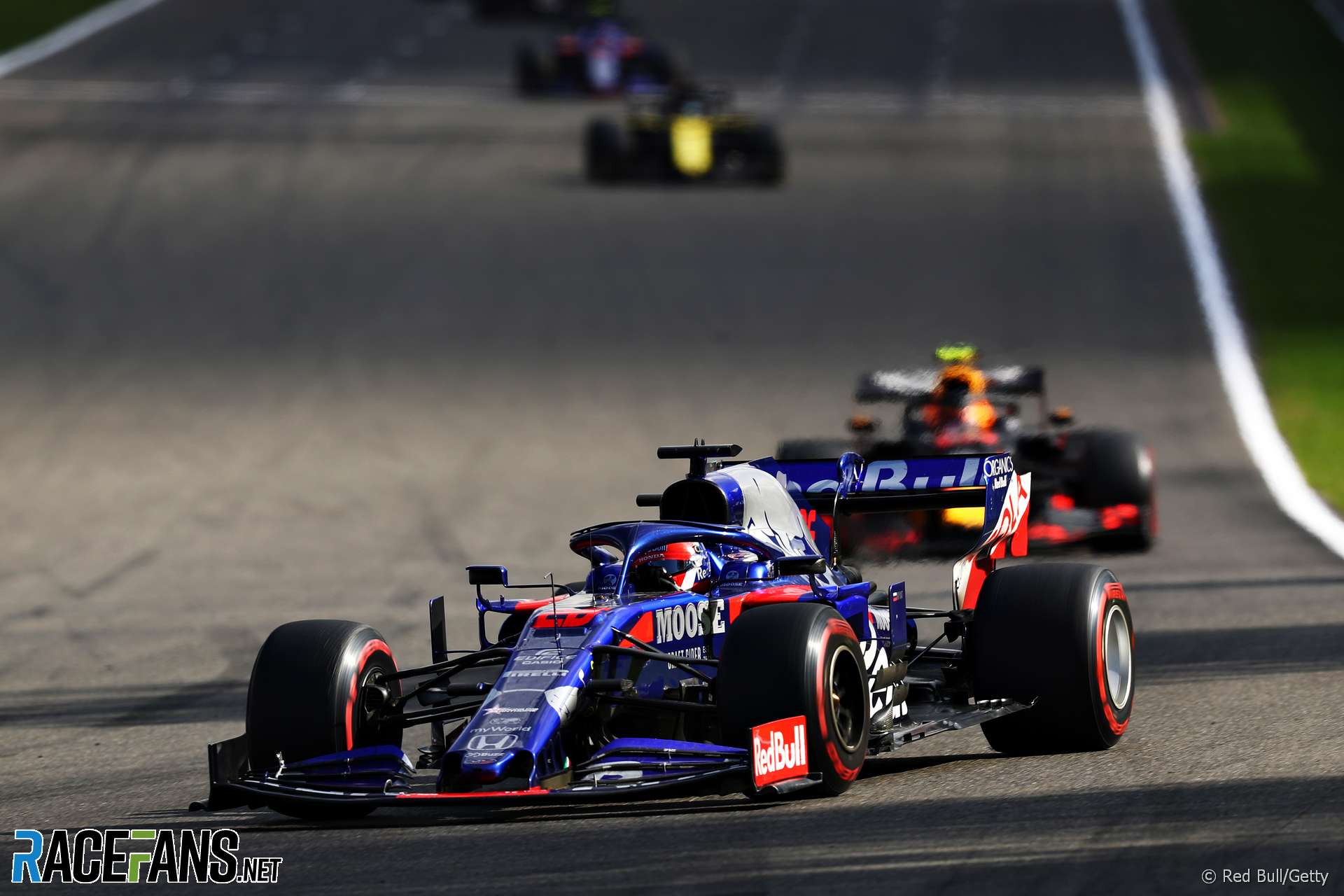 Daniil Kvyat questioned how strong Alexander Albon’s first race for Red Bull had been, pointing out he kept his ex-team mate behind for 36 laps.

Both drivers finished 12 places higher than they started in Belgium. Albon took the chequered flag fifth, two places ahead of Kvyat. But asked at Monza whether Albon’s “good start” at Red Bull reflected well on him, Kvyat questioned how strong Albon’s drive had been.

“I don’t know why you call it such a good start,” he said. “He spent 36 laps behind me in a Red Bull Racing car and he started in front of me as well. So I don’t know. Maybe in the future he will do better.”

Kvyat said he wouldn’t have paid much attention to Albon’s performance after his change of teams if they hadn’t spent so much of the race together. “If he’d stayed at Toro Rosso it would have been an amazing race for him but he was in a Red Bull,” he said.

Albon swapped places with Pierre Gasly, who has now joined Kvyat at Toro Rosso. Gasly and Kvyat both lost Red Bull drives mid-season: Kvyat was replaced by Max Verstappen in 2016.

Kvyat says his and Gasly’s experiences show how hard it is to go up against a driver who’s well established within their team. “It is not easy always, of course,” he said.

“Especially when the driver has high confidence, when the car suits him, it is definitely not easy to just perform consistently. But for sure the cars between team mates are usually very similar which means the chances are likely to be very similar what you can achieve from that car.”