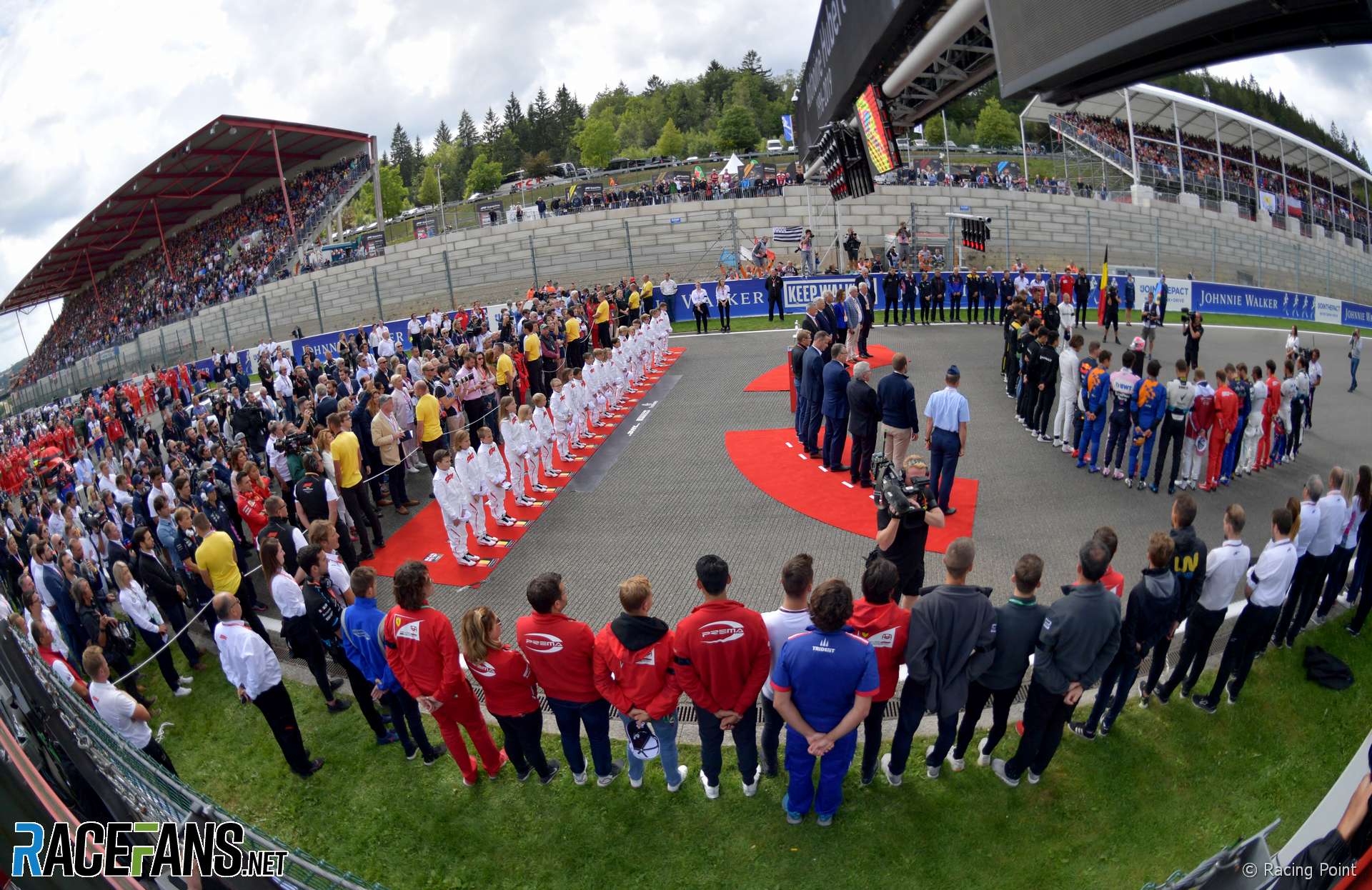 The tragic events of Spa will inevitably remain the most pressing matter as Formula 1 and Formula 2 return to action at Monza this weekend.

Formula 1 raced on in the aftermath of Anthoine Hubert’s fatal crash in Saturday’s Formula 2 race, albeit stunned by the tragedy. Some drivers openly admitted they wondered whether it was right to continue.

The sport is still processing what happened; a formal investigation has commenced. But in the meantime the racing continues. It will be toughest of all for Hubert’s F2 colleagues, 17 of which will be back on track tomorrow, the carnage and its consequences having removed three cars from the competition.

Both series move on from of the fastest tracks on the calendar to the fastest of all. Marcus Ericsson’s spectacular practice crash last year, which he walked away from, shows how quickly things can go very wrong at the speeds drivers regularly reach around Monza. Before any other consideration, let’s hope for a safe weekend.

It’s never a good sign for Ferrari if they reach their home round, well into the second half of the season, still seeking their first victory. Thanks to Charles Leclerc’s efforts last weekend, they have at least been spared that.

However Ferrari is enduring a win drought at its home event. It hasn’t won the last eight Italian Grands Prix, matching its win-less spell from 1980 to 1987. If the team fails to win again this weekend, it’ll set a new record.

But Spa showed Ferrari can feel confident that if its SF90 can win anywhere, it’s Monza. The long straights should suit the car’s strong top speed and there are few corners for Mercedes to make up time in.

Fresh from his first victory last weekend, Charles Leclerc is the team’s form driver at the moment, and will be looking to cement his growing supremacy at the team with another win. Does Sebastian Vettel, who has started behind his team mate in the last six races, have any response?

The Belgian Grand Prix was going well for Antonio Giovinazzi until he crashed out of the points with a few laps to go. He heads to his home race with still only a single point to his name.

Could his future be under threat? His connections to Ferrari gave him the chance to drive for Alfa Romeo and they must be starting to wonder when, or if, Italy’s only current F1 driver is going to come good.

Mercedes and Ferrari both debuted new power units at Spa and both experienced technical problems. All were confined to their customer teams, which was inevitable in Ferrari’s case, as the works team hasn’t used the new hardware yet.

Will they be forced to take things easier than planned this weekend? If so that could be good news for Honda, who debuted their ‘spec four’ power unit at Spa without obvious problems.

Last year Kimi Raikkonen broke the record for the all-time fastest average speed lap in a Formula 1 car at Monza. The cars have been quicker at most tracks this year, so will we see a new record on Saturday?

Perhaps not. Almost every team was slower at Spa than they had been the year before. The draggy nature of the current cars appears to be costing too much time on the straights for that records to fall again.

If you’re heading to Italy for this weekend’s race, we want to hear from you:

Who do you think will be the team to beat in the Italian Grand Prix? Have your say below.