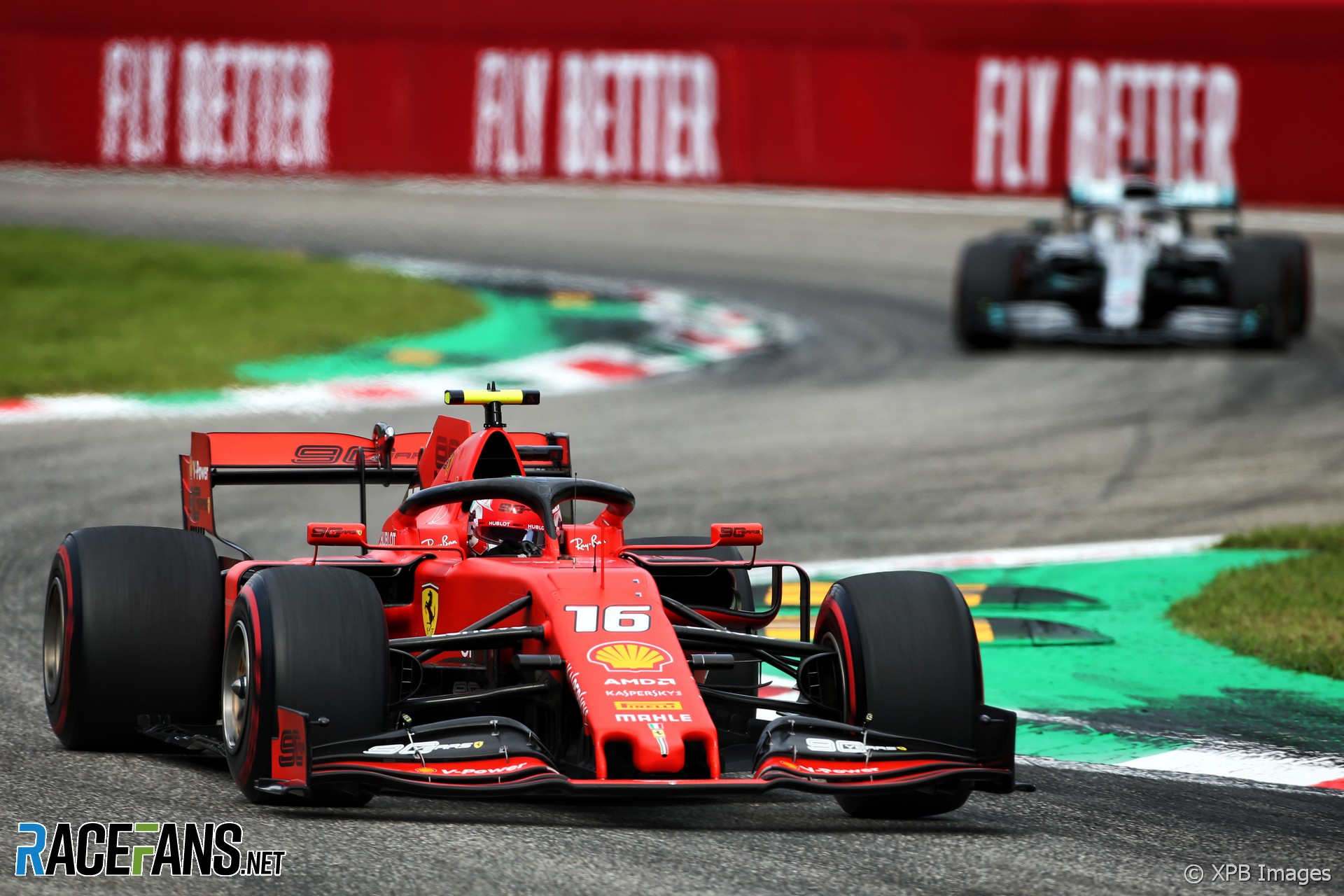 FIA race director Michael Masi has explained why Charles Leclerc was not given a penalty for failing to leave sufficient space for Lewis Hamilton during an incident at the Roggia chicane between the pair.

Hamilton questioned why Leclerc went unpunished for the move after he took to the run-off as the Ferrari drivers squeezed him approaching the corner. Previous similar incidents, including one between Max Verstappen and Valtteri Bottas at the same track last year, have been punished with time penalties.

“We’ve constantly asked for consistency,” said Hamilton. “There was a rule put in place and it wasn’t abided by today. They used different consequences for the rule today.

“I don’t really know why that was the case. I guess the stewards woke up on a different side of the bed this morning.”

Verstappen was given a five-second time penalty for his incident with Bottas 12 months ago. However ahead of the last race Masi said the black-and-white flag would be used to warn drivers for ‘unsportmanlike’ conduct. Leclerc was shown the flag at Monza.

“Then Verstappen should have got that last year,” said Hamilton. “We’ve asked for consistency so the same rule should apply each time.”

Masi said the Leclerc incident was also treated more leniently than Verstappen’s because the Ferrari did not make contact with the Mercedes. “There was contact last year with Max, so that’s one part of it,” he explained.

He added that the revived use of the black and white flag was another reason the two cases were treated differently.

“We need to remember a couple of elements: The discussion with the drivers in Bahrain about ‘let them race’ [and] subsequent discussions which have been ongoing with team principals, drivers [and] sporting directors.