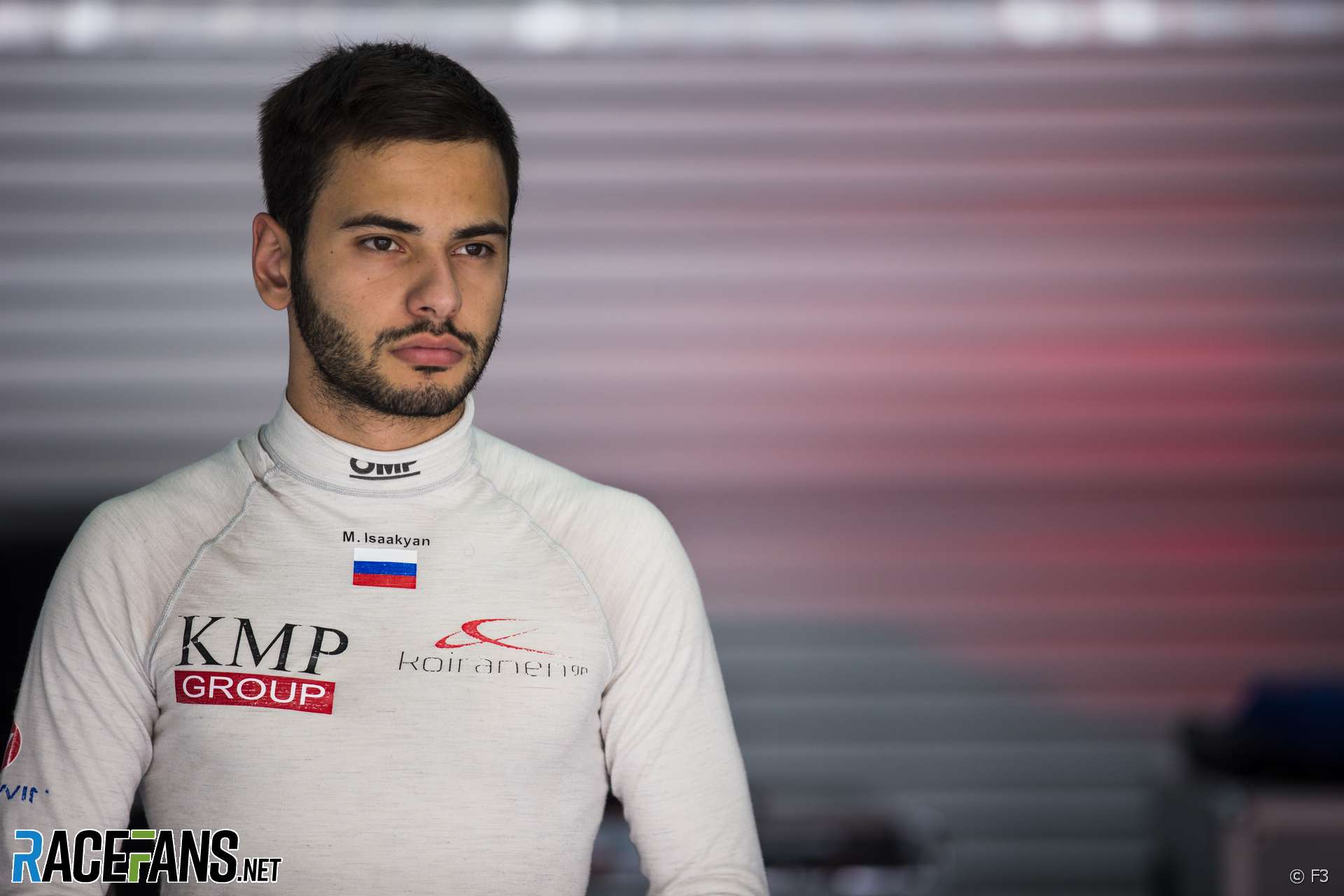 The Sauber Junior Team have selected a driver to stand in for Juan Manuel Correa, who was seriously injured in the crash at Spa which claimed the life of Anthoine Hubert.

Matevos Isaakyan, who is backed by SMP Racing, will take over for the remaining two Formula 2 rounds, including his home event at Sochi Autodrom next week.

Isaakyan is a newcomer to Formula 2 and his been out of single-seater racing since he competed in the now defunct Formula V8 3.5 World Series two years ago. He won twice, at Spa and the Nurburgring, and finished runner-up to Haas simulator driver Pietro Fittipaldi.

Since then Isaakyan has raced for SMP’s World Endurance Championship LMP1 team.

“I’m excited to drive in the F2 championship, especially in my home grand prix,” said the 21-year-old. “This is quite an unexpected development in my season but I’m very thankful for this opportunity and happy to join the team.”

“It won’t be an easy job as I’ll be jumping straight in the car for Sochi practice,” he added. “The biggest thing will be understanding the tyres – that will be the main focus for me as it was when I did GP3. But I don’t think it will be an impossible task to try and get into the top-ten and score some points.”

Antonin Charouz, owner of Charouz Racing System which runs the Sauber-branded F2 team, said Isaakyan “has a proven pedigree in single-seater racing and we’re excited to see him join the F2 grid.

“It’s always a difficult situation when one driver stands in for another but we’re ready to do our best and to finish the season positively.”

One comment on “F2 newcomer Isaakyan to substitute for injured Correa”