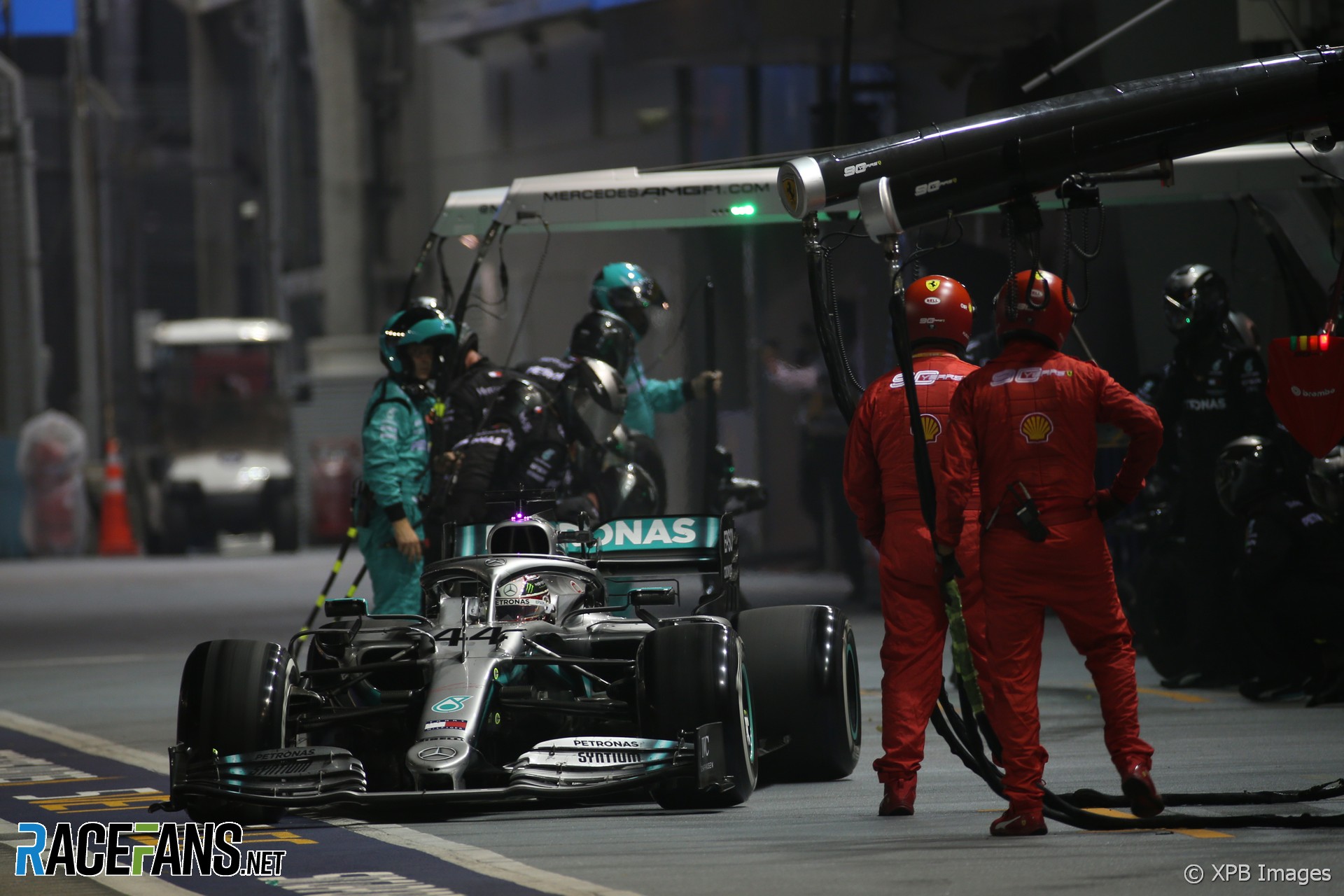 Mercedes admitted they missed a clear opportunity to win the Singapore Grand Prix by failing to bring Lewis Hamilton into the pits earlier.

Hamilton was running second when the two drivers immediately behind him, Sebastian Vettel and Max Verstappen, made their first pit stops. That allowed them to jump in front of Hamilton and deprived him of the chance to use the same tactic to get ahead of race leader Charles Leclerc.

After the race Hamilton said they could have won it “easily” if they had pitted at that point. The team’s trackside engineering director Andrew Shovlin admitted they had squandered the chance.

“We missed an open goal today by not taking the undercut on lap 19,” said Shovlin.

“We had talked about it but didn’t really react quickly enough to how fast Charles’ tyres were dropping. We decided to call Valtteri [Bottas] to do the opposite to Verstappen on the lap that mattered.

“Obviously we should have made that call with Lewis, and made it late enough that they would not be able to react. That was our opportunity to win and it’s upsetting when you let something like that slip through your fingers.”

Mercedes brought Bottas in to protect him from the car behind. “We ended up boxing Valtteri first to avoid losing a place to Albon, which was the reason we asked him to maintain a gap, otherwise it would have forced Lewis in.”

Having missed the opportunity to bring Hamilton in early, Mercedes were forced to leave him out later. “With Lewis we tried to stay out to maximise the tyre offset to the leading pack and see if we could get a Safety Car. We had lost the position to Vettel, but we consciously gave up the position to Verstappen to maximise this gamble.

“The sequence of Safety Cars at the end didn’t help our cause but it probably didn’t make much difference.”