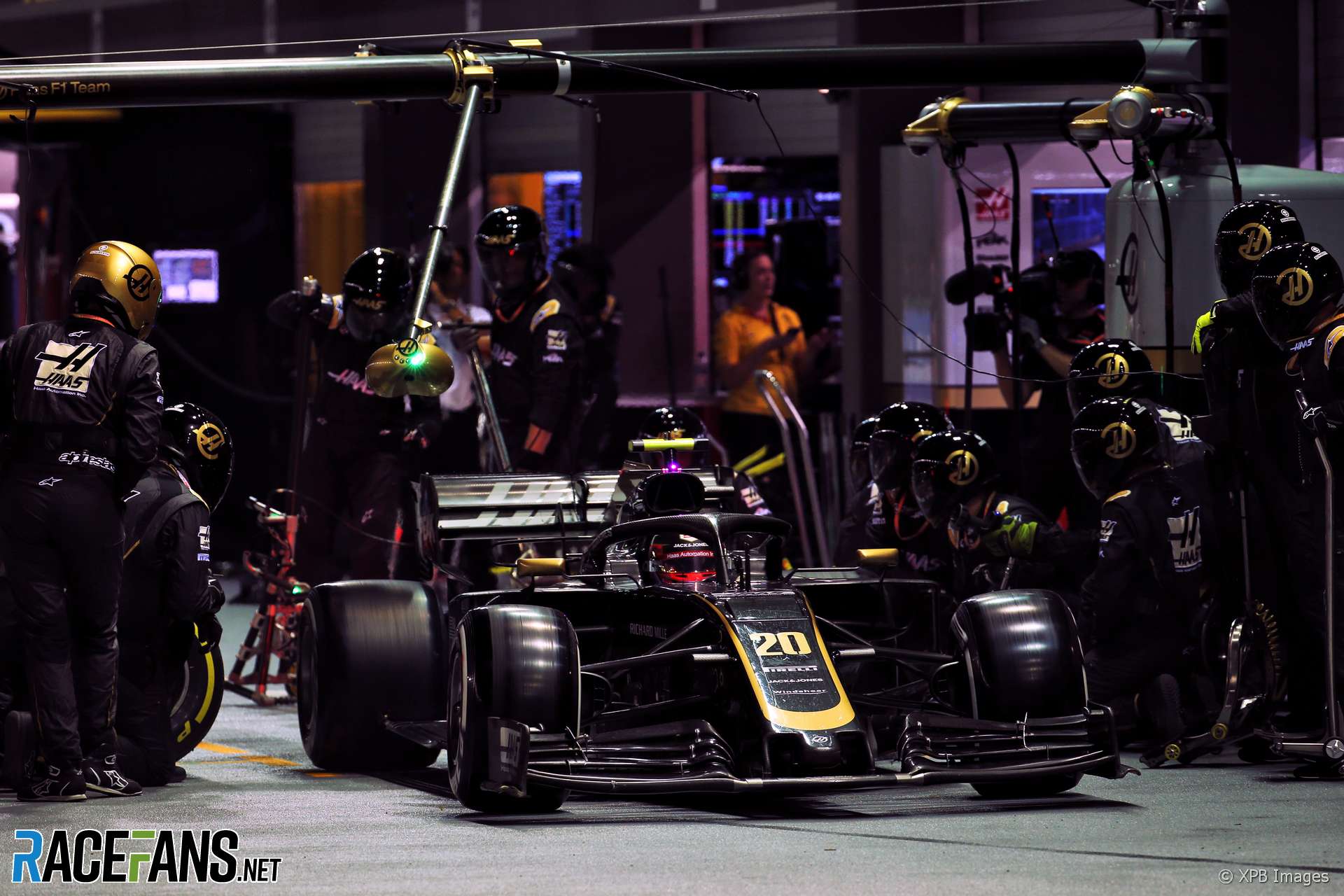 Kevin Magnussen has revealed his Singapore Grand Prix was spoiled by a plastic bag which became attached to his front wing.

The bag appears to have become stuck to his wing during the third Safety Car period, after which his lap times suddenly rose by at least two seconds.

Haas eventually brought him into the pits to inspect the wing. They removed the bag and fitted a fresh set of tyres, after which he set the fastest lap of the race.

Magnussen, who finished 17th, said it was an unfortunate end to a race in which they had been contenders for points.

“We were fighting in the top 10 but got unlucky with the Safety Cars,” he said. “We’d been working so hard, we were doing such a good job to get into the top ten on merit – it was not with luck or lucky pit stops or anything. We had a good first lap and good pace in the car.

“Then we just had all these Safety Cars work against us. On top of that we had a plastic bag over the front wing, we had to pit to remove that. It was a disaster from there. I really feel bad as it had been a good race and the whole team did such a good job, then we get it taken away from us in a cruel way.”

“Unfortunately setting the fastest lap wasn’t worth anything for me,” Magnussen added. Drivers only receive the bonus point for fastest lap if they finish in the top 10.