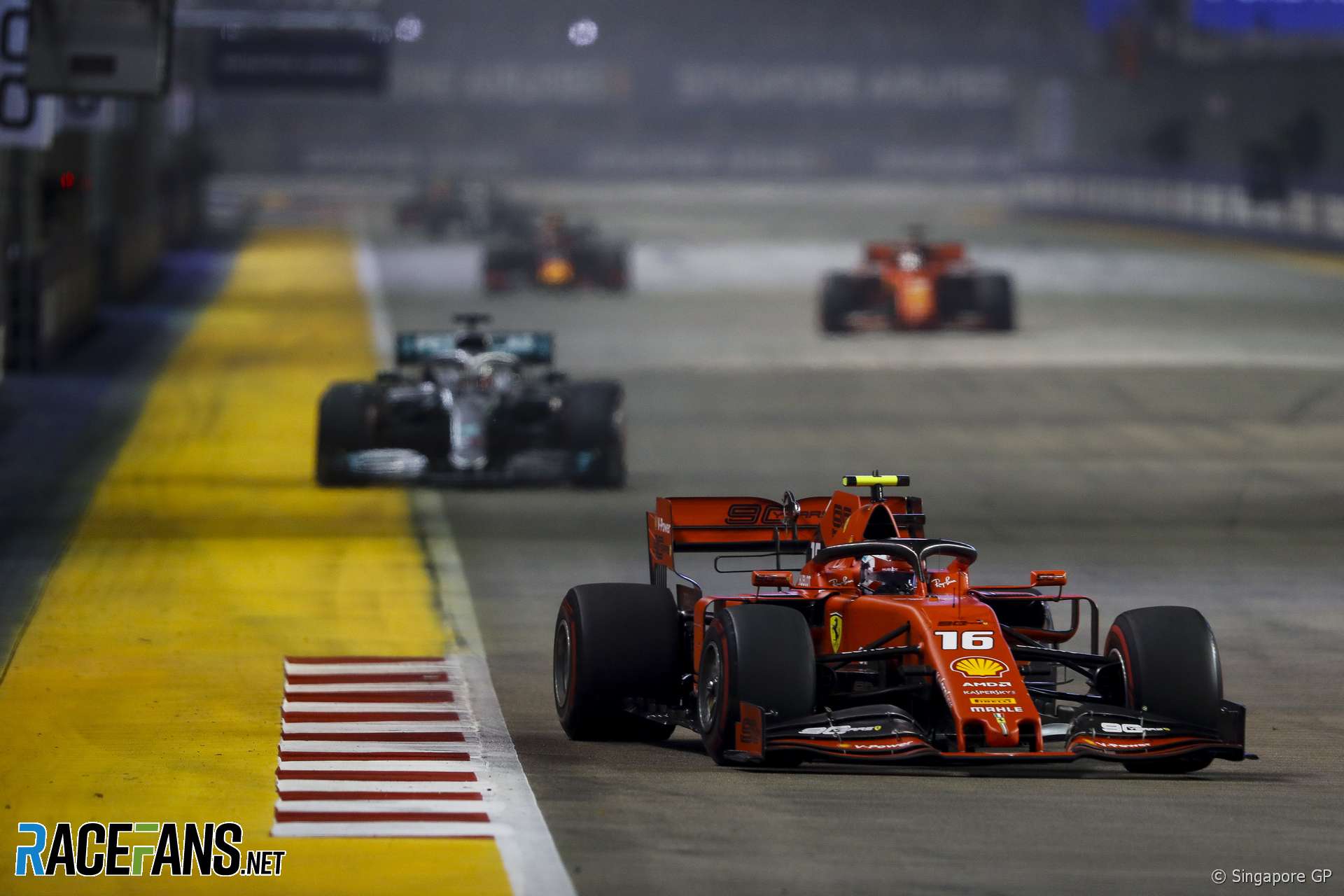 Lewis Hamilton says he doesn’t understand why Charles Leclerc didn’t speed up earlier before Sebastian Vettel jumped ahead of them in the Singapore Grand Prix.

Leclerc led Hamilton and Vettel during the opening stages of the race. The Ferrari driver said he ran a slow pace at first to deny his rivals the chance to make a pit stop.

But Hamilton said Leclerc didn’t speed up early enough to ensure they had enough of a gap over Vettel to stay ahead of him. “I don’t really know why he drove as slow as he did,” said Hamilton.

“Now, you could say that he was probably studying my race last year, or how I did what I did last year, and drove off the pace and then picked up the pace and made the gap. But he ended up never making the gap. He just kept everyone bunched up.”

Vettel was the first of the three to pit, which meant he was the first to run on fresher tyres. He immediately lapped four seconds quicker than the race leader, which left Leclerc and Hamilton unable to stay ahead of him when they pitted.

Hamilton suggested one explanation was that the outcome had been “premeditated” by Ferrari.

“Whether that was predetermined by the team, that could have been how the team worked it with first and third [positions], stopping one car earlier – maybe they knew, maybe it was premeditated. If they did, they did a great job with that.

“Or they just left him either way: Obviously Charles lost the position. But he didn’t really have great pace in that first stint.

“I was expecting him to light it up and get quicker. But I could keep up with him. But then coming around the last corner once he gets to a straight, even if I’m in DRS [range] he’s going away from me.”