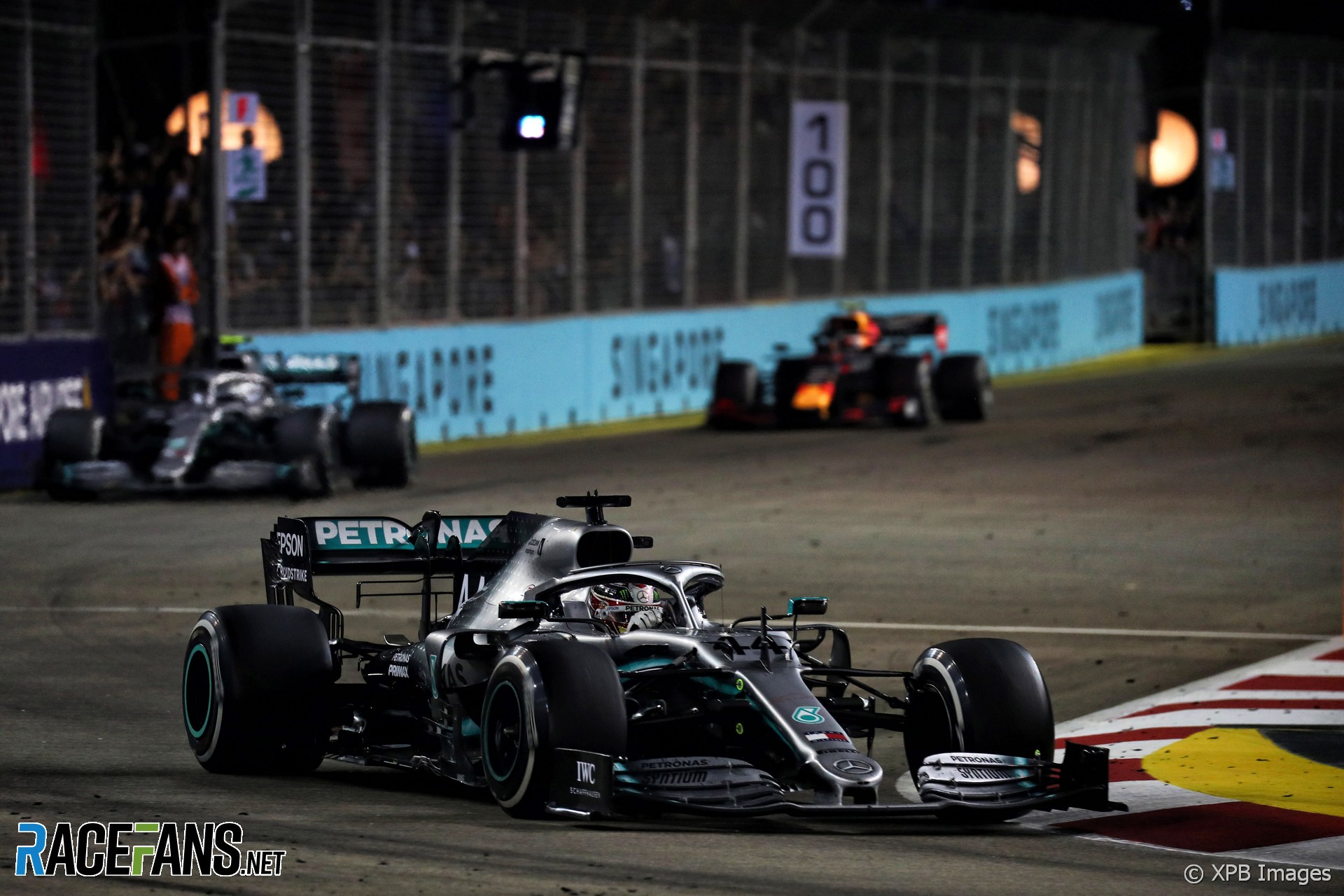 Mercedes instructed Valtteri Bottas to slow down in order to hold up Alexander Albon, team principal Toto Wolff has confirmed.

The team’s strategist James Vowles told Bottas to slow down by over three-and-a-half seconds at one point during the race. That allowed Lewis Hamilton ahead to make his pit stop and come out ahead of Bottas.

Wolff said this was necessary not just to ensure Hamilton didn’t lose a place to Bottas, but to protect him from Albon’s Red Bull, which was two seconds behind Bottas at the time.

“It’s not a great call that we made there,” Wolff admitted after the race, saying the team had been surprised by how much quicker the lap times were after switching to new tyres – the ‘undercut’ effect.

“The undercut was more powerful than everybody expected,” said Wolff. “I don’t think that Ferrari wanted to swap their drivers with letting Sebastian pit first.

“We risked Lewis’s position by keeping him out in order to protect the win. This is why we held Valtteri back, to keep Albon behind, because Lewis would have come out behind Albon. So overall the team result would have been worse than with[out] Valtteri doing that. But we owe him that place.”

Wolff defended the timing of Bottas’s pit stop, saying it was also necessary to keep Albon behind.

“At that stage we were going for the race win with Lewis and that compromised his race. And we needed to protect Valtteri’s position against Albon.

“So you’re taking a big risk with one of your drivers, which was Lewis. And therefore it’s just OK to not let the other driver benefit from a decision that is being made on the pit wall purely for strategic reasons.”

24 comments on “Mercedes slowed Bottas to protect Hamilton from Albon”