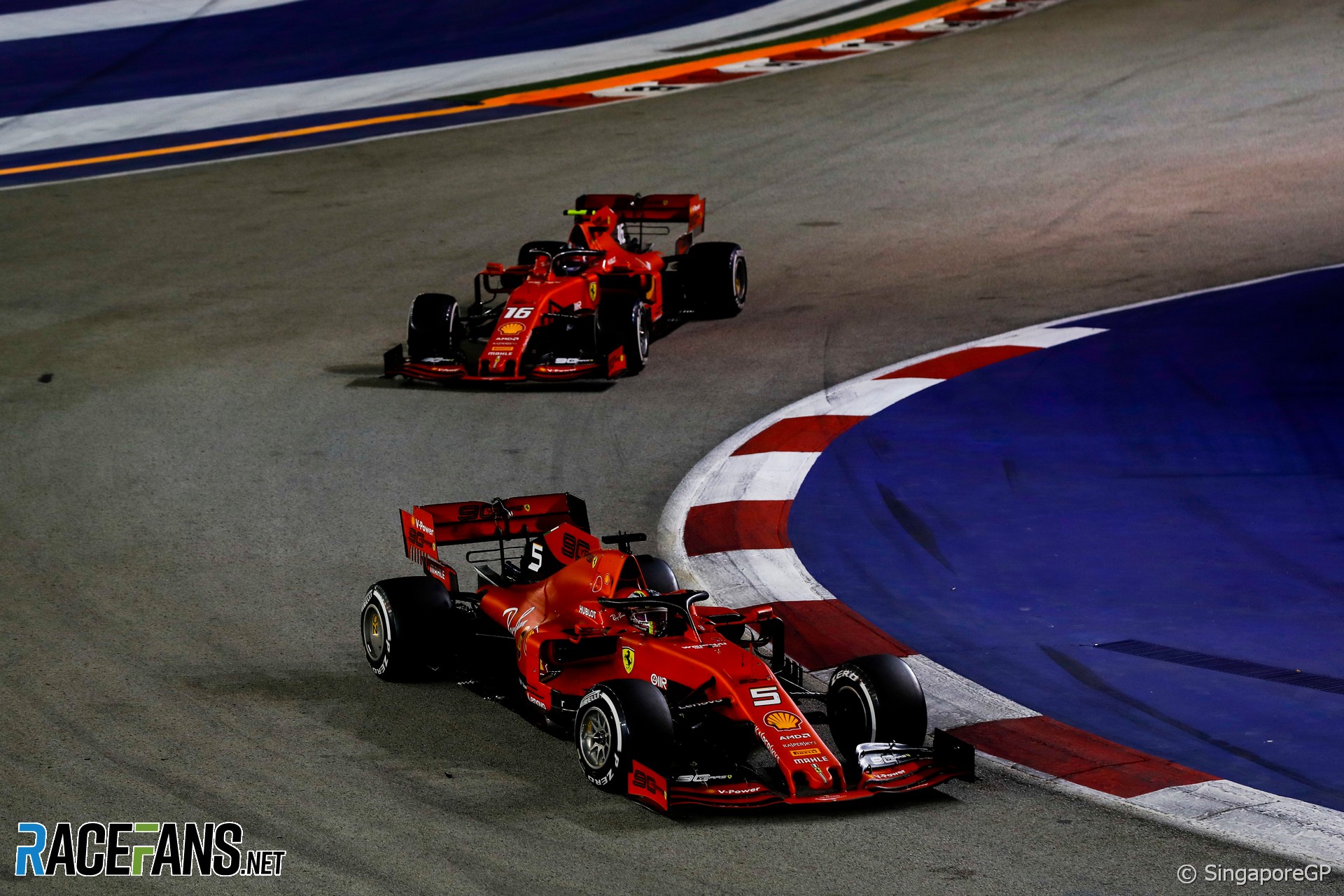 Charles Leclerc said a radio message from Ferrari gave him hope they would give him back the lead of the Singapore Grand Prix after he lost it to his team mate when he pitted.

Ferrari brought Sebastian Vettel in for his pit stop one lap before Leclerc. That allowed him to gain the benefit of fresher tyres sooner, and meant he moved ahead of Leclerc when the leading Ferrari pitted.

Leclerc said after the race he expects an explanation from Ferrari why his car wasn’t the first to pit.

“I don’t know if I could have stopped earlier. I’m pretty sure it was not possible otherwise I would have done that because you normally never undercut one car with the other in the same team. So I’m pretty sure this was the case but I just need confirmation.”

He added that after he fell behind Vettel, a radio message from Ferrari led Leclerc to hope they would restore the two drivers to their original running order.

“At one point I had a message on the radio that maybe gave me a small hope that they will give us back the position as it was before the pit stop. But at the end at the end it didn’t happen. It’s OK, at the it’s a one-two for the team.