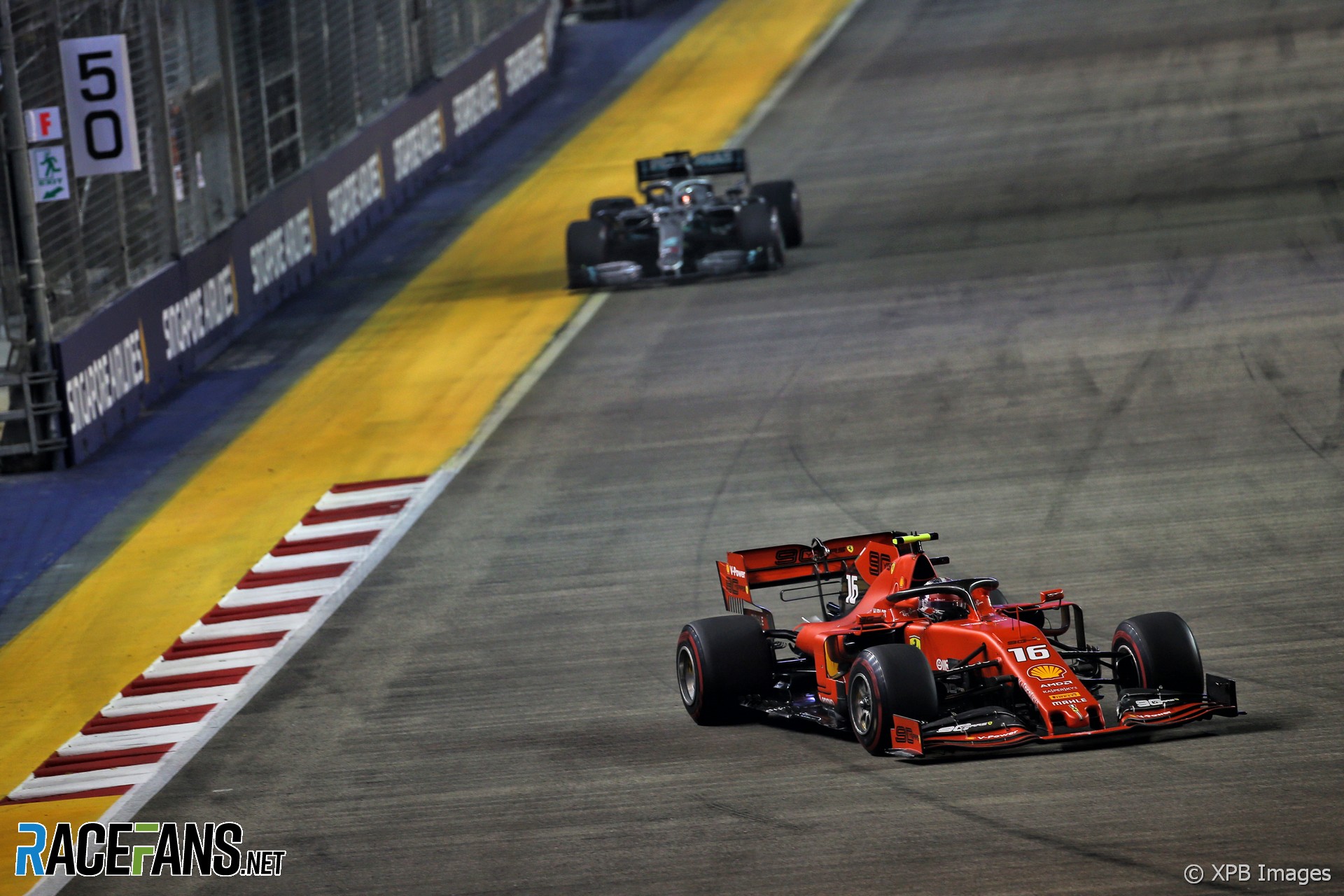 Lewis Hamilton says Ferrari’s victory in Singapore shows they will be difficult to beat over the remaining races this year.

Following the summer break Ferrari’s strong showing at Spa and Monza was widely expected because of their strong straight-line speed. However their pole position and one-two finish in Singapore caught many by surprise.

Hamilton believes their breakthrough result wasn’t just due to them putting a major new upgrade on the car.

“Maybe they already had a good car all year [and] it just wasn’t working in right the window,” he said. “They couldn’t have brought – maybe they did – but it’s unlikely they brought a massive, massive upgrade that’s brought 20, 30 points [of downforce] or something which is, probably, performance-wise, what you would expect they’ve taken here.”

However it was achieved, Ferrari’s performance in Singapore shows they will be contenders for victory in the remaining races and Mercedes must operate at their very best to beat them, Hamilton believes.

“Clearly their car works really well everywhere now so it’s going to be very hard to beat them. Particularly [because] they’re so quick on the straights. We can’t compete with them on the straights at the moment.

“We have won before with not the best car. But it’s just really how we deliver over the weekend. At the moment they’re delivering better on both ends.

“If we are better in the operations area then I think that we can just pip them. Like [in Singapore] I did enough in the race for the first stint to gave come out in the lead but just the whole process didn’t work as well as should do. So we’ve just got to re-huddle and get back together and work hard moving forwards.”