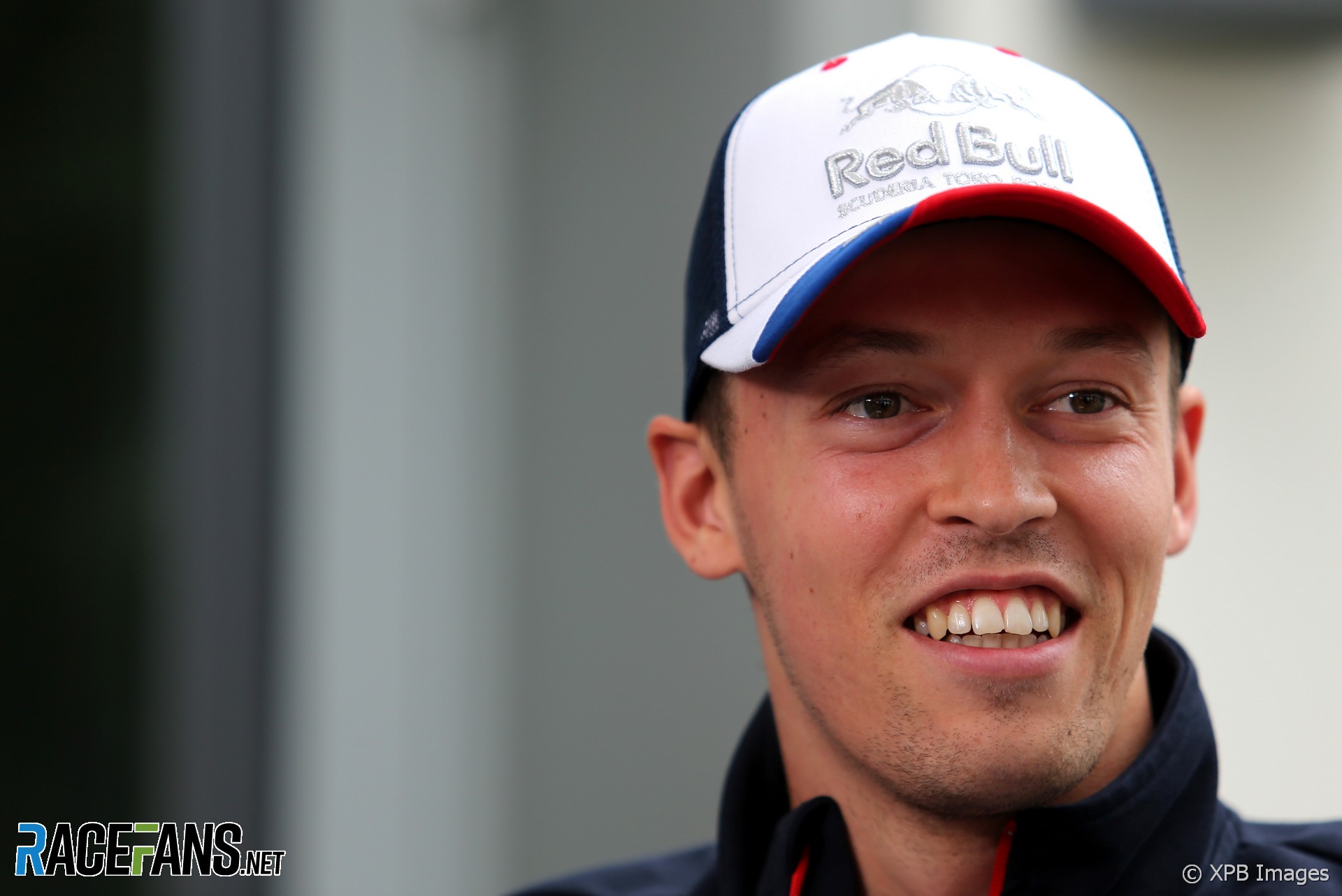 As RaceFans revealed earlier, Russia’s round of the world championship could move to St Petersburg due to new construction developments planned at the Sochi circuit which has held the race since 2014. A new racing circuit is under construction in the vicinity of St Petersburg, Russia’s second-largest city.

Kvyat was born in Ufa, Bashkortostan, which is not close to either venue. However he sees benefits in a potential move to St Petersburg.

“I think as long as there is a race in Russia I’m up for it,” said the Toro Rosso driver in today’s FIA press conference. “Maybe it’s not a bad idea to have it closer to that region also where there is even more accessible to the people from Moscow, from St Petersburg.”

“Maybe it will bring more spectators which is cool, maybe also from Europe, from Finland. It’s a very popular sport there, it will be cool.

“It’s not a bad idea,” Kvyat added. “Here is very nice but knows it could be even better. Why not?”