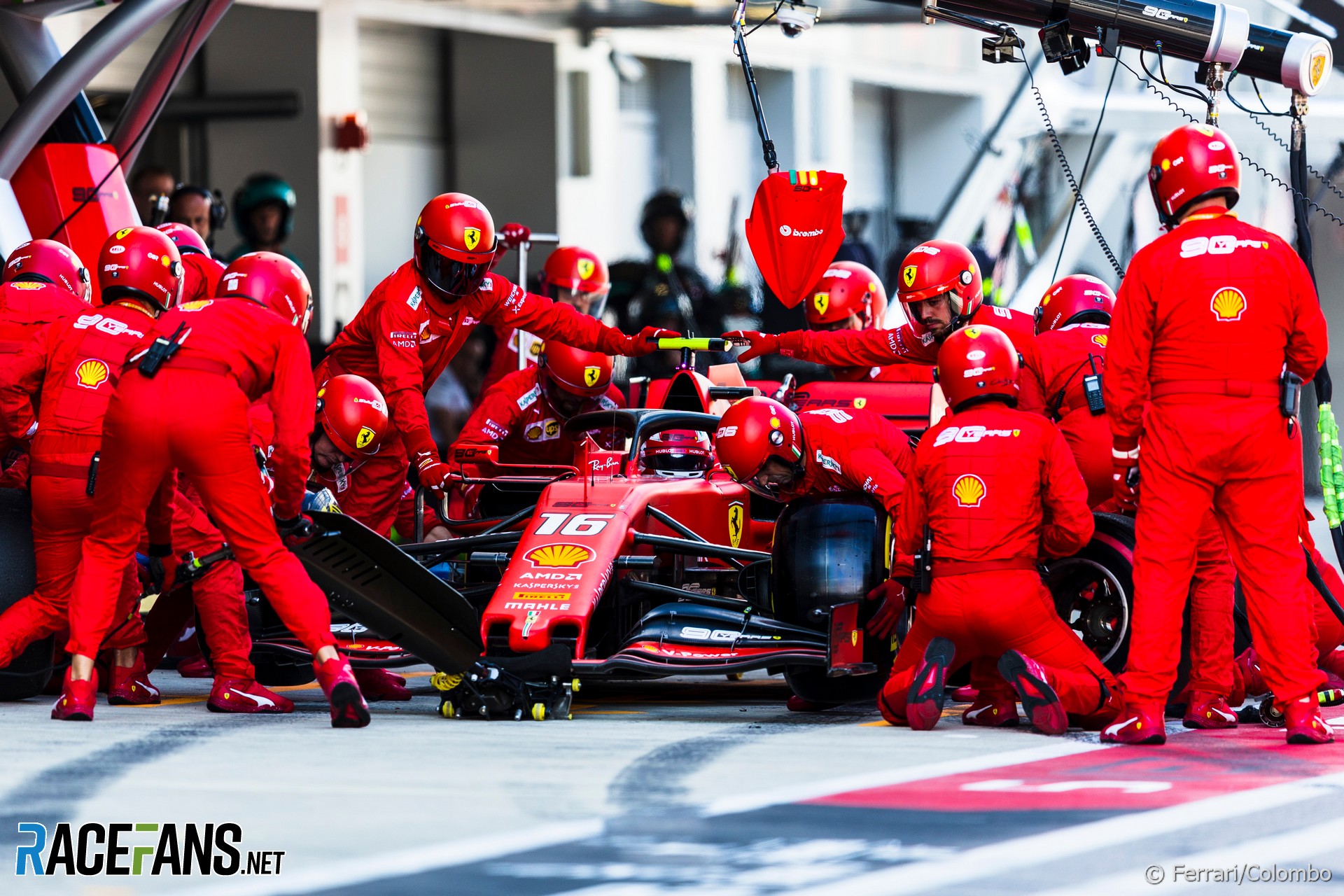 Charles Leclerc defended the decision to make an extra pit stop during the Russian Grand Prix, even though it cost him second place.

The Ferrari driver lost the lead of the race to Lewis Hamilton who was able to pit during a Virtual Safety Car period. That left Leclerc running second between the two Mercedes drivers but on older and harder tyres.

Following a discussion with his team on the radio, the decision was taken for Leclerc to pit again and fit a set of soft tyres. This dropped him to third place behind Valtteri Bottas.

Leclerc was unable to pass Bottas and ended the race in third place. Afterwards he said it had been a “tricky situation” for the team.

Not pitting would have meant “staying on medium [tyres] that had already [done] five or six laps, compared to softs that were new.” That would have left him at a disadvantage, Leclerc pointed out, “especially for a restart after the Safety Car.”

“We are, and I think everyone on the grid is, struggling to keep these tyres in temperature any time we are behind a Safety Car. If you are on a medium, already it’s a disadvantage, and if it’s a bit worn, then it’s another disadvantage.

“So we didn’t want to take the risk to lose more than one position. I think we did the right choice. Looking back, you can always think about a better scenario – but at that time I think it was the right decision for us.”