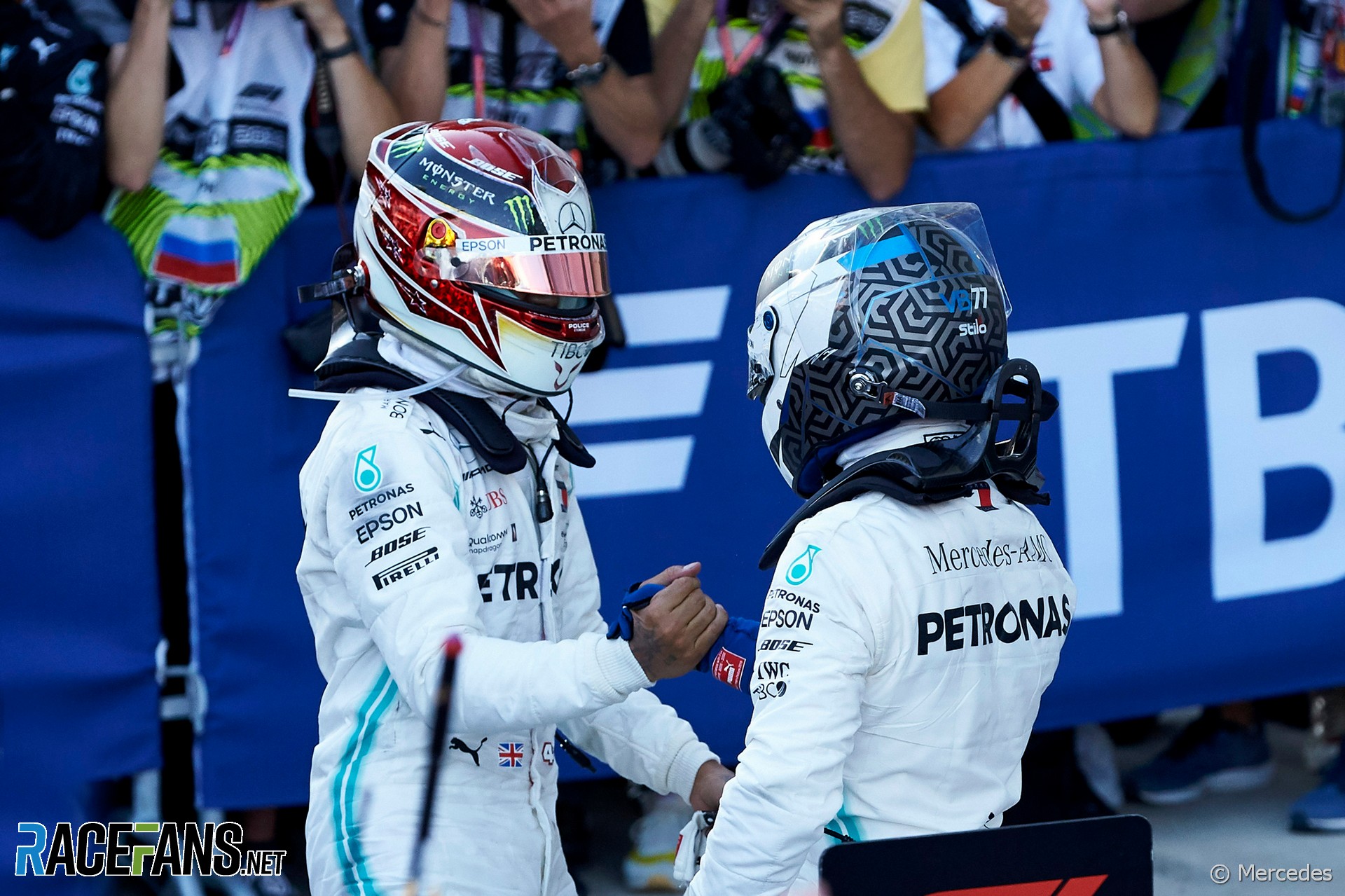 In the round-up: Mercedes team principal Toto Wolff says the team will ensure their drivers are treated fairly as they fight for the drivers’ title over the remaining four races.

Lewis Hamilton and Valtteri Bottas are the only drivers left who can win the championship.

I think we’ve got to stay true to the values that we have defined in the past and always play the most fair game. You can see how difficult it is sometimes like [in Japan].

But we are certainly keen and you see them racing. Valtteri’s very much an outsider with the points [he’s 64 points behind] – two and a half wins out of four races. So we will give them equal opportunity and for them to race it out of track.

Lads it’s way too early in the morning to be getting angry at Lewis Hamilton for giving a damn about our dying planet, move along.

"It is very difficult to get a race off the ground, and it’s even harder to have longevity. One thing that everyone’s learned in this sport is you can lose massive amounts of money."

"The German team will officially enter the Championship next campaign, replacing Arden"

Does IndyCar’s Aeroscreen show the direction F1 should have taken with its Halo?

The Penske looks pretty wild with the screen painted (wrapped) on top. I’m sure things will look considerably better by the time next season rolls around and the teams play with the livery schemes. I’d love to see the view front on to see if that changes the optical illusion of it being flat, which it isn’t.

This is a quantum leap for drivers safety! Pretty certain you’ll see this on the next F1 cars. Thank you all involved.
Don

Happy birthday to Harris and Evan!