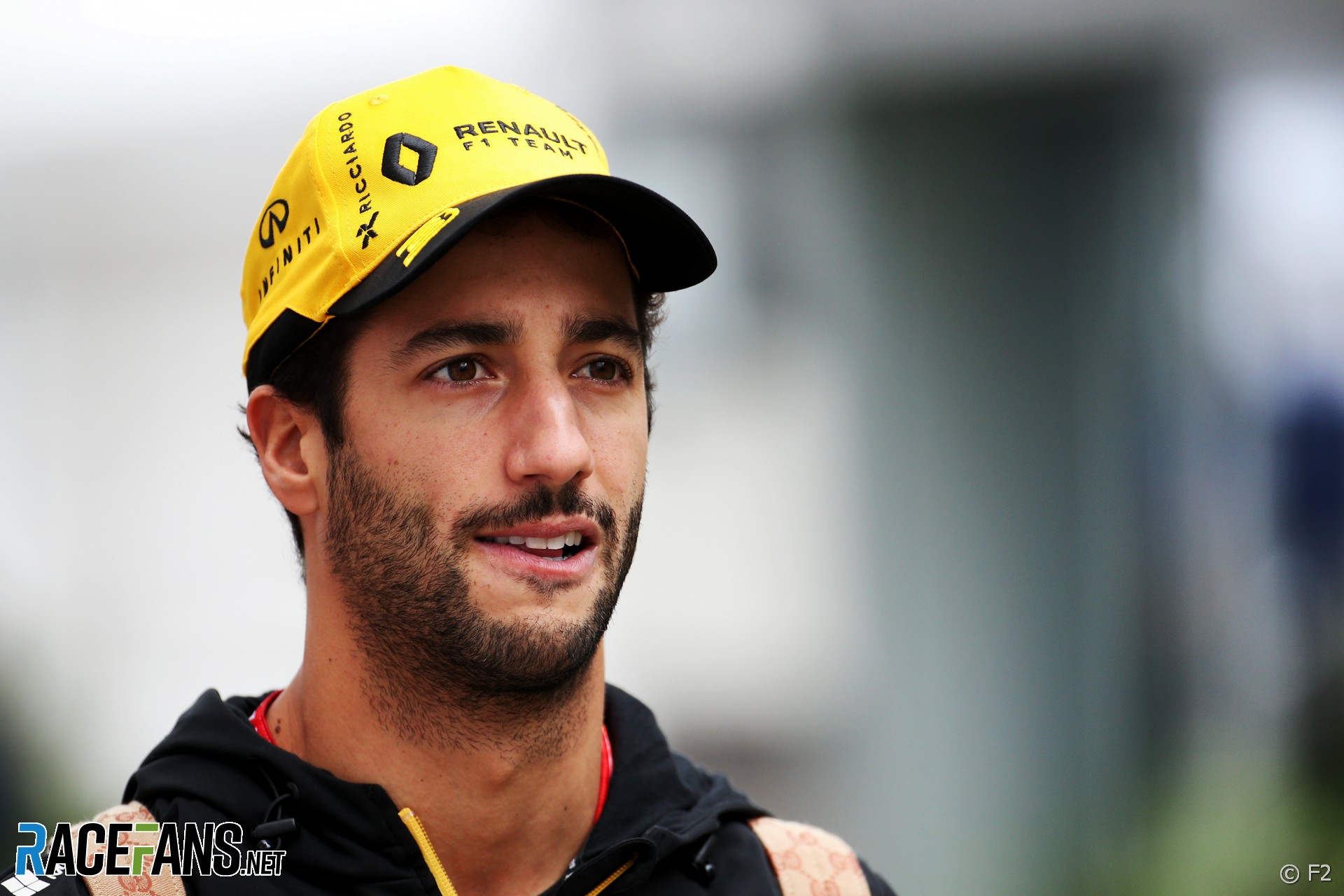 Daniel Ricciardo has reacted to his second disqualification in three race weekends by saying F1 is “sometimes not the nicest sport”.

Ricciardo, along with Renault team mate Nico Hulkenberg, was stripped of his points-scoring position in the Japanese Grand Prix after the team’s brake bias system was ruled illegal. Two races previously, Ricciardo was disqualified from the results of qualifying after his MGU-K exceeded the maximum power limit.

Speaking to media including RaceFans in Mexico on Thursday, Ricciardo said such setbacks were “probably the most difficult part of this sport.”

“That probably [goes for] a lot of sports. But this sport in particular because there’s so many variables and so many things can go wrong.

“Now I feel great and I feel like the weekend is going to be awesome. But maybe something happens and it isn’t.

“There’s so many things that can take away from you. So for that, it’s sometimes not the nicest sport.

This year isn’t the first time Ricciardo has lost a result due to a technical infringement. In 2014 he scored his first podium finish at his home race, but was later disqualified due to a power unit infringement.

He admitted he has asked himself “why did I choose this sport?”

“I’ve said that a few times. But deep down I love it. I love the challenge of it. Even [after] what happened yesterday with the result of Japan. Now, I see it in the team, yes, we’re angry and frustrated but we’re all just like, well, screw this, let’s go and get those points we lost. It’s motivation.

“You use the bad days as motivation. I think that’s the best thing. And the good days, you appreciate them, and I think it’s important to celebrate the good days.”

Ricciardo’s Suzuka disqualification cost him sixth place, which meant he fell out of the top 10 in the drivers’ championship. “I was frustrated because eight points would have been nice for me,” he said. “Now I’m just watching onboards of my pole lap last year and getting myself excited for this race.”

The double disqualification in the latest in a series of setbacks for the team which has hampered their efforts to make progress in Ricciardo’s first season with them.

“I do feel this year it’s been tough for us to get momentum,” he said. “Obviously coming in as a team there was pretty high expectations to build on what they had last year.

“It hasn’t really been that way so far. And when we do get something going, something like this happens or my penalty in Singapore or whatever. So it’s been hard for us to have momentum and have a real swing at races. I feel like something always seems to be getting in the way.

“But if we just sit here and say ‘well, poor us’, then we’re not really going to move forward. So I think we’ve got to brush it off. I think that’s the only thing to do. If there’s anything, a mistake made that we can learn from, sure we’ll try and learn from it.

“Otherwise, I think [for] pretty much everyone in the paddock, this is the two favourite double-headers of the year. So I think we’ll just use that kind of happiness and positivity to try and get some good results.”