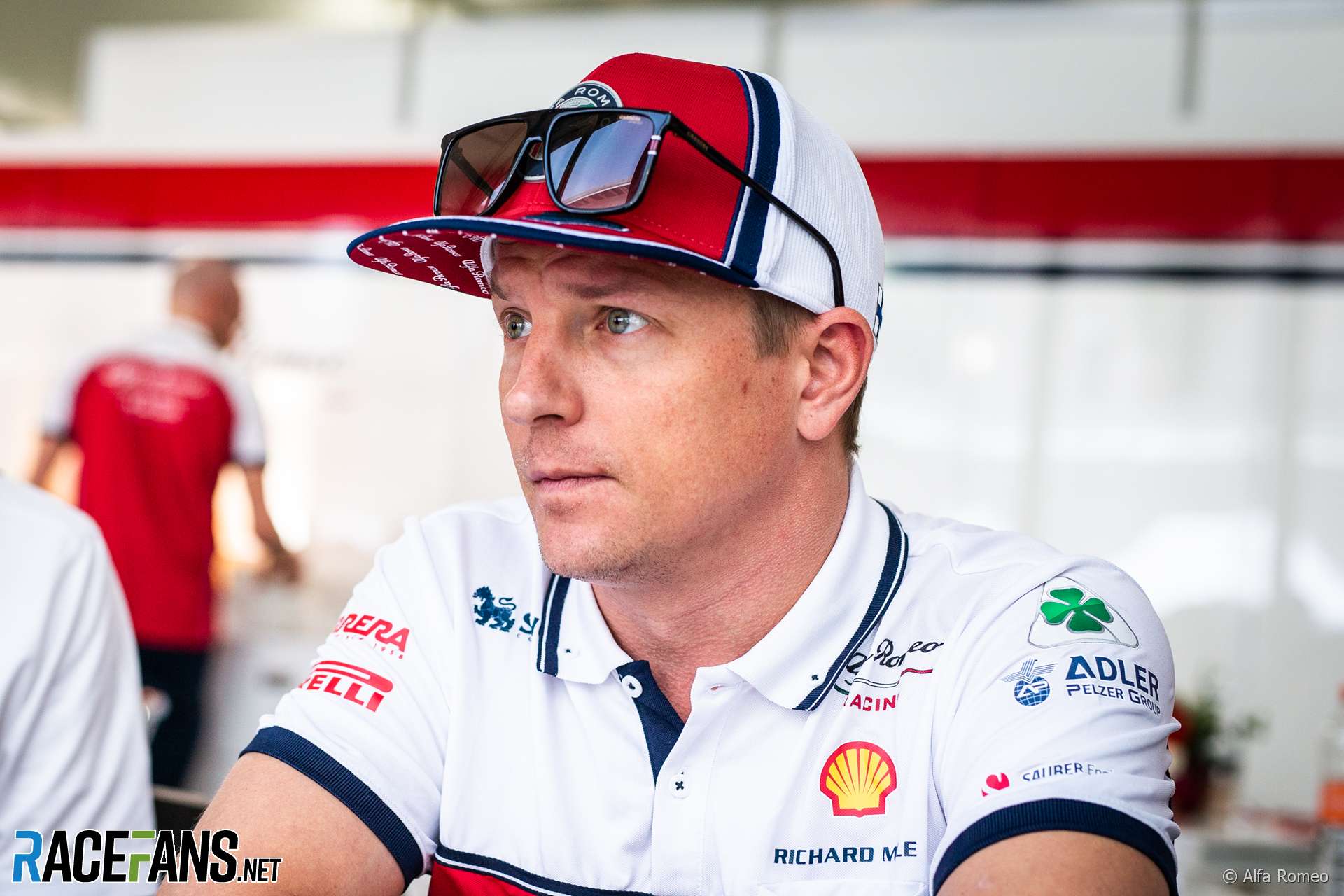 Kimi Raikkonen believes F1 must prioritise improving the quality of the racing over sustaining its record-breaking lap times.

New rules for the 2021 F1 season revealed yesterday will make cars around three second per lap slower, the FIA believes. Sebastian Vettel is concerned that will make F1 cars too slow.

But Raikkonen believes a rise in lap times is a price worth paying if the racing improves as a result.

“I don’t think three, four, five seconds makes any difference,” said the Alfa Romeo driver. “Like if you take qualifying, yes, we are fast. But you take the race we are probably five, six seconds with fuel and everything else.

“I think even if we are 10 seconds slower, for people to watch the races, if it’s more exciting nobody cares. Every year the times are slightly different.”

“I don’t mind,” he said. “I think actually one of the most fun years I had in F1 was 2014. And the cars then were eight seconds slower or something than they are now.

“I was actually just in our meeting, there was the FOM coverage, [they] were filming the go karters. There’s some rental cars and there was two battling and I was getting excited just watching them. They’re going probably 30 miles an hour. But I think anything that is going to be close, I think that’s exciting.

“So I would rather have good racing than single file lap records. Then we might as well just do time trials for the rest of our career. So I’m okay with three seconds slower.”

25 comments on “Raikkonen: If the racing is better no one would care if we’re 10 seconds slower”