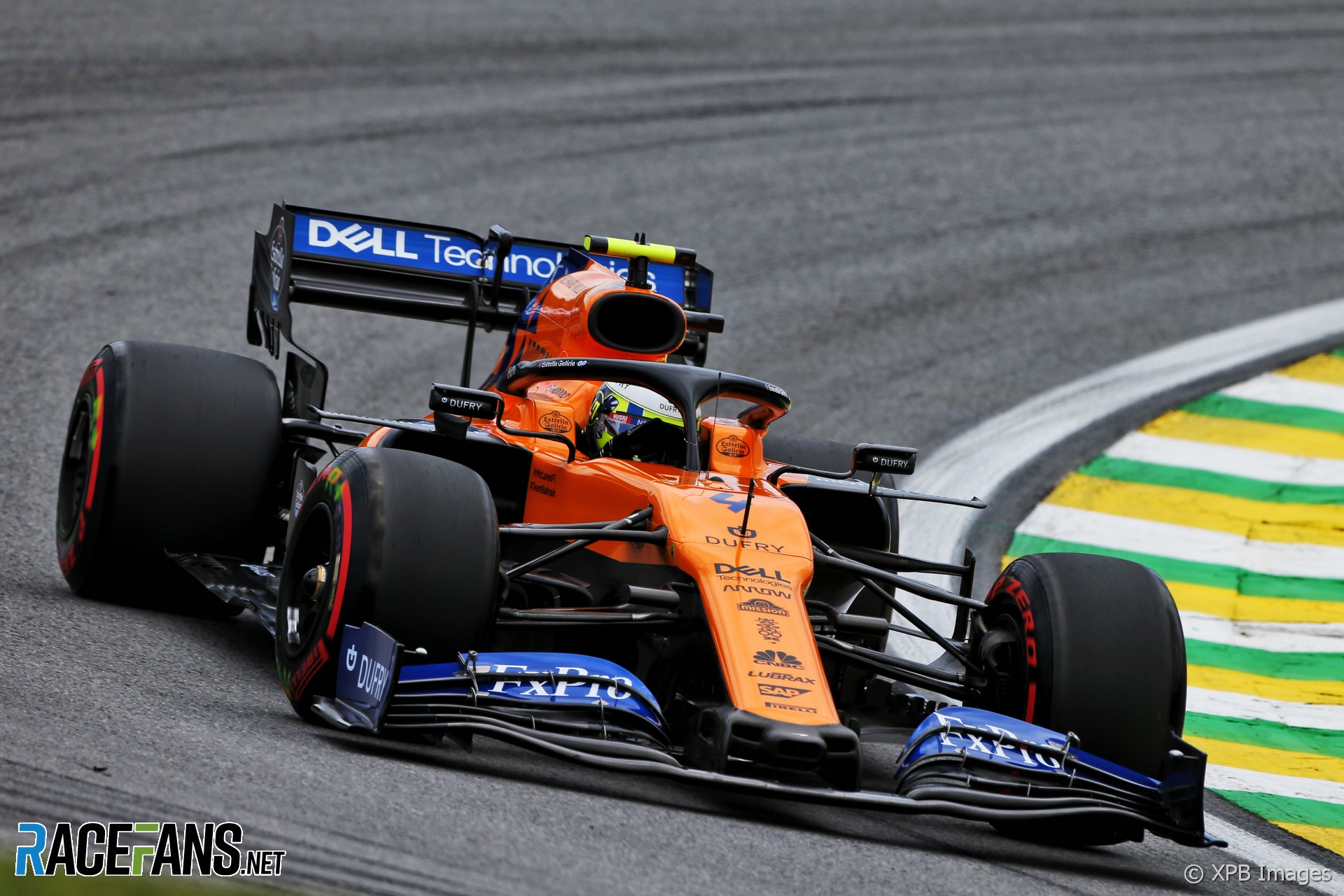 Only two teams are lapping quicker at Interlagos than they managed last year.

As usual McLaren are one of them. Despite failing to get either car into Q3 – Lando Norris missed the cut by just one hundredth of a second – the orange cars lapped over half a second than they managed in 2018.

The other team were Red Bull, who continued their strong run from recent races. They have been among the top three most-improved teams for the last five races in a row.

Max Verstappen claimed pole position by a tenth of a second. He was only quickest of all in one sector – through the middle of the lap – but gave little away to Ferrari or Mercedes through the straights in the other two sectors.

As they were in Mexico, Mercedes were only the third-fastest team. “We seemed quite competitive in P3,” said Lewis Hamilton, “and then we seemed to lose when we went into qualifying, or they gained.

“But I’m really happy that I was able to divide the Ferraris,” he added. “It’s always a tough track. We’ve been down on power, I guess, compared to the others, particularly, that’s where we lose most of our time.”

The Interlagos track has now remained unchanged in configuration for two decades, though it has been resurfaced during that time. Nonetheless, it gives one of the best reflections of how F1 car performance has changed over that time. Today’s cars are over six seconds a lap quicker than the V10 cars which raced at the turn of the millennium.