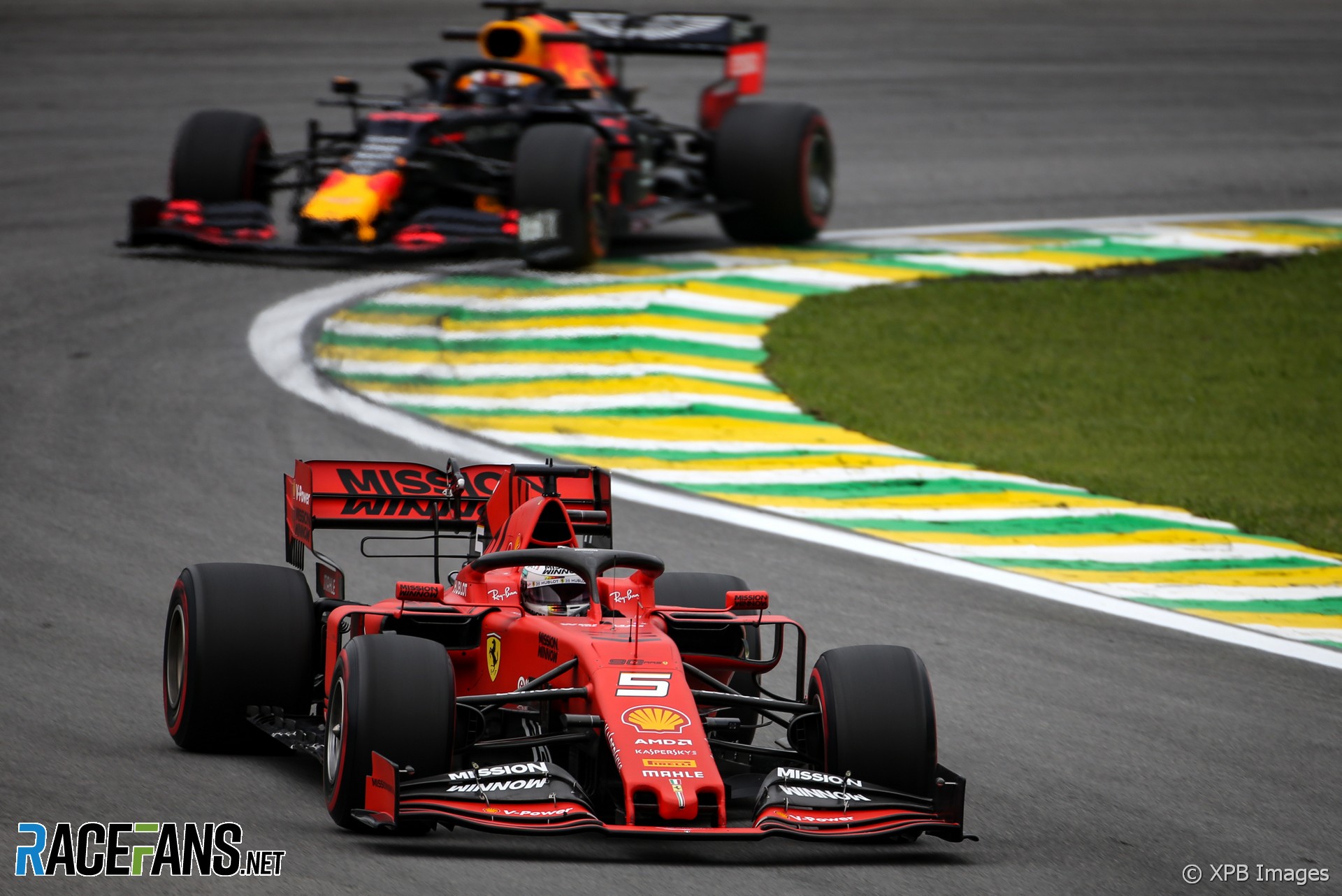 The top three cars were separated by less than a tenth of a second on the grid two weeks ago, and the Brazilian Grand Prix may prove just as close this weekend.

While Ferrari claimed the top two place in practice on Friday, their rivals were well within range around the company Interlagos layout.

Max Verstappen, who has great form on this circuit, led the charge. However Red Bull tend not to gain as much pace from Friday to Saturday as their rivals.

Mercedes were similarly close, though Lewis Hamilton downplayed their chances of finding the “three tenths” he reckons they need to catch the Ferraris. However Austin pole and race winner Valtteri Bottas was within two-tenths of a second of Friday’s pace-setter Sebastian Vettel.

At several races this year we’ve seen drivers get in each others’ way in Q3 as they vie to gain a slipstream at the start of the lap. The punishing uphill climb to turn one at Interlagos, and the long back straight after turn three, may mean drivers try to seek a tow in qualifying. As the lap is so short, the extra time it offers could make a vital difference.

Conditions were wet and cool on Friday but the next two days are expected to be dry and progressively warmer. We are likely to see the track ‘come towards’ some teams and away from others; Kevin Magnussen, who was sixth-quickest for Haas, is anticipating the higher temperatures will prove their undoing.

This will have a bearing on the race as well. Daniel Ricciardo was not impressed by the harder compound after Friday’s running.

“If we had a race today, I wouldn’t try my hard strategy that I’ve tried in Suzuka and Mexico,” he said, joking: “I’m saving tyres, you know, looking after the environment…”

But by Sunday higher temperatures and increased grip from the build-up of rubber may make the hard tyre a viable option.

If qualifying should be exciting at the sharp end, for the drivers in the midfield it will be even more fraught. From 10th to 16th – which in qualifying is the first driver eliminated in Q1 to the last driver into Q3 – was covered by less than two-tenths of a second. Lando Norris, 18th, was little over half a second away from being sixth.

Saturday should therefore serve up one of the closest qualifying sessions of the year.

3 comments on “Qualifying slipstream could prove decisive at Interlagos”