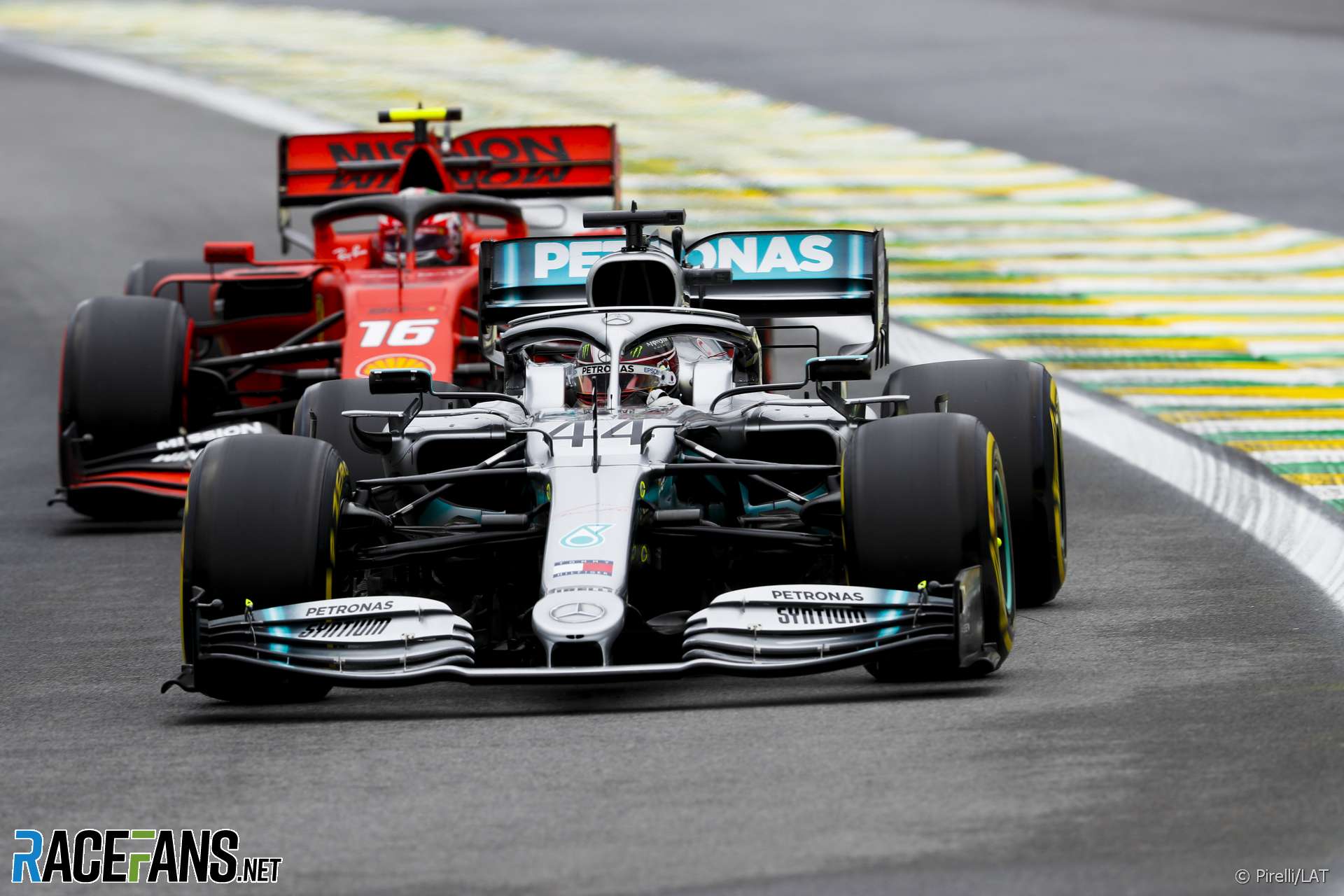 Qualifying for the Brazilian Grand Prix has produced a fascinating grid which will hopefully resolve into a compelling race.

At the pointy end we have three different cars in the top three places for the second race in a row. Red Bull, Ferrari and Mercedes have converged on performance as the season draws to a close.

Mercedes showed strong race pace on Friday but admitted to taking a wrong step with their set-up in final practice, which they spent most of qualifying undoing. That allowed Max Verstappen and Sebastian Vettel to squeeze them off the front row of the grid. But the two silver cars lined up behind them will be on the offensive in the race.

Conditions at the track have been getting hotter since the race weekend began. Exactly how warm it gets on Sunday could have a significant bearing on the race.

“We’ll have to go into it with an open mind because the conditions we expect on Sunday are very different from the ones we saw [on Friday], where we did most of our assessment of the tyre behaviour,” said Mercedes technical director James Allison.

“Given that the top three cars are very close to one another in overall performance, I think tomorrow be a race where the car that reacts best to the hotter track, and makes judgments based on the degradation they’re seeing on the fly as the race actually happens, will probably be the ones that are happy at the end of the race.”

Pirelli believes a soft-hard one-stop strategy is the favoured approach on paper. But those hotter temperatures could tip the balance in favour of a soft-soft-medium two-stopper. And the longer teams extend that first stint, the more realistic a soft-medium one-stop may become, if the track conditions allow it.

Daniel Ricciardo is among those who likes the look of a single-stop approach. “For sure doing [fewer] pit stops is better,” he said. “But maybe a two-stop is fast. I don’t know but I’d like to try and go as long as I could.”

His decision may be influenced by the unusually strong qualifying performance by the Haas pair. Both will start inside the top 10, but recent experienced suggests they’ll slip back in the warmer conditions, and could bottle up the cars behind them.

“Looking around us today typically the Haas, for example, haven’t been that strong this year on tyres in the races,” said Ricciardo. “They’ve both qualified really well today, but maybe tomorrow that kind of bunches the midfield up.”

Behind them an out-of-position Charles Leclerc will be trying to make his way up from 14th on the grid. The only driver from Q3 who will start on medium tyres, he will be hoping that passing doesn’t prove as difficult as it seemed in Friday practice. However the sector times from qualifying indicate he may be running less downforce to boost his straight-line speed, a decision which may lead to higher tyre wear and a greater chance he’ll have to pit twice.

But the heat will play a role in that for every driver, as Ricciardo acknowledged: “If it goes to like 45 degrees track temperature – one report said maybe it even gets up to 50 – I think it could then push a two-stop race being more favourable.”

Will Verstappen finally claim a Brazilian Grand Prix victory after missing out in 2016 and 2018? What can Leclerc do from 14th on the grid?