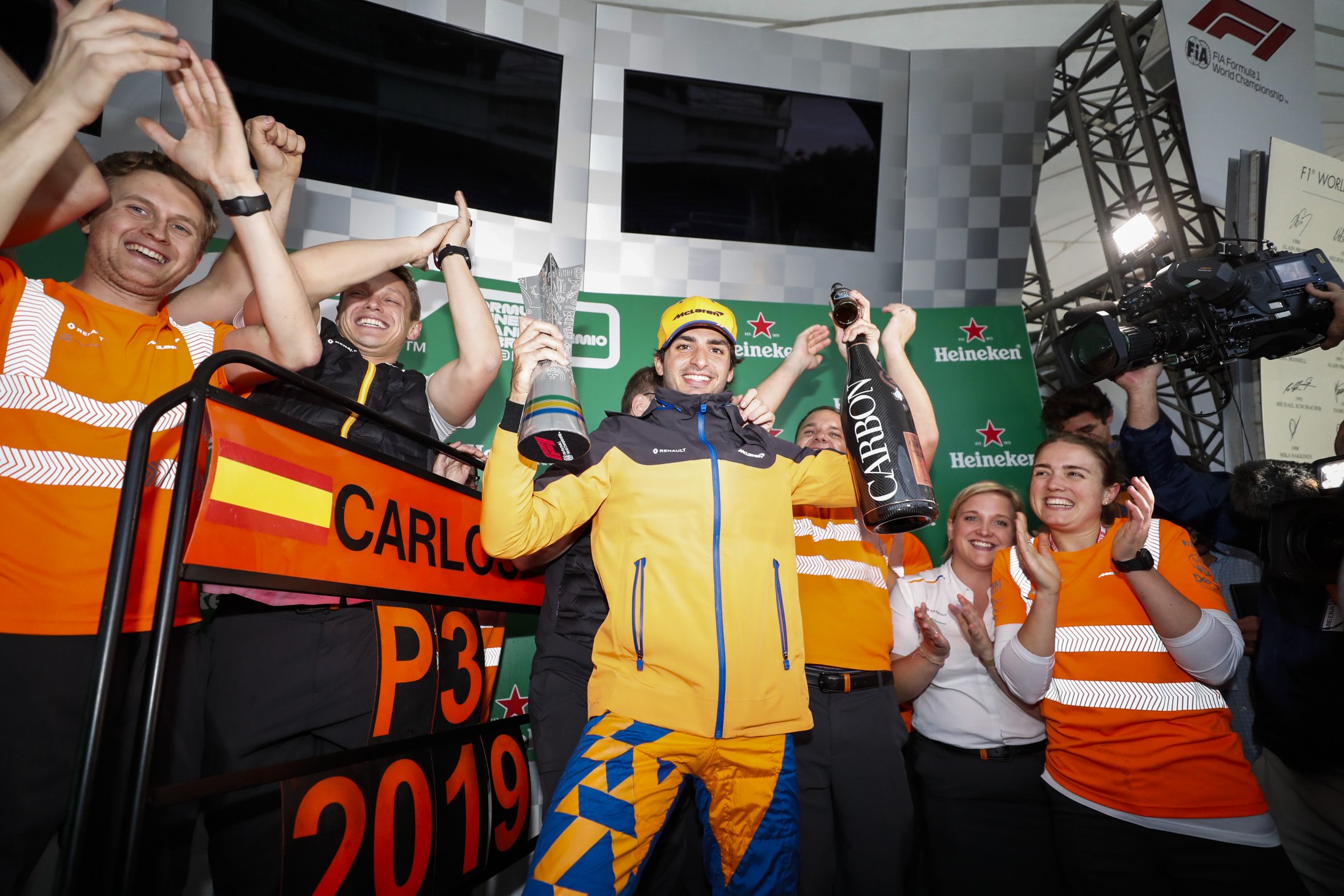 The decision was taken after the podium ceremony, which Hamilton participated in, before the announcement which promoted Sainz to third place.

“It’s a weird first podium not being there straight after the race,” the McLaren driver admitted. “But I’m extremely happy with our race today.

“To finish third coming all the way from the back of the grid was a big challenge, but we fought until the end with everything we had.”

Sainz started the race dead last after a power unit problem in qualifying prevented him from setting a lap time in Q1. He ran a different strategy to most of his rivals, running a long first stint, which paid off when the Safety Car was deployed twice at the end of the race.

“It was a very eventful race and I think I was the only car to do a one-stop strategy,” he said. “It was really difficult to hold the other midfield cars behind after the two Safety Car restarts, but I managed to defend my position well and took advantage of what happened at the front of the race.”

On his worn tyres, Sainz held off Kimi Raikkonen’s Alfa Romeo for what turned out to be the final podium position.

“I had literally no grip,” he said. “I was wheelspinning in fourth and fifth gear. At the restart I was simply so slow so I put no energy in the tyre.”

“The rally skills were certainly helping to handle the car and from then onwards just defend, defend, defend as I could,” he added.

“To start last and come through the field like I did today where every move I did, every defence move, every attack, worked exactly how I wanted it was very special.”

The McLaren team went up on the podium separately after the ceremony to celebrate their first podium finish since the 2014 Australian Grand Prix.