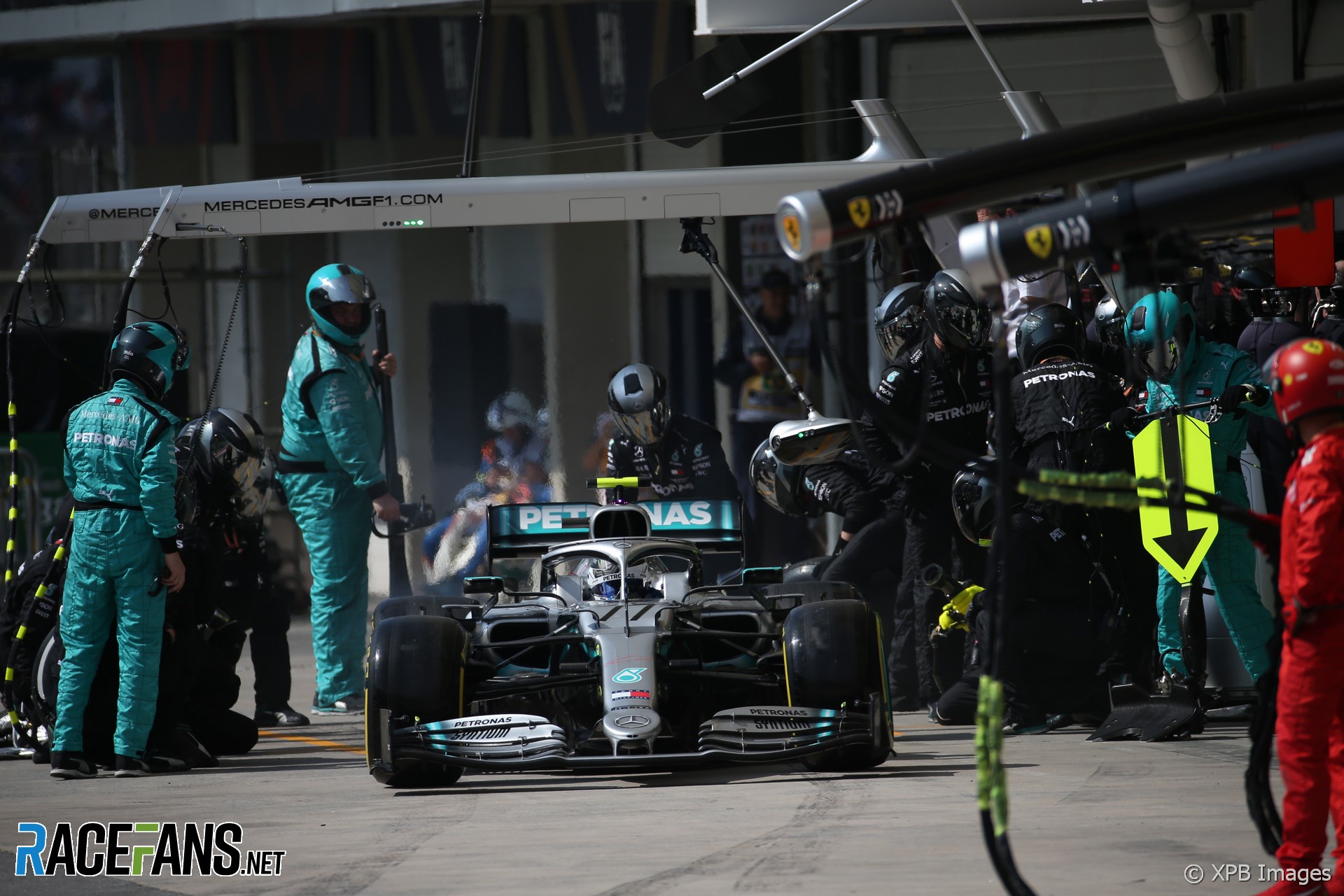 Valtteri Bottas admitted he was surprised Mercedes gave up on their attempt to get him through the race on a one-stop strategy.

Bottas made his first pit stop later than the other front-runners and switched to the hard tyres in an attempt to run to the end of the race.

“I aimed to be going long in the first stint and tried to save the tyres a bit,” he explained. “But still I think I was lacking a bit of pace in the first stint due to quite a bit of understeer, especially through the middle sector. So I was dropping back behind further away than ideal, so then I went onto the hard tyre.”

But Bottas began to drop back from the leaders early in his second stint. The team abandoned their attempt to get Bottas through the race with a single pit stop when Alexander Albon began to get close, and Bottas was back into the pits a second time before most of his rivals.

“I felt still that [a one-stop strategy] could be possible, but we stopped to cover Albon I think,” he said. “From my side I was a bit confused and I questioned the stop.”

His retirement later in the race left “a question mark if I could’ve made it to the end or not,” he said. “In theory not but I thought that would be the only chance really.”

Bottas was trying to pass Charles Leclerc when a power unit problem put him out.

“I think there was a bit of smoke. I didn’t actually see the smoke, but they reported it to me and I couldn’t feel any loss of power but it just switched off.”