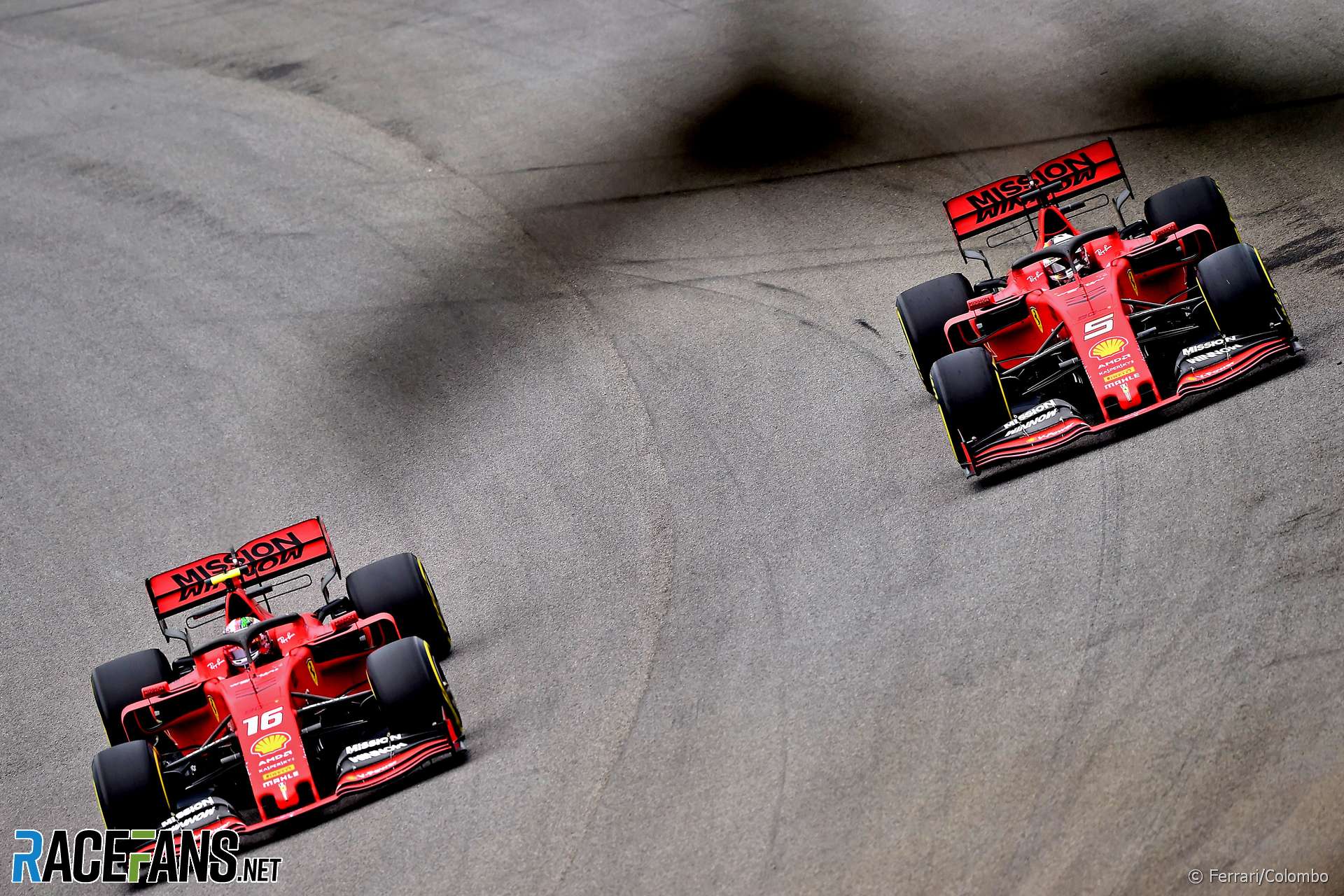 Sebastian Vettel and Charles Leclerc will explain the collision which put both Ferraris out of the Brazilian Grand Prix to team principal Mattia Binotto in a meeting at the team’s headquarters.

The pair collided on the 66th lap of yesterday’s race after Leclerc had passed Vettel for fourth place. Vettel was trying to retake the position when they made contact approaching turn four.

Binotto spoke briefly to both drivers following the crash. He said this was to remind them before they spoke to the media that “the only thing I would have been happy to hear is that they were sorry for the team.”

He will speak to both drivers at greater length at the team’s Maranello base after they have studied the data from the collision.

“I’ve not reviewed it yet,” said Binotto. “I don’t want to do it today. I think that when doing things in heat we may have the wrong conclusions.

“I heard both drivers but they will come as well, together with them, to discuss again what happened today. And there will be time for the team to analyse all the video and the data.

“Whatever will be the judgement, the more important thing is that today we are disappointed and sorry for the team. We are, but first the two drivers should be, sorry for the team because it has been a very small crash was big consequences. A silly thing that should not happen.”

Vettel and Leclerc were previously called to meetings at Maranello over the events of the Russian Grand Prix, where Vettel ignored repeated calls from the team to let Leclerc pass him. Afterwards Vettel admitted he had been wrong to defy the team’s orders.

The pair were cleared by the stewards in Brazil for the collision. Binotto was also unwilling to single out either of his drivers for blame.

“It’s a matter of recognising, eventually, what has been the actions and the mistakes,” he said. “And I think that whatever you are, a driver, an engineer, whatever you are doing, recognising mistakes is important because that can only make you better.