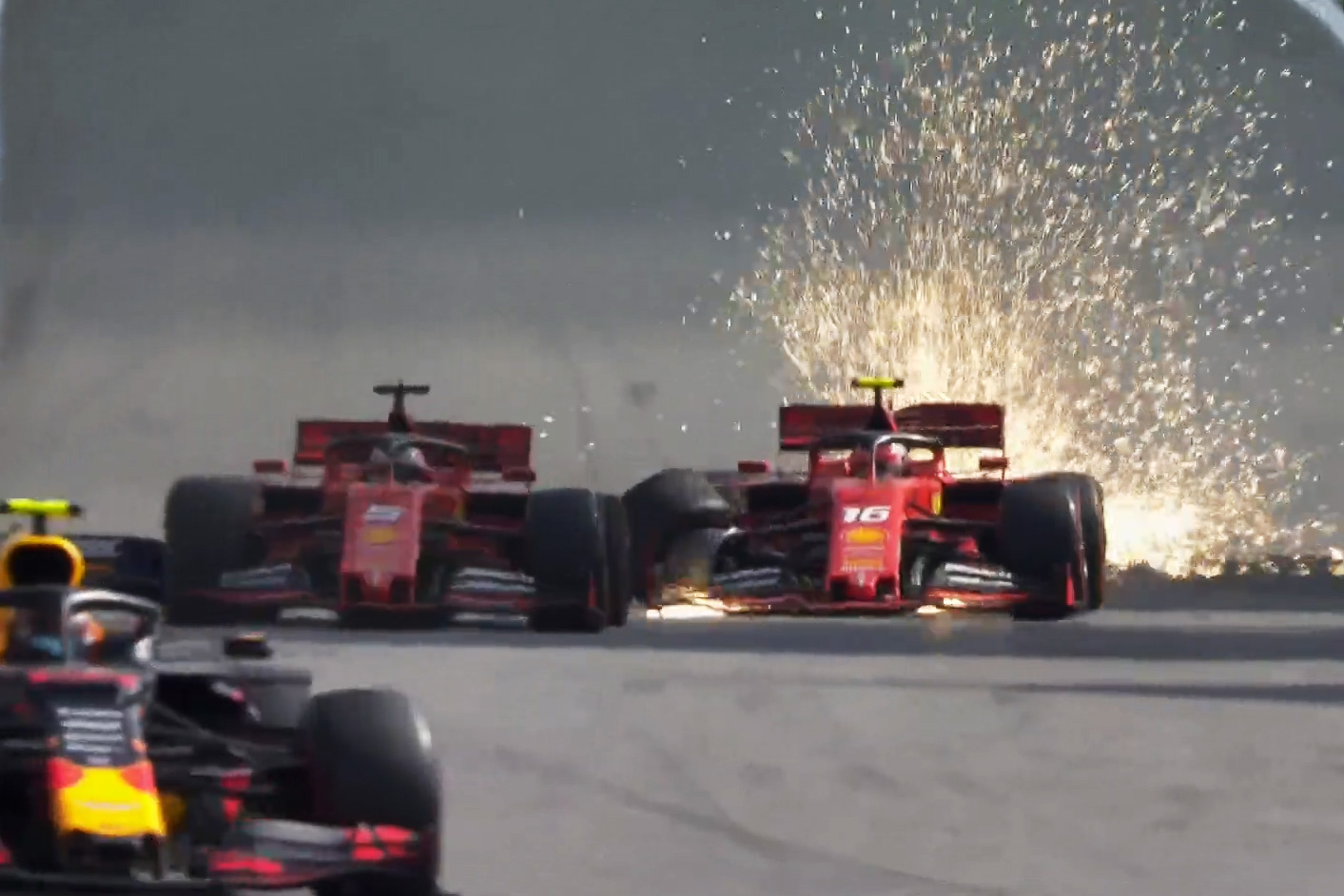 One of the Ferrari drivers involved in the crash which wiped both cars out of yesterday’s race, according to Formula 1 motorsport director Ross Brawn.

He refused to blame either Sebastian Vettel or Charles Leclerc for their lap 66 collision. But he compared them to the example of Lewis Hamilton, who immediately took blame for his clash with Alexander Albon later in the race.

“I wouldn’t want to venture an opinion on who was most at fault for the collision,” said Brawn after the race. “But in the cold light of day, maybe it would be good if one of them will follow Hamilton’s example and immediately admit culpability, as the champion did regarding his clash with Albon.”

The stewards ruled neither driver was wholly responsible for the collision.

The former Ferrari technical director said the fact neither Ferrari driver was in contention for the win made the collision more galling frustrating for the team.

“It’s never nice when team mates knock one another out of a race, even more so when it’s not even a particularly important result that goes begging, as in this case, third place in Brazil was the most they could aspire to.”

“After tensions flared in the races following the summer break, everything seemed to have calmed down in the Ferrari dressing room. But now, Mattia Binotto faces the tough task of getting things back on track and indeed he said just that in his interviews after the race.

“He had to get stuck in and tell the drivers to face up to their responsibilities, which in Maranello always means putting the interests of the team ahead of those of the individual, which was not the case in yesterday’s race.”

“If Ferrari really wants to put an end to Mercedes’ dominance, not only does it need to provide its drivers with a more competitive car next year, it must also ensure that incidents like this one are not repeated,” Brawn added. “Formula 1 is a team sport, especially so in Maranello.”