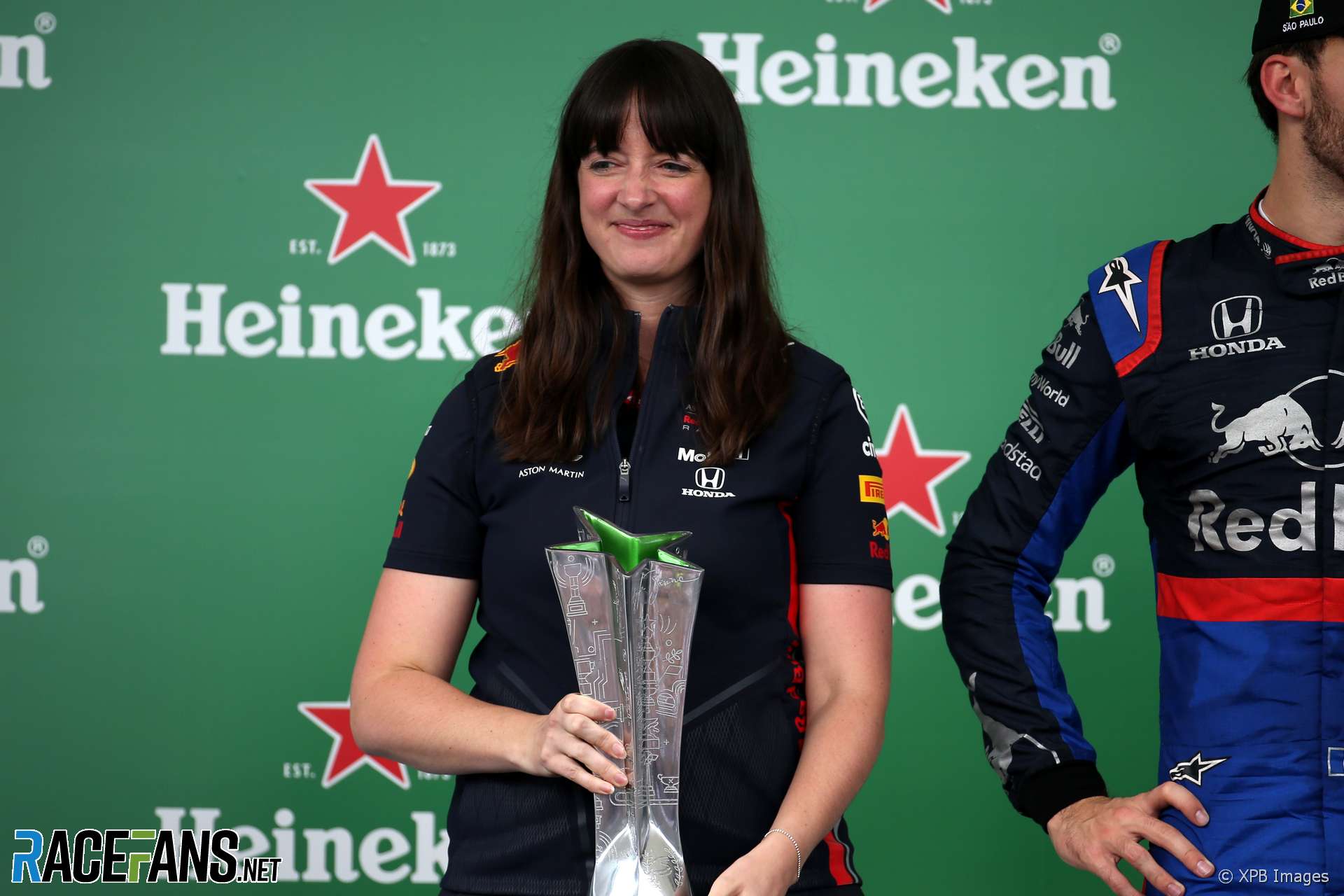 Red Bull rewarded its chief race strategist Hannah Schmitz with a trip to the podium for her “brave” decision to pit Max Verstappen during the Brazilian Grand Prix.

Team principal Christian Horner said Verstappen “trusted and accepted” the team’s call to bring him into the pits during the first Safety Car period, even though it meant handing the lead to Lewis Hamilton.

“At that point it’s like a game of chess,” said Horner. “You know, as the leader, the following car will only do the opposite. So to give away track position is quite a brave thing to do. You have to be confident that we can make a pass on-track.”

However Verstappen had already passed Hamilton earlier in the race on similar tyres. “We’d done it once with Max before and we felt that with that tyre advantage here, if he only conceded one position, he could do it again.” When the race restarted Verstappen immediately passed Hamilton again and went on to win the race.

The call to pit Verstappen was made by the team’s senior strategy engineer Hannah Schmitz, who was rewarded for the call with a trip to the podium.

“Hannah has been with us in the strategy team for several years,” said Horner. “She took maternity leave last year and then returned to work after her maternity leave on a full-time basis.

“She has a significant commute to work, she drives for hours every day. But she has a commitment and that passion for her job and I think it’s great.

“She made the strategy call today and I felt it was right to reward her with going to get the trophy. And I think it’s a great fillip for working mums. She’s an important member of our team.”