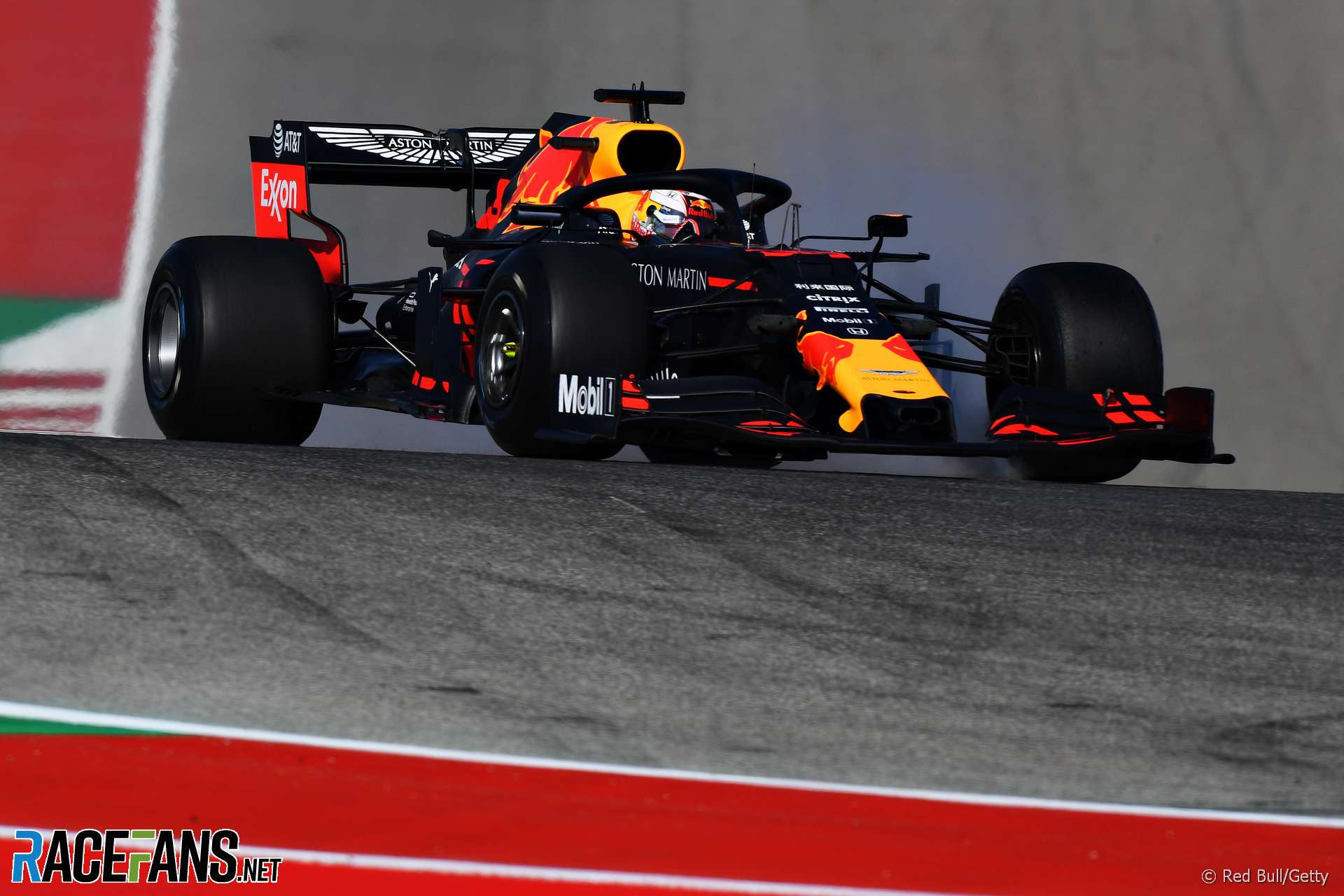 Pirelli expects the post-season test at Yas Marina will address teams’ concerns over its new rubber for the 2020 F1 season.

But its head of F1 and car racing Mario Isola said the supplier is prepared to use its 2019 compounds again next year is teams remain unconvinced by its changes for next season.

Several drivers said they were unimpressed with the new rubber after testing it in the first practice session for the United States Grand Prix. However Pirelli said the especially cold conditions at the Circuit of the Americas obscured the progress which has been made.

“The new construction is designed to work at a different pressure,” Isola explained. “The concept behind the construction when we started to develop this idea was mainly because we considered that every year the performance of the cars is increasing and the only reaction we have, the only tool that we have using the same construction, is to increase the [tyre] pressure.

“If we want to avoid increasing the pressure we need to design a tyre that has higher integrity resistance. And we did it, the new construction has these characteristics.”

Pirelli hopes to validate this change in the test at Yas Marina.

“What we want to do in Abu Dhabi, where we have the time to look after the set-up of the car, look after the aero package of the car and give them a number of sets of tyres in order to make a proper comparison on different level of compounds, is also to consider different pressures for 2019 and 2020. That’s important to make a test that is reliable, is comparable, because the new construction has to be used in a different way.”

Isola pointed out teams were initially sceptical of the changes made to the tyres for this year but eventually accepted them. “When you have something new, it takes a bit of time to understand the tyre and to extract the maximum performance from the tyre,” he said.

“It happens every year: Last year the teams were a bit against the new 2019 construction, but at the end of the day it was an improvement because this year we had much less blistering. I don’t want to say close to zero, but much less. The compounds were spaced in the right way: we usually we have a 0.7, 0.8, 0.9 second per lap time difference. The degradation was not very high we had all the three components used in most of the races, we had different strategies.

“If I look at the current product, it works well. But the idea is that for 2020 we have a step in the direction of keeping the pressure at a lower level, reducing the level of the overheating [and] trying to use new compounds that have a wider working range.”

However Pirelli is prepared to use the 2019 tyres next year if a clear majority of teams prefer them.

“We want to test the 2020 construction properly in Abu Dhabi and after the test we analyse the data. The teams have the option to ask for a change. If more than 70 percent of the teams are of the same opinion – if there is this decision, based on technical evidence that the 2019 for any reason is working better than 2020 – we have no issues in keeping the 2019 tyre because it’s a good product. So there is no reason to be against this decision.

“Obviously we need to understand why we did one year of testing and then we have a different result. That’s important for the future. Otherwise, if we confirm in Abu Dhabi that the positive results that we had during our development are confirmed, we go in the direction of 2020. At the moment the homologated construction is the 2020 so we are planning to go to 2020 with the new one.”