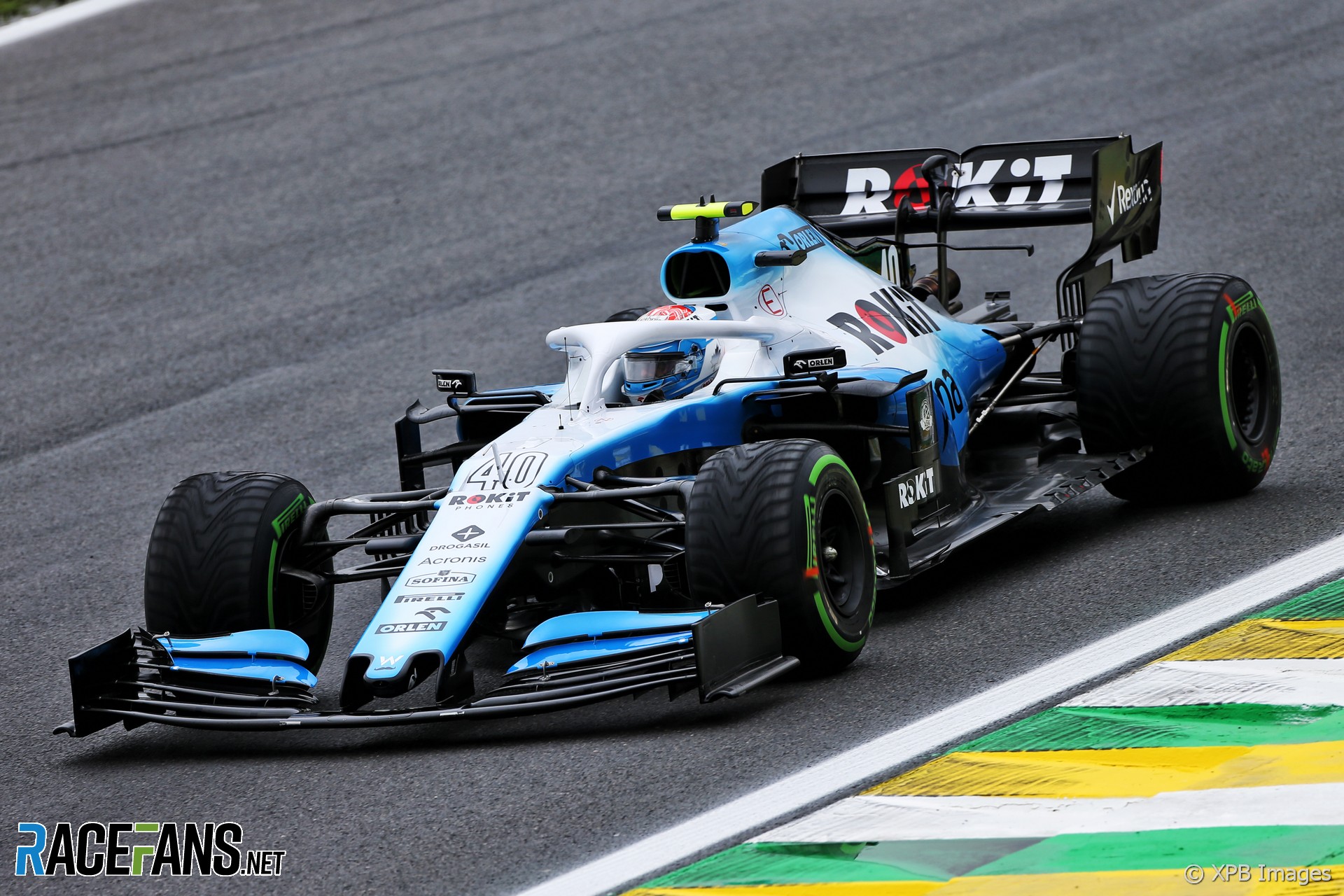 In the round-up: Williams deputy team principal Claire Williams says the team didn’t want to distract its reserve driver Nicholas Latifi from his Formula 2 commitments by concluding his F1 seat deal earlier in the year.

[icon2019autocoursempu]Latifi was announced last week as the team’s new driver for the 2020 F1 season alongside George Russell. He will test for them at Yas Marina tomorrow:

We’re really excited that we’ve been able to announce this. It’s obviously been a long time coming. Not so much of a surprise for anybody, but we’re really pleased that Nicholas is going to step up next year and something that we have been or have had under consideration for a while, [we’ve had] a lot of conversations internally and obviously with Nicholas as well.

We also wanted to afford Nicholas for the opportunity to continue the F2 campaign and focus on that rather than being distracted by any earlier kind of announcement. But it probably was an inevitability and one that we’re really delighted about and really looking forward to seeing how Nicholas does next year.

He’s been a fantastic part of the team this year as our reserve driver. He’s done a number of [first practice] sessions and test days.

I think he just has the right kind of personality as well that we’re looking for in our drivers at Williams, so [I’m] really pleased.

💬 @Carlossainz55 with a message to the fans following yesterday's #AbuDhabiGP 🧡 pic.twitter.com/lOrIXtntGu

"If you look at the grid in Formula E then most have recent sports car experience and I think the strategic element of endurance and what you learn from it gives you a lot of skills useful in Formula E too."

"Jamie Chadwick will join Absolute Racing to compete in the 2019/2020 F3 Asian Championship certified by FIA this winter – beginning at Sepang in Malaysia just two weeks from now, on 14th/15th December."

"Chassis no219 was the one auctioned, driven to three wins in 2002: Imola, Zeltweg and Magny-Cours. The last race secured Schumacher’s fifth drivers’ championship with six races remaining."

"Leclerc was racing under suspicion because the FIA had measured that his fuel level was 4.88kg different to that declared by the team. A €50k fine seems to have sorted that maladministration but there's no doubting that the FIA with added 'enthusiasm' from Mercedes and Red Bull are determined to close down any loopholes and grey areas that Ferrari may have found for generating extra power using hydrocarbons. There's no doubt that something is up given various conversations I had over the weekend."

"This evening, at a ceremony held at the Automobile Club de France in the heart of Paris, 29 champions from the world of endurance racing were inducted into the FIA Hall of Fame."

Does Zandvoort’s final corner need to be banked?

I really don’t like how the addition of the banking at the final corner seems to be done purely to extend the DRS zone.

Altering the circuit to be able to use an artificial gimmick that will hopefully not even be around beyond next year isn’t something that circuits should be doing in my opinion.
@Gt-racer