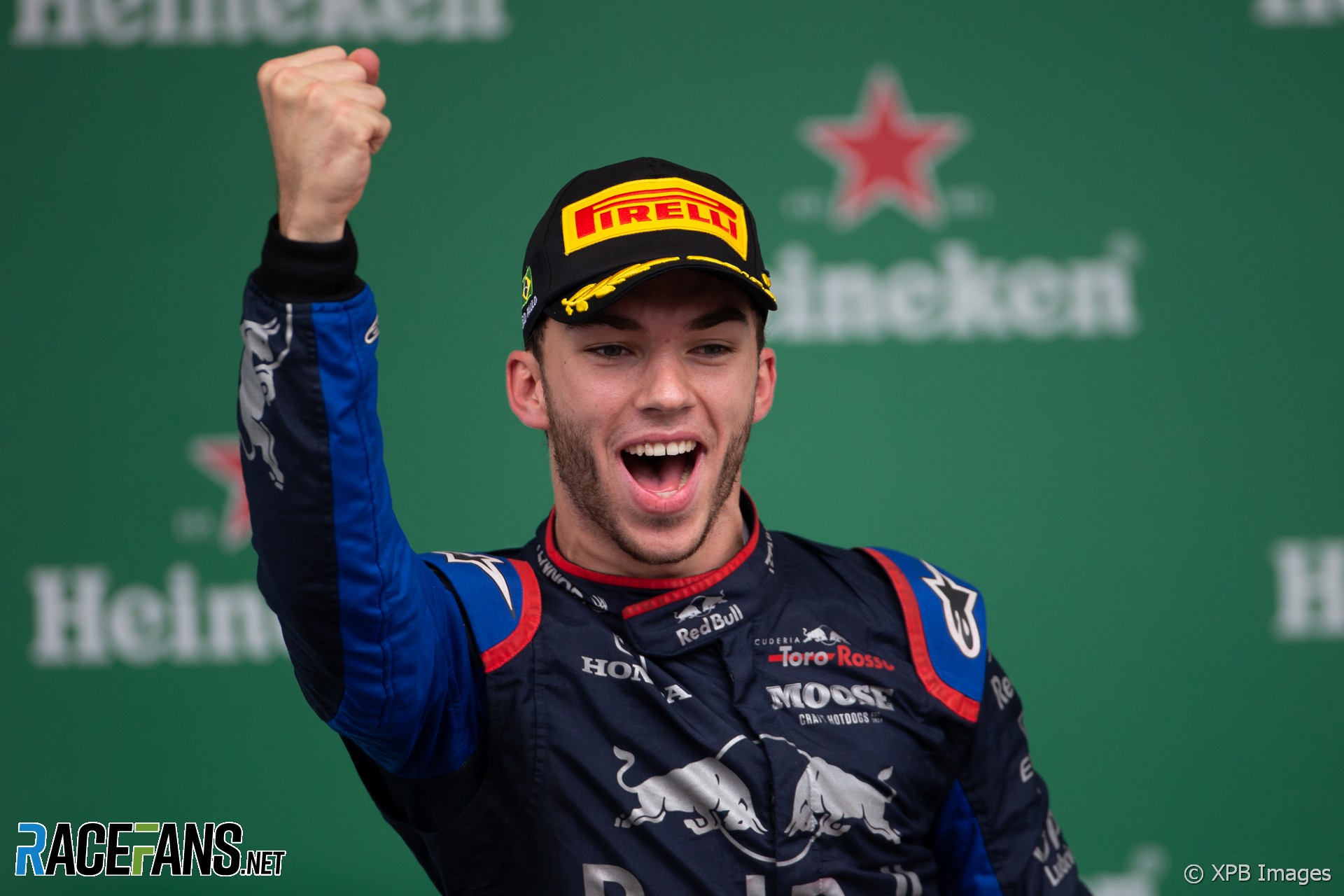 If anyone had a season of two halves it was Pierre Gasly. Or, to put it another way, what a difference a change of chassis makes.

He started the season in a Red Bull and ended it in a Toro Rosso. At mid-season, the senior team decided it could no longer endure the weak results he was getting in an RB15 which Max Verstappen was winning races with. Gasly was consistently the last driver among the top three teams to reach the chequered flag, often lagged behind a midfielder or two, and at times was even lapped by Verstappen.

The first sign of how tough things were going to be for Gasly came when he failed to progress beyond Q1 in Melbourne. Improvements came slowly: Gasly took sixth in China, but over a minute behind Verstappen, having made an extra pit stop to score the fastest lap bonus points. Spain and Monaco were better, though in Austria he finished a lap behind his race-winning team mate.

Silverstone raised hopes that the solution had been found: Gasly followed Verstappen’s lead on set-up, produced his most convincing race of 2019 to that point, and was even the first Red Bull home after Sebastian Vettel rear-ended Verstappen.

It didn’t last. He went off three times in four laps in Germany, then retired after tangling with Alexander Albon – the driver destined to replace him. Hungary was another horror show: He followed Carlos Sainz Jnr’s McLaren home. At that point Red Bull gave their damning verdict on Gasly’s dozen starts for them.

Gasly left the Hungaroring a Red Bull driver and returned, glumly, at Spa, in Toro Rosso gear. His return became unimaginably worse when, on Saturday, his childhood friend Anthoine Hubert was killed during a Formula 2 race.

Showing great fortitude, Gasly fought on and scored points in his first race back at his old team, despite a brief off at Les Combes. That kick-started a much better second part of the season.

[icon2019autocoursempu]By this point in the season the Toro Rosso was usually good enough for no better than the fringes of the top 10, and when Gasly didn’t make it into Q3 the benefit of starting fresher tyres played into his hands. This was the case at Singapore and would have been so in Abu Dhabi had he not been hit by Lance Stroll on lap one.

Gasly coped superbly with suspension damage in Japan to boost his points tally further, inherited another top 10 finish when he team mate rammed Nico Hulkenberg in Mexico, but the best came at Interlagos. In qualifying Gasly left Kvyat behind, then led the midfield as he pleased all race. When the front-runners started tripping over each other, that opened the door for him to take a magnificent second place.

Against all expectations, a driver whose F1 days appeared to be numbered at mid-season, had demonstrated exactly why Red Bull had given him a chance in the first place.

What’s your verdict on Pierre Gasly’s 2019 season? Which drivers do you feel he performed better or worse than? Have your say in the comments.