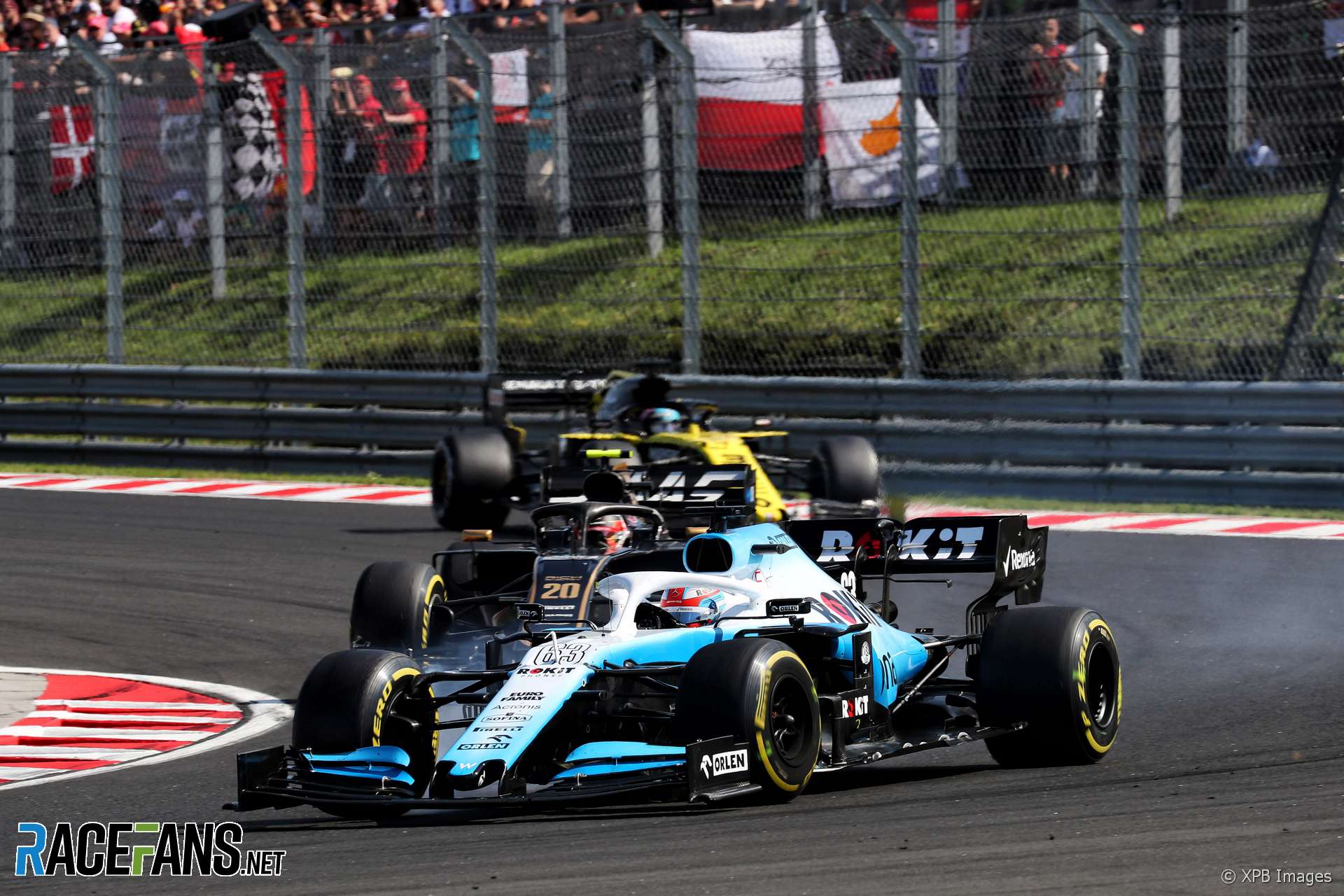 Lumbered with a car which was, on average, almost 2% slower than any other car over a lap, George Russell’s opportunity to show what he was capable of was always going to be limited.

He had Robert Kubica to race, of course, but a thumping 19-0 victory on Saturday (excluding the two sessions where his team mate did not set a qualifying time) tells you everything you need to know about his raw speed. Russell almost invariably took the chequered flag ahead of Kubica as well.

He should have scored the team’s only point of the year in Germany, but that went to Kubica. There were two reasons for this. Firstly, had Williams heeded Russell’s eagerness to switch to slick tyres at the same time Daniil Kvyat and Lance Stroll made their races by doing so, he could have propelled himself much further up the field. But in the final reckoning it was an unforced error which cost Russell his position and the point to his team mate.

Nevertheless, over the balance of the season Russell demonstrated clear superiority of his team mate, the likes of which was only seen to a comparable extent between Max Verstappen and Pierre Gasly at Red Bull. Russell nearly put Kubica a lap down at the Red Bull Ring, and came incredibly close to giving Williams their only Q2 appearance of the season at the Hungaroring.

Where Russell really stood out was his ability to occasionally drag the FW42 home ahead of better cars. Six times a Haas finished behind him, something Kubica managed just once. Russell beat Kimi Raikkonen and Antonio Giovinazzi four times each; Kubica’s combined record against the Alfa Romeo drivers was half as good, and he only led Raikkonen home once.

As the season ran its course, Russell found fewer opportunities to draw an eye-catching result out of the Williams. He tended to out-qualify Kubica but was often more circumspect at the start and lost out to his team mate on several occasions, though he almost invariably regained the advantage later in the race.

He took advantage of Raikkonen’s first-lap collision at Spa to beat the Alfa Romeo and came within a lap of beating a similarly disadvantaged Vettel at Monza. He didn’t reach the chequered flag in Singapore, after a rare tangle with Romain Grosjean, or in Russia where a car failure put him into a barrier. But he battled to the end at Suzuka in spite of wildly fluctuating brake performance which he described as being borderline dangerous.

A chaotic race in Brazil gave him the chance to snatch 12th – the team’s third-best result of the year – but the season finale was the usual slog at the rear of the field.

Figuring out exactly how good Russell is compared to his rivals is frustrated by the quality of equipment he had at his disposal. The FW42 often wasn’t quick enough to race with other cars, or its drivers were hamstrung by the need to preserve the team’s stock of parts.

What we can say with certainty is that Russell’s talent is one which deserves a better car at its disposal. Hopefully next year Williams will supply one.

What’s your verdict on George Russell’s 2019 season? Which drivers do you feel he performed better or worse than? Have your say in the comments.