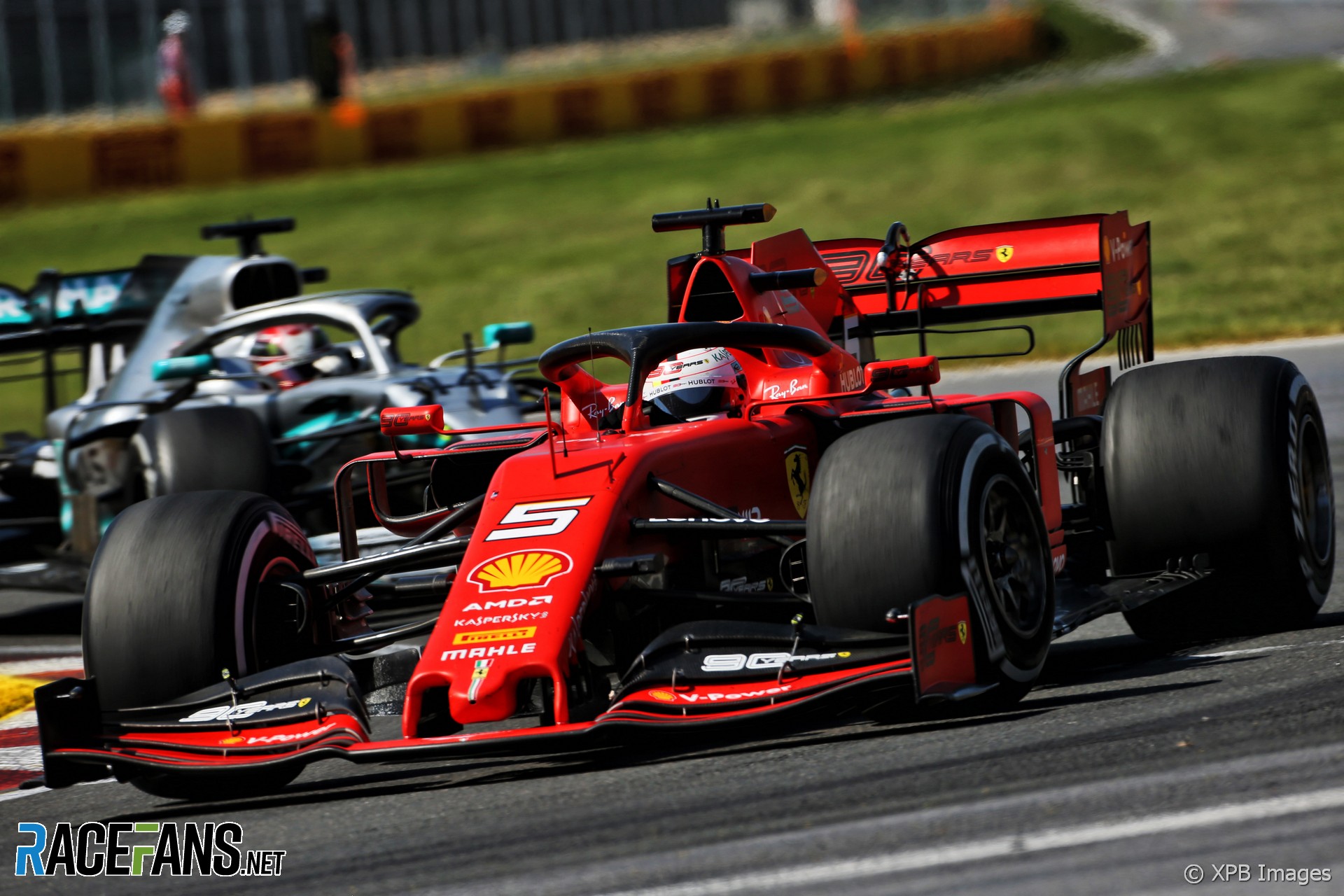 The persistent innuendo during 2019 around Sebastian Vettel’s future – a potential departure from Ferrari, return to Red Bull, or exit from F1 entirely – reflected how disappointing his season was.

In raw performance terms the season was not a disaster. But in terms of his standing within the sport and his team as a four-times champion up against a potential star of the future, 2019 may have done terminal damage to Vettel’s prospects of challenging for another world championship. He was badly shown up by Charles Leclerc first in qualifying and then in races as well. This had an obvious effect on his driving, which featured too many costly mistakes.

Vettel had a better handle on the SF-90 at the beginning of the season and dominated Leclerc in the qualifying scoreline over the first half-dozen races. But as Mercedes started the season strongly, Vettel failed to convert any of these opportunities into wins.

Bahrain could have been one, but Leclerc was far quicker, and Vettel spun off while battling Lewis Hamilton. In Canada he went off under pressure from the Mercedes driver. This earned Vettel a penalty which Ferrari loudly condemned and vainly protested, despite its obvious similarity to a call which went in their favour at Suzuka the previous year which Vettel supported at the time.

He failed to out-qualify Leclerc in all of the next nine races, though car problems were to blame in Austria and Germany. But while Vettel’s one-lap touch temporarily eluded him, he was still capable of turning in excellent drives on Sunday.At a damp Hockenheimring he exorcised the demons of 2018 by racing from last to second, and in Hungary passed Leclerc for the final podium spot as Ferrari struggled.

But these drivers were interspersed with some serious lows. At Silverstone he clumsily ran into Max Verstappen. Worse came at Monza, where he spun off while under no pressure, then pulled onto the track as Lance Stroll arrived, causing a collision.

That blundering performance in Italy came as Leclerc turned up the heat even higher. Having already taken a breakthrough win in Belgium, Leclerc failed to give Vettel a tow in the final Q3 runs at Monza as arranged, and motored to a second win from pole position. Vettel won next time out in Singapore, but his only victory of the year was a hollow triumph, inherited from his pole-winning team mate thanks to a Ferrari strategy which looked like payback for Monza.

Relations between the pair remained rocky until the end of the year. Under a pre-race arrangement at Sochi, Vettel was required to let Leclerc pass him for the lead, but repeatedly ignored the team’s orders. A power unit failure ended his race.

[icon2019autocoursempu]The worst came in Brazil. For Vettel, the race swung frustratingly against him: He was on the fringes of the Verstappen-Hamilton fight for the lead when a Safety Car period brought his delayed team mate onto his tail. Leclerc, enjoying the benefit of fresh rubber, dived past Vettel from range at turn one. Vettel came back at him out of turn three, but needlessly squeezed his team mate as he came past, triggering a collision which looked like an action replay of Istanbul 2010.

Vettel’s season was not without fine performances and he was clearly capable of dishing out a beating to his junior team mate at times. He planted his Ferrari on pole position at Suzuka, which would have teed him up for a crack at victory had he not spoiled his start by moving too soon. A strong second to Hamilton in Mexico, which cold easily have been a win had Ferrari’s strategy been sharper, gave further indication that Vettel had mastered the SF-90 by the end of the year.

But the vexing question for Vettel remains just how can he cut out the costly errors which have come to define his past few seasons at Ferrari?

What’s your verdict on Sebastian Vettel’s 2019 season? Which drivers do you feel he performed better or worse than? Have your say in the comments.