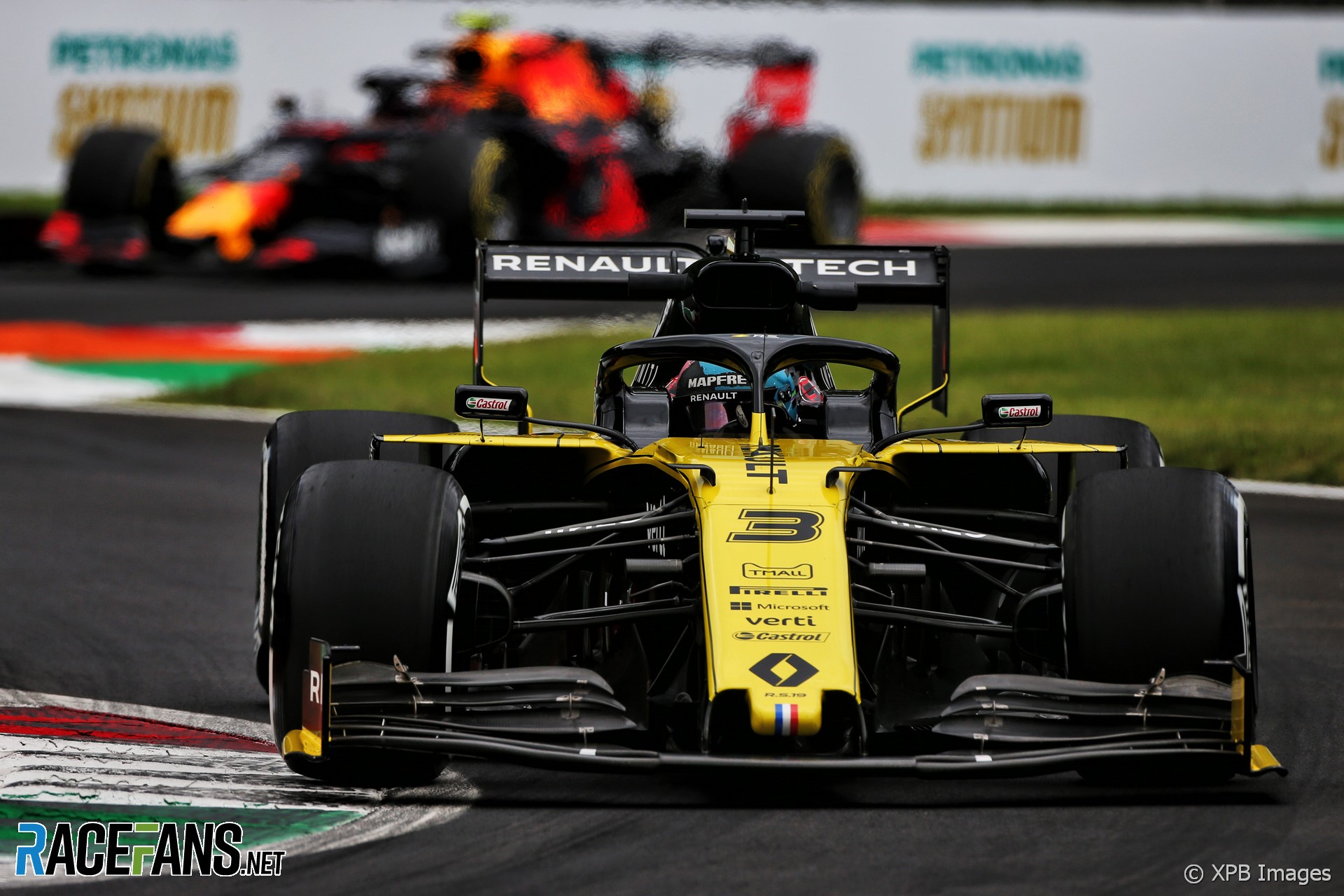 Daniel Ricciardo took little time to assert his supremacy at Renault and start producing some of the top-drawer performances the team was hoping to see when they prised him away from Red Bull.

He admitted it took several races for him to feel fully comfortable in his new environment. But he soon started showing team mate Nico Hulkenberg the way, out-qualifying him seven times in the first eight races. Ricciardo’s qualifying lap in Canada was particularly inspired, good enough to beat Pierre Gasly’s Red Bull and even Valtteri Bottas’s Mercedes.

The RS19 was not regularly capable of feats like this but when it was, Ricciardo usually took full advantage. At Monza he passed Hulkenberg early on and pulled clear of his team mate to claim Renault’s best result of the season with fourth. It was one of four occasions Ricciardo led the midfield home – something Hulkenberg never managed once.

But the pressures of racing in the midfield told at times. Ricciardo made a few mistakes of the kind we seldom saw from him during his Red Bull years. It started at the very first race, where he ripped off his front wing on a bump mere seconds after the start.

At times he appeared to be trying too hard to make his Renault perform the kind of heroics his old car was capable of. In Mexico after attempting a late-braking move on Sergio Perez the Racing Line driver joked Ricciardo could only perform such feats in a Red Bull. The joke had a ring of truth about it.

A lunge down the inside of Daniil Kvyat at Baku was similarly over-optimistic. Ricciard then provided one of the season’s best ‘blooper reel’ moments by reversing into his rival in the run-off area.

In France he got greedy on the final lap and committed two fouls as he passed Lando Norris and Kimi Raikkonen. This was highly unusual for Ricciardo, who’s previously tended to steer clear of penalties, yet scored more than anyone bar Sebastian Vettel this year.

By the second half of the season it was clear Ricciardo had a much better measure of the Renault, and he turned in some of his best performances of the year. Austin was a highlight, where he passed Norris early on, then held on to the ‘best of the rest’ spot under fierce pressure over the closing laps. Mexico, Perez’s ribbing notwithstanding, was another fine drive.

Both Renault drivers had to put up with frustrations on the technical side including a spate of failures during races. At Suzuka both the team’s cars were thrown out after the Suzuka race on a contentious technicality. Ricciardo already had some experience of this, being demoted to the back of the grid in Singapore, an especially frustrating venue to take such a penalty.

Ricciardo saw more of the cut-and-thrust of the midfield fight this year than he probably expected to when he signed for Renault in the summer of 2018. But he proved himself capable of being the leader the team needs.

What’s your verdict on Daniel Ricciardo’s 2019 season? Which drivers do you feel he performed better or worse than? Have your say in the comments.