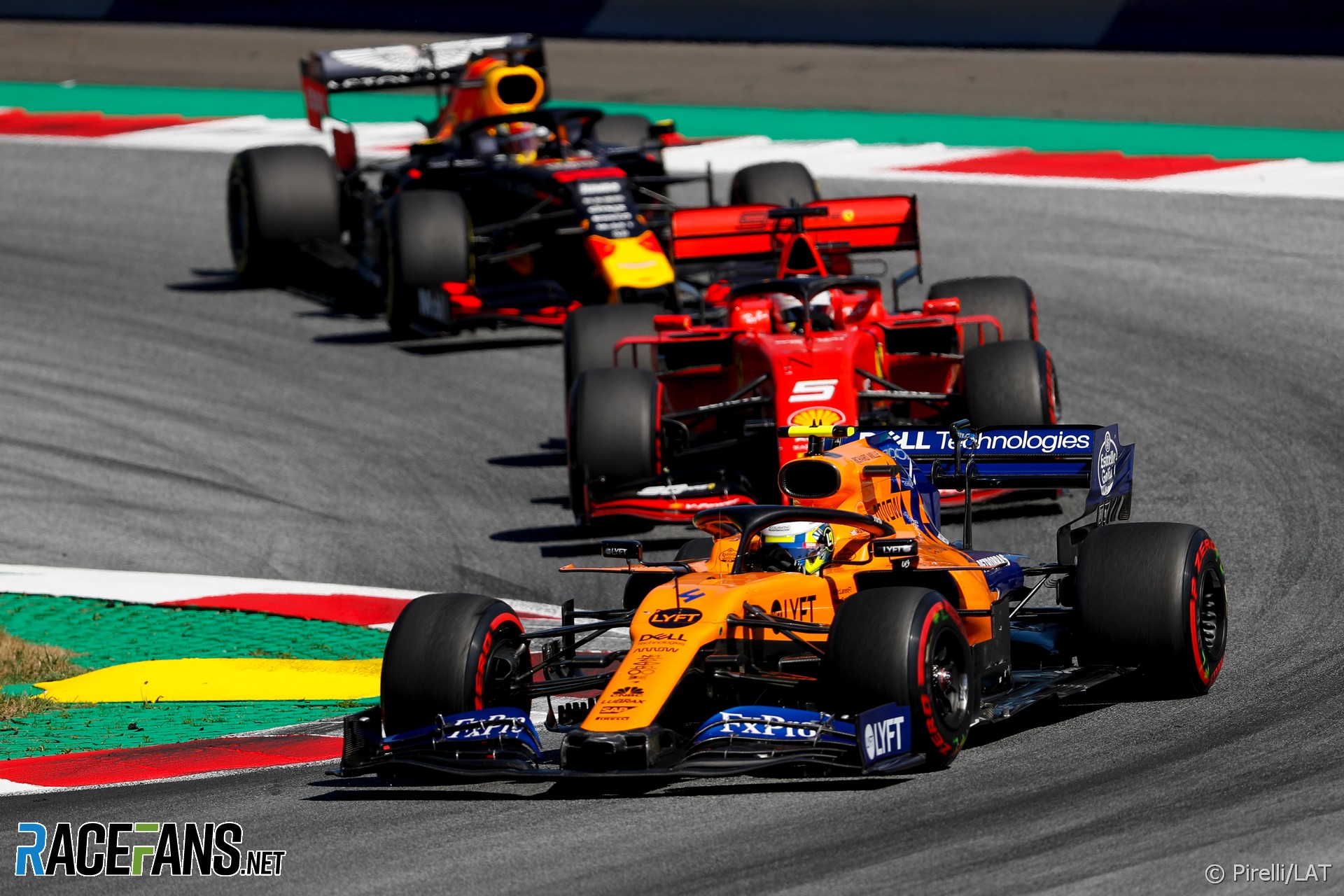 Which Formula 1 driver gives the most uncompromisingly tough verdict on their efforts after a sub-par performance? It has to be a close contest between Charles Leclerc and Lando Norris.

But while Norris’s debut campaign was not without areas for improvement, he got an awful lot more right than wrong.

Norris was quick to justify the hype which followed his junior career by sticking his McLaren eighth on the grid first time out in Melbourne. This set a trend for consistently strong qualifying performances: While team mate Carlos Sainz Jnr was the top points-scorer in the midfield, Norris was the best qualifier.

While this wasn’t always reflected in his race results, he said this was partly by design. Over the first half of the season Norris preferred a deliberately conservative approach to the start of races. He tended to lose places at the start as he prioritised getting to the finish. It didn’t always work – Daniil Kvyat took him out on the first lap in China – but the more often he reached the chequered flag, the more his confidence grew.

Nonetheless Sainz opened up a gap over him in the points as other problems took their toll – a tangle with Lance Stroll in Spain and a brake failure in Canada. Norris narrowly missed the points in Monaco and Britain, but was in superb form at the Red Bull Ring, scrapping with Pierre Gasly and Kimi Raikkonen on his way to sixth place.

Unreliability problems persisted into the second half of the season. Norris suffered especially cruel luck in Belgium, where he started well and was on course for a strong finish until his engine died with a lap to go. It wasn’t the last result he would lose to misfortune either: The team botched his pit stop in Mexico and Leclerc’s debris wrecked his race in Japan.

These problems tended to coincide with his better drives. Elsewhere he usually picked up points but also tended to lag a few tenths behind Sainz. But he clearly gained confidence as his rookie season went on, giving away fewer places at the starts as he fought his corner that bit harder.

Norris’s characteristically fierce self-criticism came to the fore again over the final races. In Brazil, Sainz motored from last on the grid to the podium, while Norris languished in the lower reaches of the points. On the radio heading back to the pits, Norris chided himself for a “shit slow” drive. Realistically, he’d gambled on a set of hard tyres which no one had found particularly good lap times from.

Having already led the midfield home three times, Norris was on course to do it again in Abu Dhabi, but on worn tyres he fell victim to a superb pass by Sergio Perez on the final lap. It cost him a top 10 finish in the championship, but with only fractionally better luck he would easily have been ninth. This was a generally very impressive debut season for Norris – he can afford to be a bit less hard on himself in 2020.

What’s your verdict on Lando Norris’s 2019 season? Which drivers do you feel he performed better or worse than? Have your say in the comments.